A group of protesters gathered in Boston on Thursday arguing that the city needs to reform “Methadone Mile,” a stretch that is known for homeless tents and public drug use.

Protesters demanded Mayor Marty Walsh and Gov. Charlie Baker make immediate changes to the area through policies including treating opioid use as a public health crisis and increasing funding for police patrols. The area is located on one part of the busy Massachusetts Avenue that cuts through the city’s Roxbury neighborhood, according to The Daily Free Press.

“As a community, or as taxpayers, we shouldn’t feel like we need to walk on eggshells when we’re going for a walk in the neighborhood,” said Anyssa Buchanan, a member of the South End-Roxbury Community Partnership, according to The Daily Free Press.

She continued, “Our first instinct shouldn’t have to be looking around and making sure needles aren’t on the ground.” (RELATED: Boston Police Officers Charged With ‘Stealing Taxpayer Money’ In $200,000 Overtime Scheme) 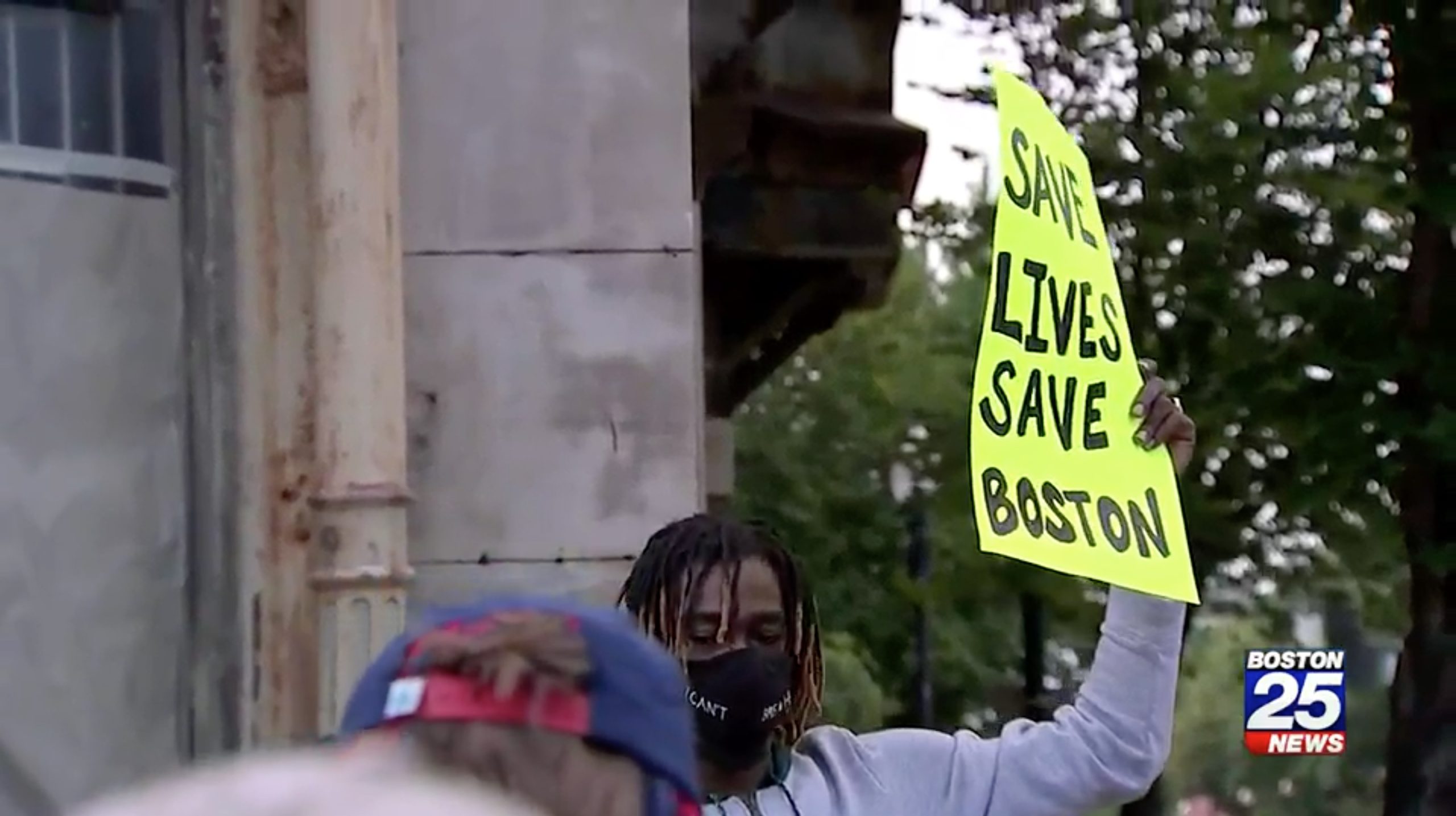 A demonstrator holds a sign that says “Save Lives Save Boston” during a protest against the conditions of “Methadone Mile” in Boston Thursday. (Boston 25 News/Video screenshot)

Human feces and needles are often strewn on sidewalks in the area, according to Buchanan, The Daily Free Press reported.

The South End-Roxbury Community Partnership, a group formed to discuss the issue, requested Walsh and Baker make neighborhoods cleaner and safer by treating the opioid epidemic as a public health emergency, according to The Daily Free Press. Baker signed a law in 2018, which he called a “blueprint” for the nation and was a member of President Donald Trump’s Commission on Opioids.

“It’s out of control, it’s inhumane,” one protester told Boston 25 News. “The population is big, is explosive, and we need the support of the state.”

In August 2019, Boston police made 15 arrests on “Methadone Mile” after a corrections officer was brutally beaten in an apparently random act of violence, according to ABC affiliate WCVB. The officer was surrounded by a large group and attacked, security camera footage showed.

“I’ve never seen a pack of animals jump somebody like that,” said the officer’s father, WCVB reported.