In film credits for their “Mulan” live-action film, Disney thanked a security agency located in Xinjiang, China, where at least one million people, mostly Uighur Muslims, are living in concentration camps, BBC reported.

Disney gave a “special thanks” to a host of Chinese companies and groups, including the Turpan Municipal Bureau of Public Safety, according to BBC.

This is truly outrageous: The new live-action Mulan THANKS the Turpan Public Security Bureau (in southern Xinjiang) in the credits. That specific public security bureau has been deeply involved in the Xinjiang concentration camps.

Muslims in the Xinjiang region of China have been sent to the camps, where detainees are reportedly starved and abused as China targets Uighur Muslims, according to The Wall Street Journal.

At one internment camp in Turpan city, a sign reads “Sense the party’s kindness, obey the party’s words, follow the party’s lead,” per the WSJ. The camp is reportedly surrounded by high walls topped with razor wire and monitored by guards. 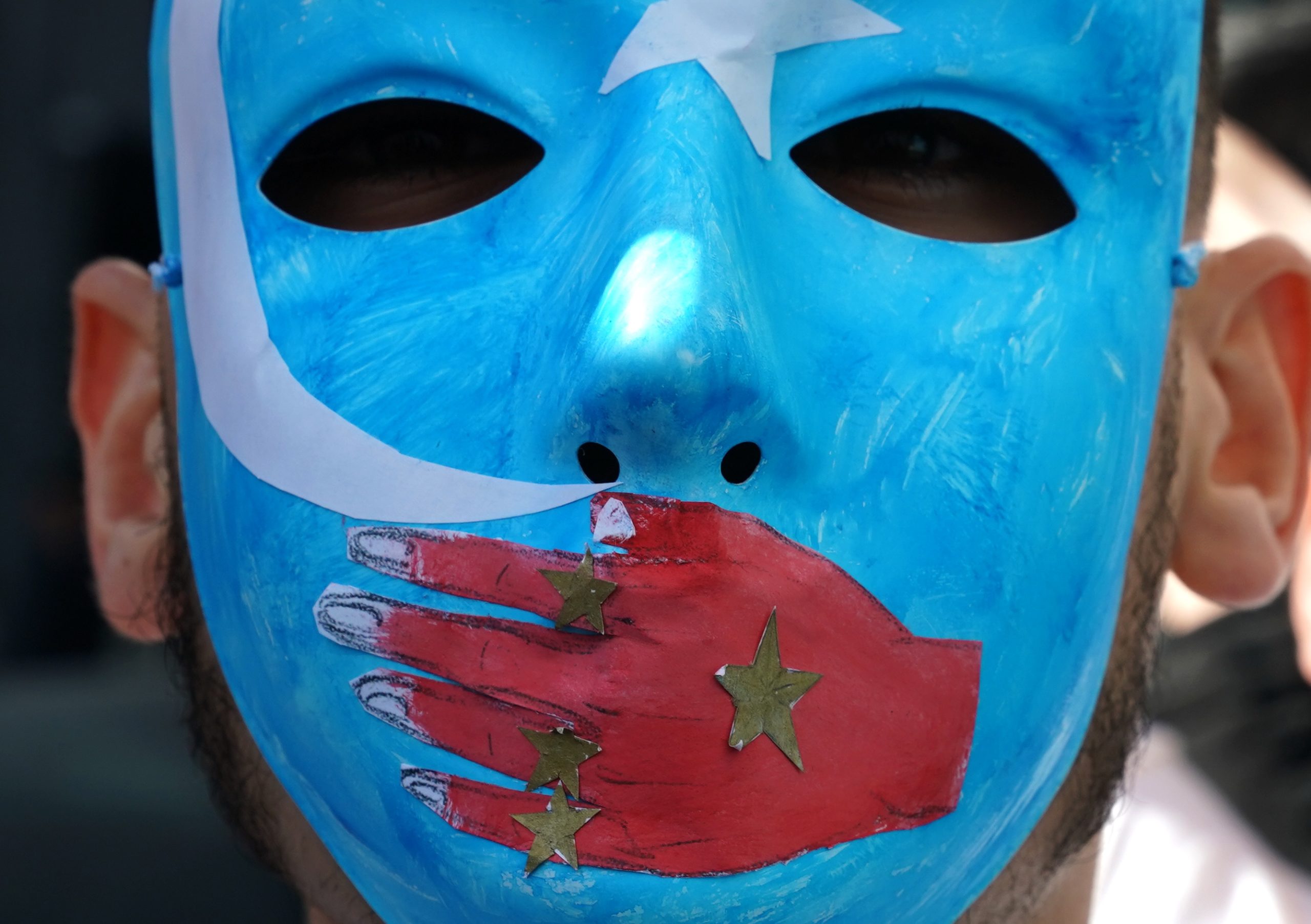 People protest at a Uyghur rally on February 5, 2019 in front of the US Mission to the United Nations, to encourage the State Department to fight for the freedom of the majority-Muslim Uighur population unjustly imprisoned in Chinese concentration camps. (Photo by TIMOTHY A. CLARY / AFP) (Photo credit should read TIMOTHY A. CLARY/AFP via Getty Images)

One survivor, Ablikim, told The WSJ he was “bound to a chair by his ankles and hands” and was “fed thin soup and steamed bread.” He also said he and other inmates weren’t allowed to pray and were forced to eat pork , which is forbidden in Islam.

China and Uighur Muslims have increasingly become divided, with China blaming the Uighur’s for terrorist attacks and linking them to religious extremist groups. Further, religious divides between the Uighur’s and the atheist Communist Party have contributed to the tension, per the WSJ.

“In the new #Mulan, @Disney thanks the public security bureau in Turpan, which has been involved in the internment camps in East Turkistan. Last year, the actor publicly supported the #HongKongPolice in their violent crackdowns on pro-democracy protesters,” the World Uighur Congress tweeted.

In the new #Mulan, @Disney thanks the public security bureau in Turpan, which has been involved in the internment camps in East Turkistan.

Last year, the actor publicly supported the #HongKongPolice in their violent crackdowns on pro-democracy protesters.https://t.co/0g5o4GB2M5

Lead actress Liu Yifei openly endorsed Hong Kong Police in 2019 who were clashing with pro-democracy protesters, writing on Weibo “I support the Hong Kong police. You can all attack me now. What a shame for Hong Kong,” according to CNN. This prompted calls to “#boycottMulan” on social media, CNN reported.