Philippine President Rodrigo Duterte pardoned a U.S. Marine on Monday after he was convicted and imprisoned for the 2014 killing of a transgender Filipino woman.

Philippine Secretary of Foreign Affairs Teodoro Locsin Jr. said in a tweet Monday that Duterte had “granted an absolute pardon” to Lance Cpl. Joseph Scott Pemberton. Duterte spokesman Harry Roque said Monday that the pardon “erased the punishment” but not his conviction, the Associated Press reported.

Cutting matters short over what constitutes time served, and since where he was detained was not in the prisoner’s control—and to do justice—the President has granted an absolute pardon to Pemberton. Here at the Palace.

Pemberton was convicted of homicide in 2014 and sentenced to prison for killing Jennifer Laude in a motel in the city of Olongapo. Then 19-year-old Pemberton met 26-year-old Laude in a bar and killed her after discovering she was transgender, claiming that he was acting in self-defense, The Washington Post reported.

Pemberton had been serving his sentence at a military camp located in the capital city Manila and guarded by Filipino and American security personnel, according to the Associated Press. The location was reportedly determined by the two countries’ militaries under the terms of the Visiting Forces Agreement.

He was sentenced to 10 years in prison but the Olongapo City Regional Trial Court ordered his release earlier this month under the Good Conduct Time Allowance (GCTA), a 2019 law that disqualifies certain convictions if the prisoner is in good conduct, The New York Times reported. The decision was appealed and his sentence remained, but Duterte’s pardon overturned the appeal. 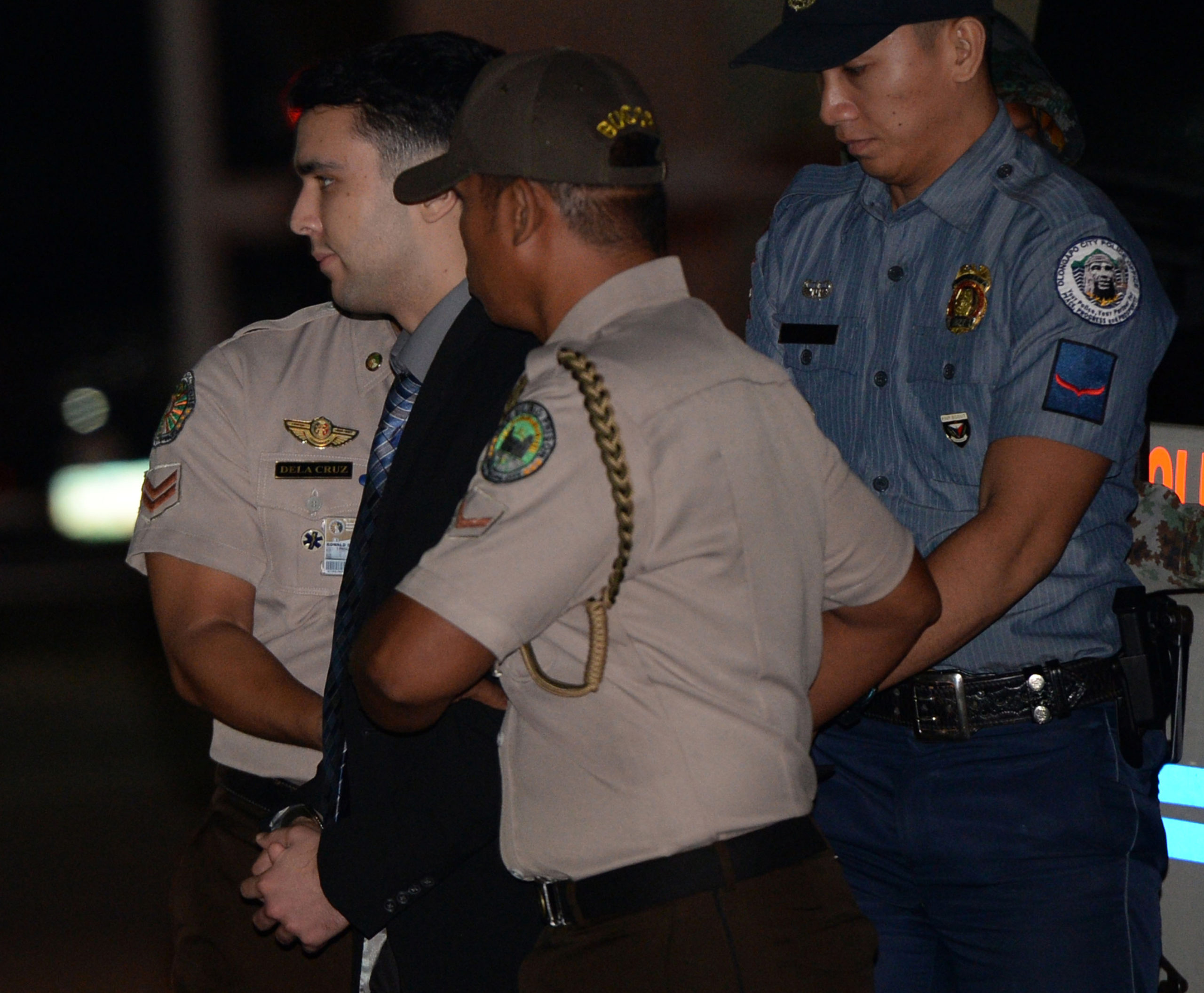 Pemberton’s lawyer, Rowena Garcia-Flores, said Pemberton was already aware of Duterte’s decision, the Associated Press reported. “I’m very happy with this development and I thank the president,” she said. (RELATED: Duterte Flips On Defense Deals With US)

In a televised address on Monday evening, Duterte argued that Pemberton should be released because of his good conduct as described in the GCTA law.

“We should allow him the good character presumption,” Duterte said. He added that he did not believe Pemberton had been treated fairly, The Washington Post reported.

The move has generated controversy in the Philippines, which was once a former American colony. Human rights organizations and LGBTQ groups condemned the pardon and some have even called for the U.S. to end its military presence in the country, the Associated Press reported.