A man suspected with going on a stabbing spree that killed one and injured seven has been arrested by U.K. police, Reuters reported.

West Midlands police officials announced the arrest Monday, saying the suspect is a 27-year-old male who was apprehended in the Selly Oak area around 4:00 a.m., according to Reuters.

The suspect has been arrested in connection to a series of Sunday-morning stabbings in Birmingham. Detectives said the stabbings occurred over the course of two hours in four different locations, per Reuters. The stabbings are not thought to be connected to terrorism or a gang-related conflict, detectives also noted. (RELATED: UK Knife Crime Hits Record High, Despite London Mayor’s ‘Knife Control’) 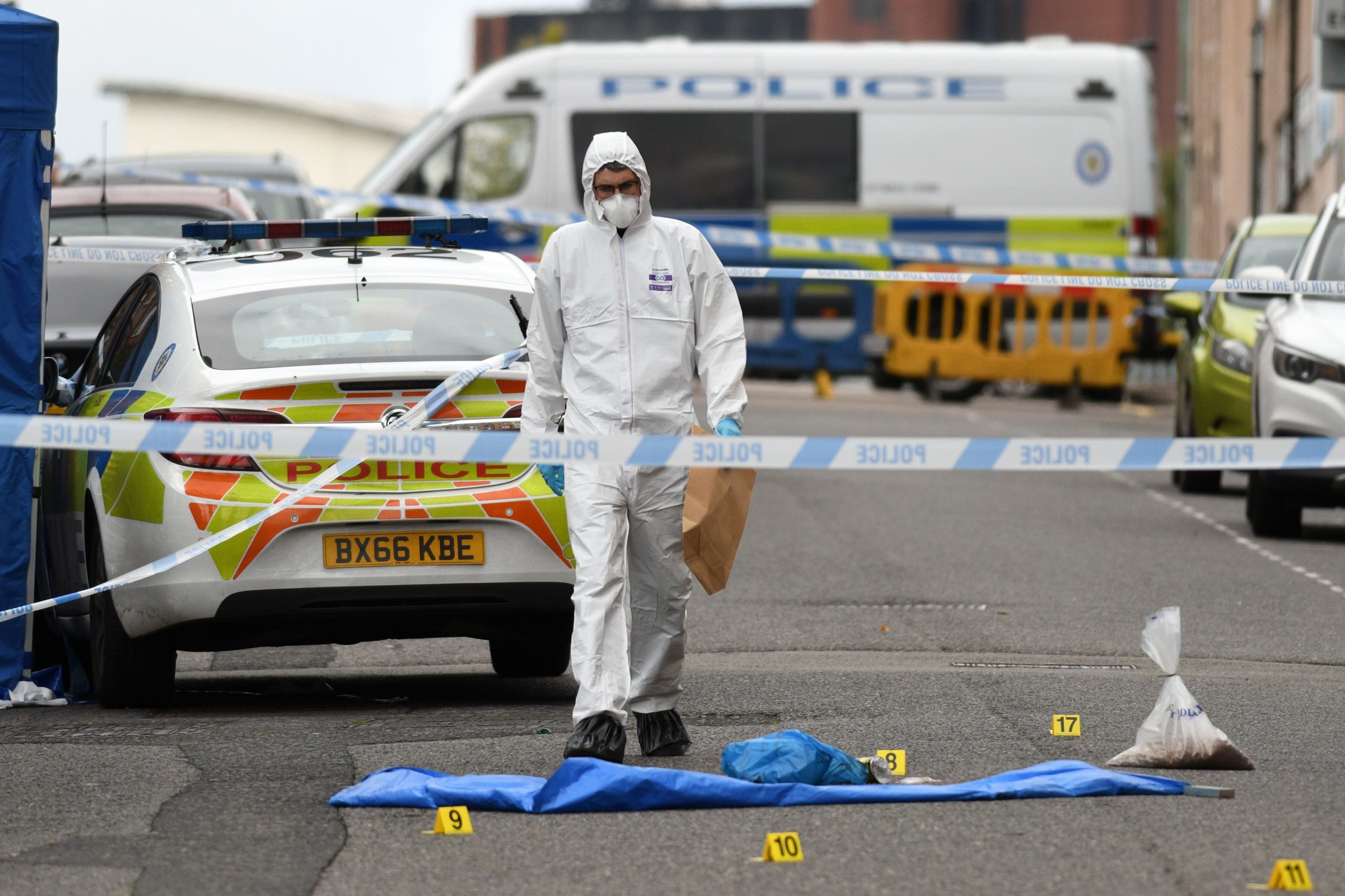 A police forensics officer gathers evidence near to evidence markers inside a cordon on Irving Street, following a major stabbing incident in the centre of Birmingham, central England, on Sept. 6, 2020. (Photo by Oli SCARFF / AFP)

Birmingham Police Commander and Chief Superintendent Steve Graham said, “Officers worked through yesterday and into the early hours of this morning in a bid to trace the man we believe responsible for these terrible crimes. Clearly this is a crucial development but our investigation continues.”

He appealed to the public, asking those with more information to step forward.

“We still need to speak to any witnesses who saw what happened who’ve not yet spoken to us, or anyone who may have video footage or photos of the incidents or the attacker,” Graham reportedly said.

The victim who died from the stabbing incident was a 23-year-old male, as reported by Reuters. Two other victims, a 19-year-old male and a 32-year-old woman, reportedly remain in critical condition at the hospital.