Republican Nebraska Sen. Ben Sasse called for the repeal of the 17th Amendment to the United States Constitution in an op-ed published Tuesday by The Wall Street Journal.

“What would the Founding Fathers think of America if they came back to life?” Sasse began. “Their eyes would surely bug out first at our technology and wealth. But I suspect they’d also be stunned by the deformed structure of our government. The Congress they envisioned is all but dead. The Senate in particular is supposed to be the place where Americans hammer out our biggest challenges with debate. That hasn’t happened for decades—and the rot is bipartisan.” 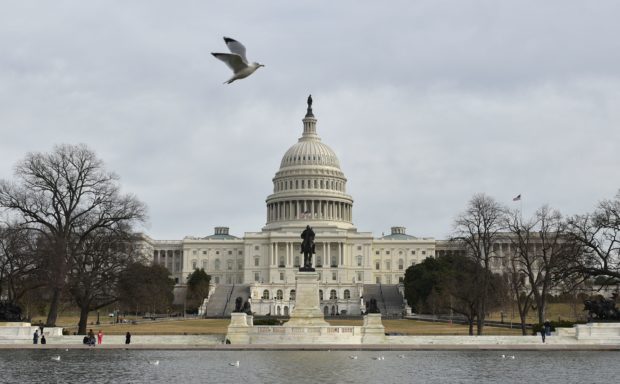 TOPSHOT – The US Capitol is seen in Washington, DC on January 22, 2018 after the US Senate reached a deal to reopen the federal government, with Democrats accepting a compromise spending bill. (MANDEL NGAN/AFP via Getty Images)

In arguing for the abolition of the 17th Amendment, Sasse pointed to the polarization and nationalization of politics, suggesting that returning control to state legislatures would be a way of implementing local control.

“Ratified in 1912, it replaced the appointment of senators by state legislatures with direct election,” he wrote. “Different states bring different solutions to the table, and that ought to be reflected in the Senate’s national debate. The old saying used to be that all politics is local, but today—thanks to the internet, 24/7 cable news and a cottage industry dedicated to political addiction—politics is polarized and national. That would change if state legislatures had direct control over who serves in the Senate.” (RELATED: It’s Time To Repeal The 17th Amendment)