Democratic California Sen. Kamala Harris told Jacob Blake Sunday that she is “proud of him,” his attorney said, though she did not address allegations of sexual assault leveled against Blake.

Harris, who is 2020 Democratic nominee Joe Biden’s running mate, visited with Blake at Wisconsin’s Froedtert Hospital Sunday while his family joined with them over the phone, according to a press statement released by Blake’s attorney Ben Crump.

She said her message to the family was to “express concern for their well-being and of course, for their brother and their son’s well being and to let them know that they have support.”

“Really wonderful,” Harris told reporters of the visit. “I mean they’re an incredible family and what they’ve endured and they do it with such dignity and grace. And you know, they’re carrying the weight of a lot of voices on their shoulders.”

Blake, a black man who video footage appears to show was shot in the back by a police officer, told Harris he was proud of her in a “moving moment,” according to Crump’s office.

Harris also told Blake that she is proud of him and “how he is working through his pain,” the attorney’s office said. (RELATED: Kamala Harris In April 2019: ‘I Believe’ Joe Biden’s Accusers) 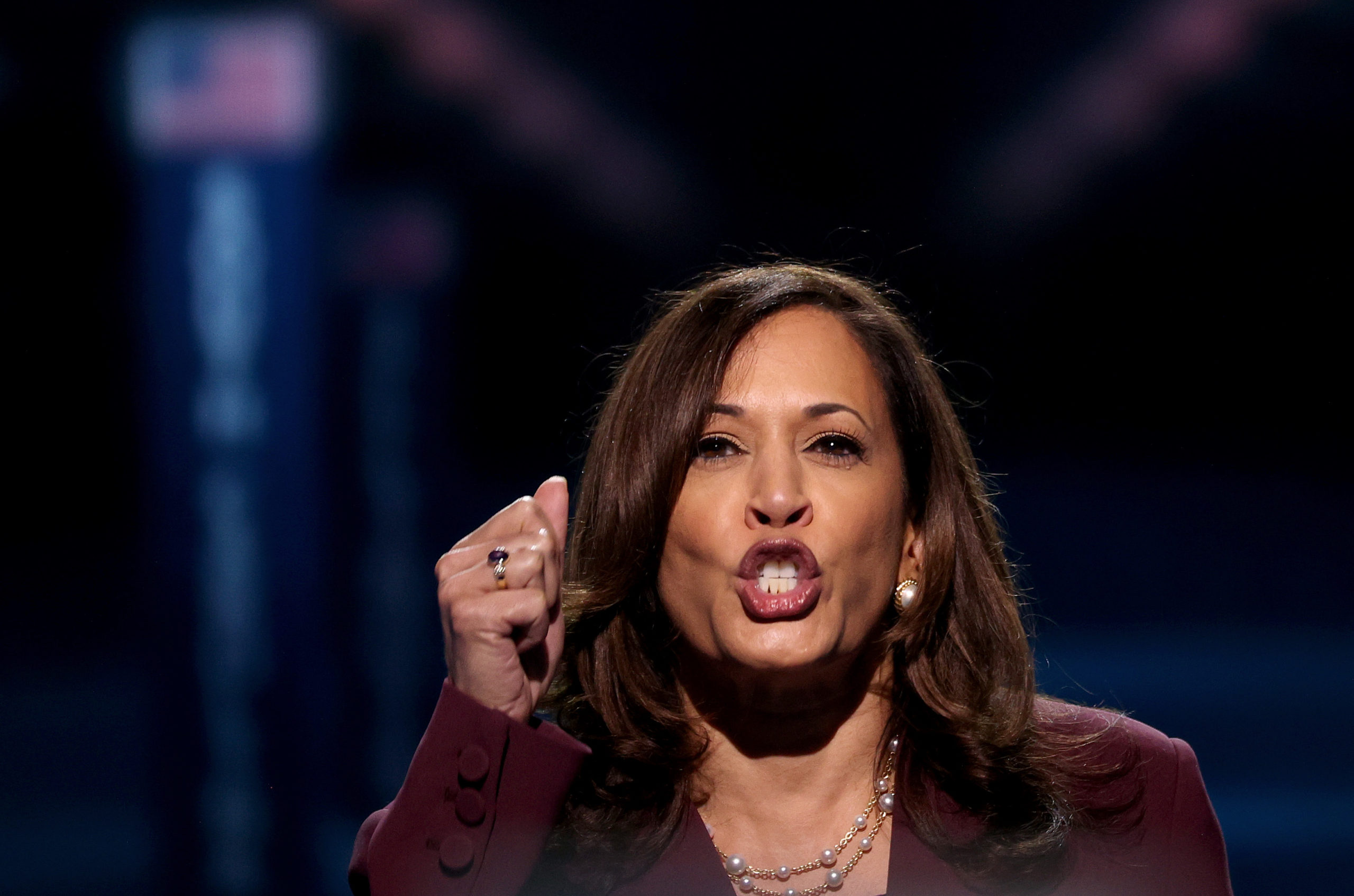 Harris’s praise for Blake comes despite allegations of sexual assault leveled against Blake by his ex-girlfriend. This ex-girlfriend, who is reportedly identified only by her initials, alleged in a criminal complaint that Blake broke into her home and digitally raped her, according to the New York Post.

The alleged victim told police that she has known Blake for eight years and that Blake assaults her “around twice a year when he drinks heavily.” She said that while she and one of her children were sleeping in bed on the morning of May 3 around 6 a.m., Blake came into the room and said “I want my sh-t” before sexually assaulting her with his finger and sniffing it.

“Smells like you’ve been with other men,” he said, according to the Post. (RELATED: FLASHBACK: Kamala Harris Called Kavanaugh Accuser ‘A True Profile In Courage’)

The victim “had a very difficult time telling him this and cried as she told how the defendant assaulted her,” the officer who took the alleged victim’s statement said, the Post reported.

Blake’s alleged assault “caused her pain and humiliation and was done without her consent,” the victim said, according to the Post. She also said she was “very humiliated and upset by the sexual assault,” the publication reported from court documents.

The victim said that she “was upset but collected herself” and ran after Blake only to discover her car keys and car were missing, the Post reports. She then “immediately called 911,” the Post reported from the complaint.

Authorities placed a restraining order on Blake forbidding him from going to his ex-girlfriend’s home following this incident, the Post reported. His ex-girlfriend called 911 to report that he was on the property the day that Blake was shot by police, the New York Times reported.

Blake plead not guilty to charges of criminal trespassing, third-degree sexual assault, and disorderly conduct in a virtual court appearance Friday, according to the Post. The charges are based on statements made by Blake’s ex-girlfriend, the publication reported, made when her complaint was filed in July.

Neither Patrick K. Cafferty, the attorney representing Blake in the sexual assault allegations from Blake’s girlfriend, nor Crump responded to requests for comment from the DCNF.