Nine pharmaceutical companies signed a joint pledge Tuesday promising to prioritize safety and science regarding the development and distribution of a coronavirus vaccine.

The pledge is meant to counter declining public confidence in an eventual vaccine, Politico reported. An August CNN poll found that just over half of Americans would be willing to take a vaccine once developed, and a recent Politico poll found that over 60% of voters opposed the release of any vaccine that had not undergone full testing.

The executives who signed the pledge said that vaccines would only be submitted for FDA approval or emergency use authorization after having successfully completed a Phase III trial, which involves human testing to ensure a vaccine’s safety and effectiveness. Three vaccines are in Phase III now, Politico reported. (RELATED: Here’s Everything We Know About A Coronavirus Vaccine So Far) 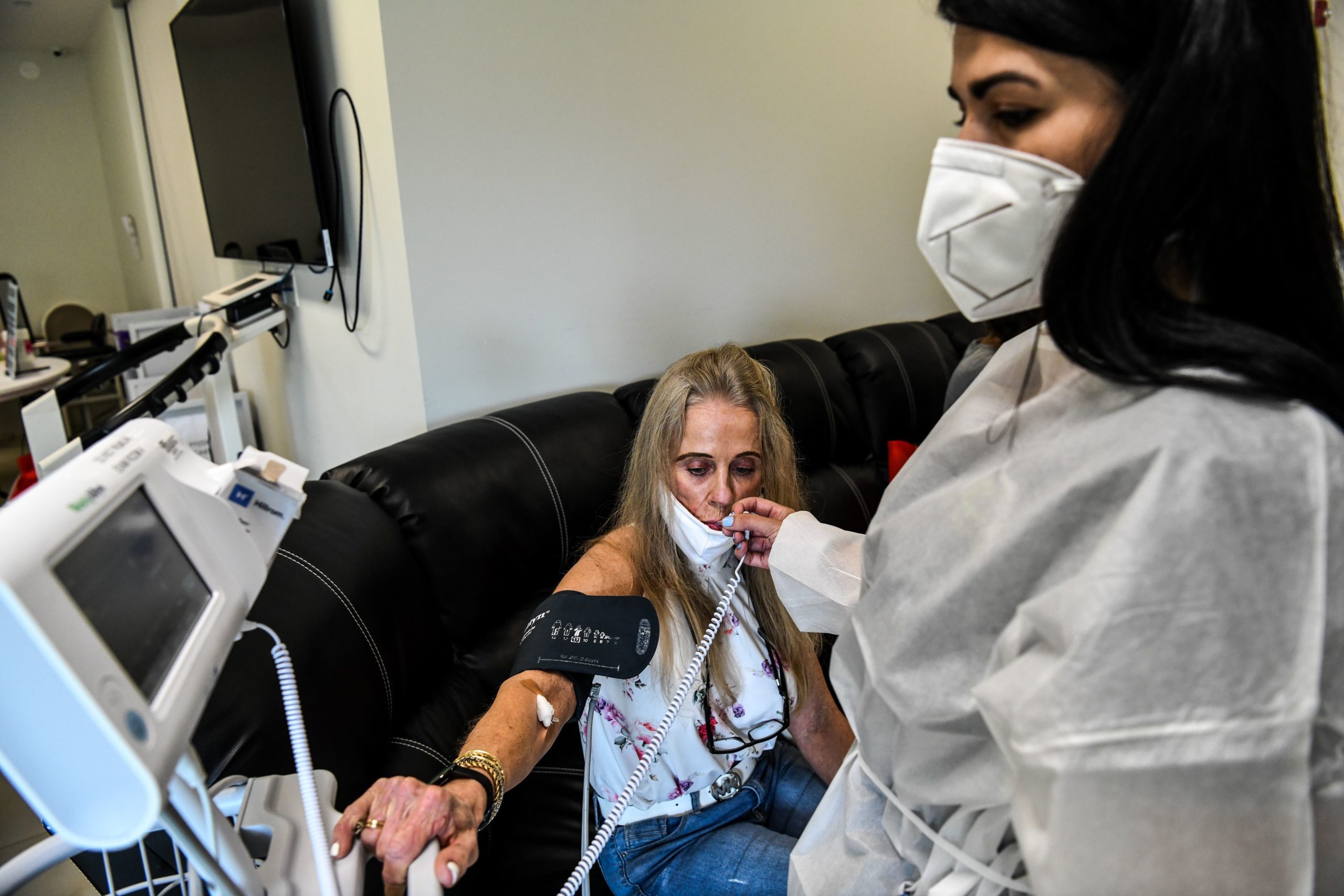 A volunteer is examined by a Nurse Practitioner as she participates in a COVID-19 vaccine study at the Research Centers of America (RCA) in Hollywood, Florida, on August 13, 2020 (CHANDAN KHANNA/AFP via Getty Images)

The pledge contrasts President Donald Trump, who has said that a vaccine may be available by late October even though Phase III trials will likely still be in progress, according to public health officials.

“We’ll have a vaccine soon, maybe before a special date. You know what date I’m talking about,” Trump said during a Monday news conference, referring to Election Day.

Most public health experts have said that December 2020 or early 2021 is a more likely timeframe for a vaccine, according to Politico. (RELATED: Coronavirus Vaccine May Require Double Injections)

Democrats have weighed in on the eventual completion of a vaccine as well, often in political terms. Vice presidential nominee Sen. Kamala Harris said Saturday that she “would not trust Donald Trump” regarding the safety of a vaccine, a comment that led to his response accusing Harris of prioritizing politics over public health.

“We believe this pledge will help ensure public confidence in the rigorous scientific and regulatory process by which COVID-19 vaccines are evaluated and may ultimately be approved,” it says.

Vaccines from AstraZeneca, Moderna and Pfizer are currently in Phase III trials, according to Politico, and Pfizer said that its vaccine could seek regulatory review in October, but only “if – and only if – the pivotal clinical trial proves our vaccine candidate to be safe, effective, and in line with the FDA’s guidance.”

Moncef Slaoui, who leads “Operation Warp Speed,” said that an October timeframe may be too ambitious.

“There is a very, very low chance that the trials that are running as we speak could read before the end of October,” he told NPR last week. “I think it’s extremely unlikely but not impossible, and therefore it’s the right thing to do to be prepared in case.”