Democratic presidential nominee Joe Biden is set to announce a proposal Wednesday in Michigan that would change the corporate tax code to encourage investments in the U.S and penalize companies that ship jobs overseas.

The tax proposal is made up of three sections, according to CNBC.

The first component is an offshore tax penalty. The corporate tax rate would be raised to 28%, up 7% from President Donald Trump’s corporate tax rate. An additional 10% surtax on profits for manufactured goods and for services like call centers would be tacked on if the goods were made overseas and then brought back to the American market. A briefing statement from the Biden campaign says “companies will pay a 30.8% tax rate on any such profits,” according to CNBC.

The second part is a “Made in America” tax credit. This would give a 10% advanceable tax credit for companies that produce goods in America.

The final component would eliminate offshore tax loopholes added in 2017 that allows U.S. companies to protect their foreign profits from full taxation.

Prior to the passage of the 2017 Tax Cuts and Jobs Act (TCJA), there was a ‘worldwide’ corporate tax system that taxed global earnings of U.S. based companies, according to the Tax Foundation. However, this created two issues, according to the Tax Foundation: it discouraged companies from bringing their foreign profits back to the United States, and it encouraged companies to move their headquarters out of the United States.

The TCJA tackled the issue by moving from a ‘worldwide’ tax system to a ‘territorial’ tax system, per the Tax Foundation. However, to make up for lost revenue, the TCJA created two new categories of income that are taxed at a lower rate than the current 21% corporate tax rate.

The TCJA also included a new minimum tax, “The Base Erosion and Anti-Abuse Tax” that limits multinational corporations from making deductible payments to their affiliates in low-tax countries, which previously caused companies to shift profits from the U.S., according to the Tax Policy Center.

Biden’s proposals are an attempt to challenge Trump, who campaigned on bringing back jobs during his 2016 run. (RELATED: Trump Says He ‘Found The Magic Wand’ After Best Job Growth For US Manufacturing Since 1997) 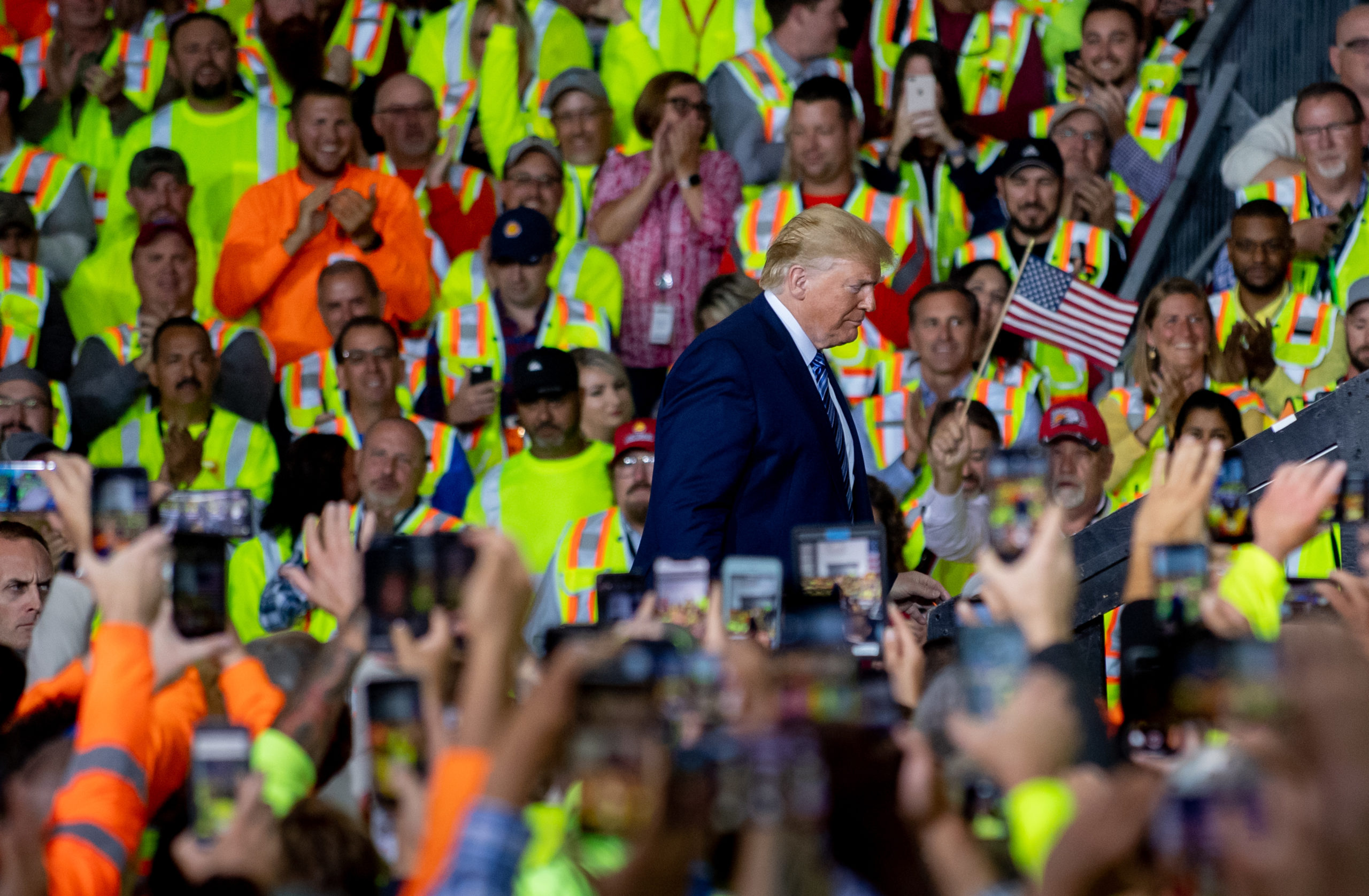 MONACA, PA – AUGUST 13: US President Donald Trump speaks to 5000 contractors at the Shell Chemicals Petrochemical Complex on August 13, 2019 in Monaca, Pennsylvania. President Donald Trump delivered a speech on the economy, and focused on manufacturing and energy sector jobs. (Photo by Jeff Swensen/Getty Images)

Nearly 500,000 manufacturing jobs have been added to the economy since Trump took office, with 6.7 million jobs added overall, according to the Washington Post.