A survivor of the 2015 terrorist attack at the Charlie Hebdo magazine office in Paris testified in court Wednesday that the gunmen entered the office and said “Allahu Akbar” before shooting him with their Kalashnikov rifles, Reuters reported.

Simon Fieschi offered his testimony during the second week of the trial of the 14 alleged accomplices accused of helping to carry out the Islamist attack in January 2015. Fieschi was the first employee the two gunmen, brothers Chérif and Said Kouachi, are believed to have encountered when storming the office. 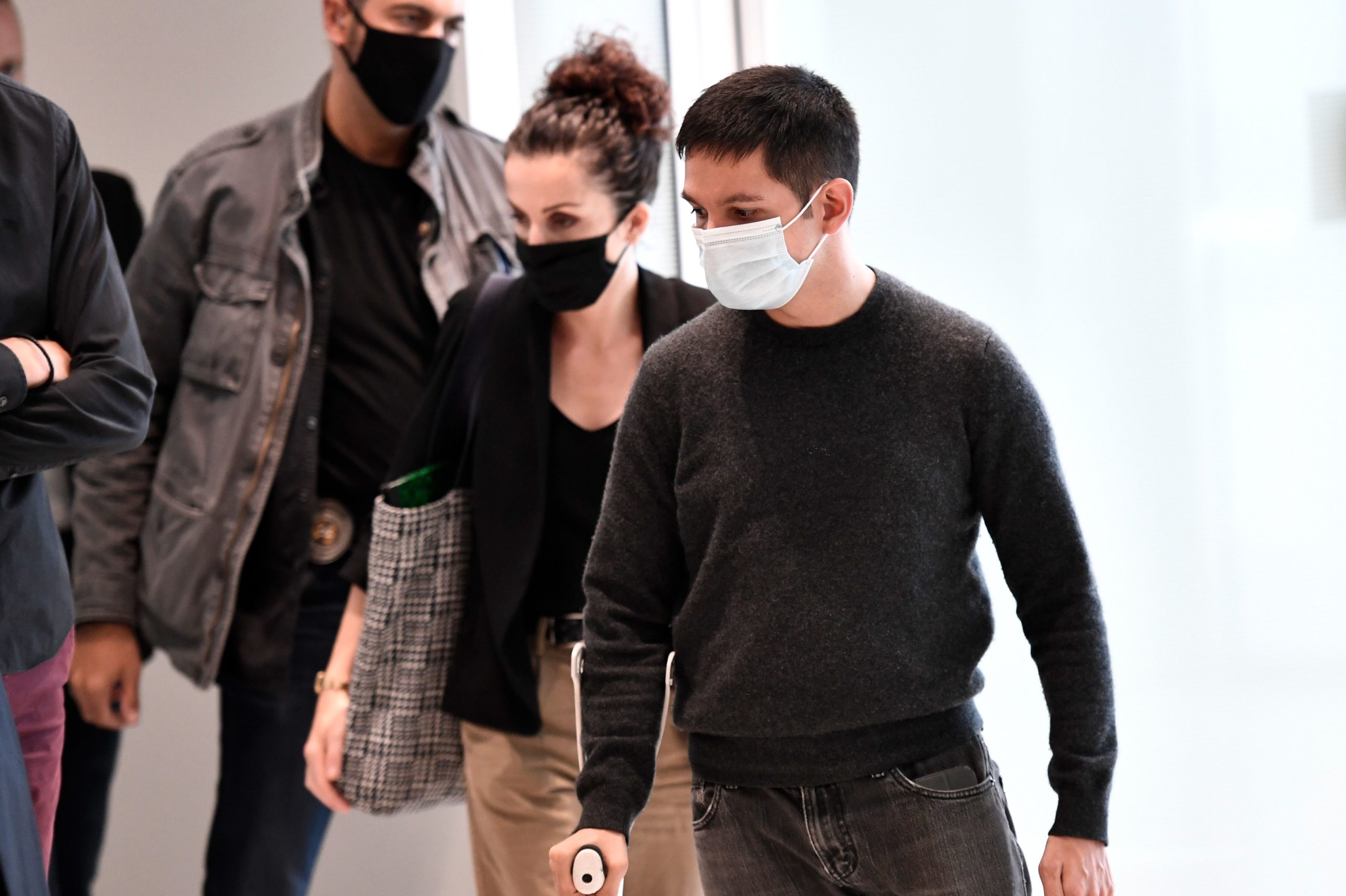 French cartoonist Corinne Rey, also known as ‘Coco’, (2R) and Charlie Hebdo webmaster Simon Fieschi (R) leave the courthouse at the Paris courthouse in Paris, on September 9, 2020, after a hearing of the trial of 14 suspected accomplices in Charlie Hebdo and Hyper cacher jihadist killings.  (Photo by STEPHANE DE SAKUTIN/AFP via Getty Images)

After being shot, Fieschi said he lost consciousness, and the gunmen moved to other targets. Fieschi offered the testimony while standing, declining to take a seat after limping to the witness box using a crutch. Fieschi who was in charge of the magazine’s digital platforms. (RELATED: French Magazine Charlie Hebdo Republishes Prophet Muhammad Cartoons Ahead Of Trial For 2015 Islamist Attack)

“It was all very quick for me,” he said. “I remember the door opening violently, and gunshots. I remember a man who said: ‘Allahu akbar,’ and then, ‘We don’t kill women’.”

“I lost consciousness, which is without doubt what saved my life,” he said. One bullet went into his neck and damaged his spinal column, leaving him with constant pain and reduced mobility, according to Reuters.

When he regained consciousness on the same day, the attack was over and many of his colleagues lay dead or wounded. Soon after, he was told what happened to his co-workers.

“The image that stays with me is of a trail of blood in the corridor leading to the newsroom,” he said in court. “At the time I didn’t really understand what it meant.”

The 14 people on trial are accused of obtaining weapons and providing logistical support for the attacks on the Charlie Hebdo officers and the subsequent attacks.

The two brothers who attacked the office were killed in police raids. When the two gunmen left the office after attacking the employees with grenades and submachine guns, killing 12, they shouted that they had “avenged the Prophet,” according to NPR. Cartoons of the Prophet Muhammad made Charlie Hebdo a target for attacks. Before the 2015 attack, the satirical magazine had been attacked with a petrol bomb, and had received death threats.

The gunmen from the 2015 incident also fatally shot a police officer and shoppers at a Jewish supermarket during a three-day killing spree that began the day of the January attack, killing 17 people in total. A third gunman reportedly claimed allegiance to ISIS, and al-Qaida claimed responsibility for the Charlie Hebdo attack, although the extent of any direct involvement by either terrorist group is unclear.