Indiana sheriff Dave Wedding is joining the Republican Party because he says the Democratic Party leadership has condoned “101 days of rioting” in cities across America.

“What I have witnessed across the United States is shocking — as a law enforcement leader I can’t imagine 101 days of rioting and it’s condoned by the Democratic leadership,” the lifelong Democrat told “Fox & Friends.”

“It’s unbelievable they can do that to law enforcement officials.”

The sheriff said he in the past he had always found “solid leadership across the aisle” and that he has “worked with local Democrats and Republicans for many, many years.” (RELATED: Leo Terrell: ‘We’ve Got To Stop This Race War The Democrats Are Perpetuating’)

But Wedding said the past three months have turned his head. “As a sheriff, I cannot imagine putting deputies on the front line of these riots night after night with no relief in sight. And if you are a parent of a law enforcement officer who’s going out there … I think they would be appalled as well.”

Wedding said he is scared by the Democratic presidential ticket of Joe Biden and California Sen. Kamala Harris, citing Harris’s support for the Minnesota Freedom Fund that “helped raise funds to release rioters from jails after they have committed serious crimes, including one who shot at SWAT members.”

At least 13 Biden campaign staffers also contributed to that fund, according to Reuters and Biden has not publicly criticized the actions of either Harris or his own staffers.

The sheriff called supporting an organization that seeks to “raise money to release criminals from jails” something that is “shocking in itself.” (RELATED: Leo Terrell Says BLM ‘Exposed’ By Don Lemon: ‘They Don’t Care About Crime’)

“You know, the Democrat prosecutors, they have this catch and release program and police are out there battling these rioters each and every night. They arrest them only to find them released right away by a prosecutor,” he said.

Wedding said he now supports President Donald Trump because of his participation on national conference calls where the president “pledged his support for law enforcement” and offered federal assistance to “cities under siege.” 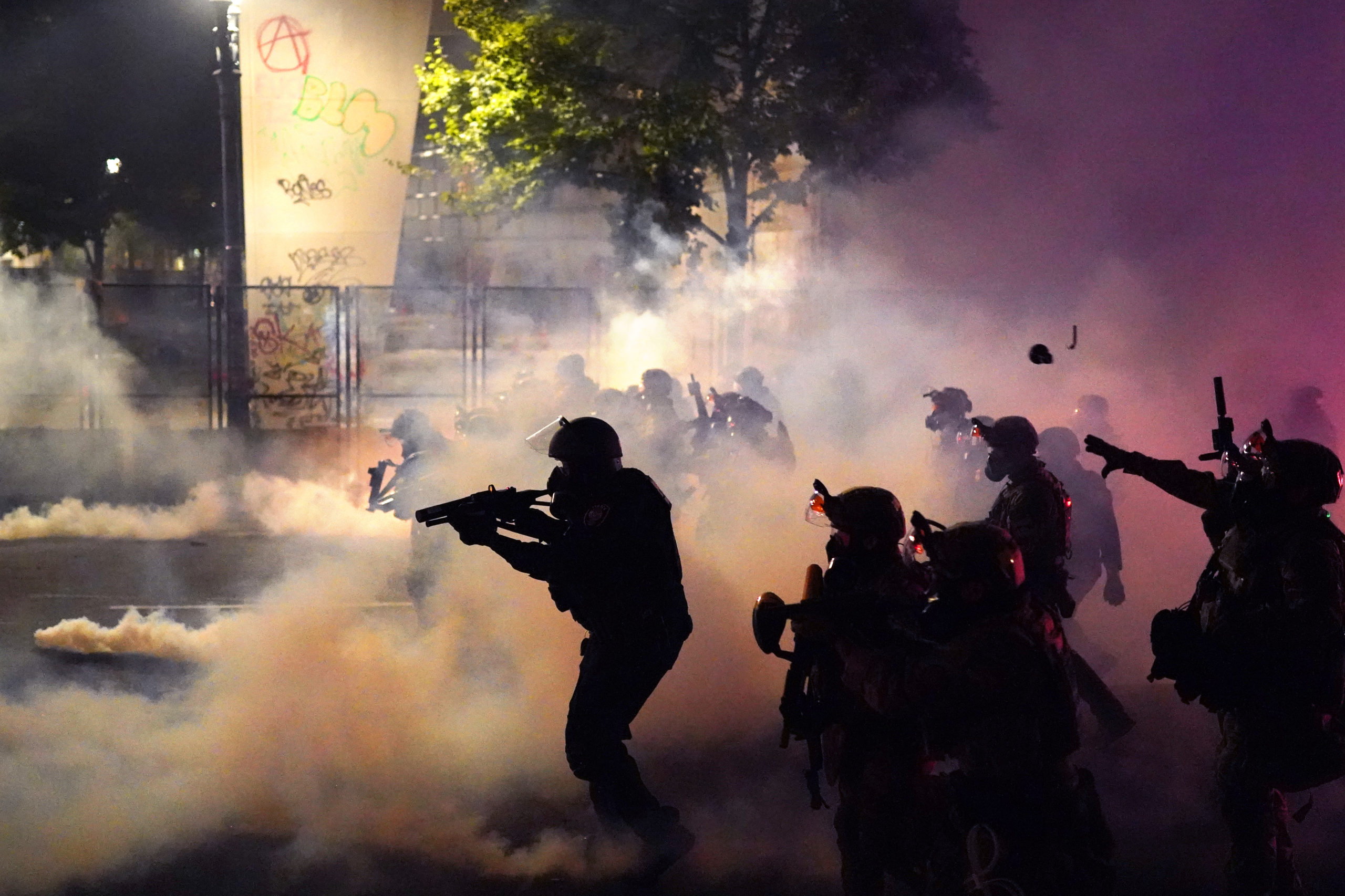 He noted that some municipal leaders “are not smart enough to take that aid.”

Democratic Portland Mayor Ted Wheeler, for one, has told the president “no thanks.”

“I would be rushing that federal aid to help us end the violence. In Chicago last weekend, I believe 42 people were shot. And you don’t even hear it discussed by the Democrats. I mean, that’s shocking in itself.”