At least seven people are dead, including a child, as wildfires continue to burn across multiple states, per multiple reports.

In Okanogan County, Washington, a 1 year-old died and his parents suffered third degree burns after they attempted to escape the wildfire in Washington, according to ABC News.

The family was discovered Wednesday morning on the bank of the Columbia River after they ditched the car they were traveling in, the report says.

Another three people were founded dead in Butte County, California. The individuals have yet to be identified, the county sheriff coroner Kory Honea confirmed Wednesday, according to ABC News.

At least 12 people are missing in California, according to USA Today. 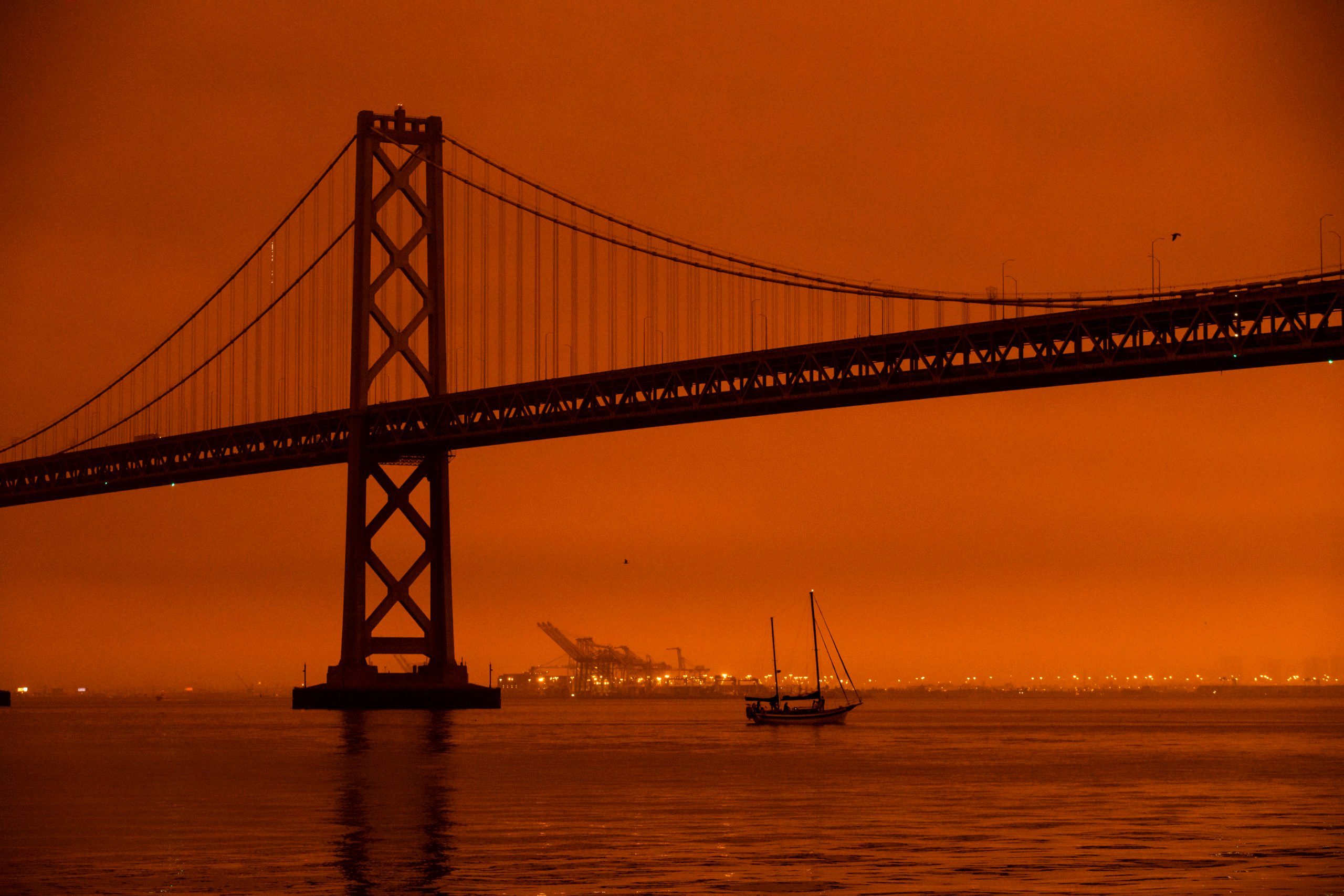 SAN FRANCISCO, CA – SEPTEMBER 09: A ship passes beneath the Bay Bridge as smoke from various wildfires burning across Northern California mixes with the marine layer, blanketing San Francisco in darkness and an orange glow on September 9, 2020 in San Francisco, California. Over 2 million acres have burned this year as wildfires continue to burn across the state. (Photo by Philip Pacheco/Getty Images)

In Marion County, Oregon, two people were found dead Wednesday after a fire began Monday, per the same report.

An additional victim was found in Oregon near the origin of the Almeda Fire, according to the report.

The fires have burned through 300,000 acres in Oregon and as of Wednesday afternoon 0% was contained, according to KATU2.

“We expect to see a great deal of loss-both in structures and in human lives. This could be the greatest loss of human lives and property due to wildfire in our state,” Oregon Democratic Gov. Kate Brown said, according to KATU2. (RELATED: Statewide Emergency Issued In Oregon As ‘Unprecedented’ Wildfires Ravage The State)

Brown invoked the Emergency Conflagration Act Tuesday to make more resources available to fight the fires, per the same report.

“This situation is very dangerous. Wind continues to fuel these wildfires, with devastating consequences across Oregon. People’s homes, lives and land are at risk. If you are in an evacuation area, please pay close attention and listen to local calls to evacuate as needed-this can save your life, your family and the lives of our firefighters,” Brown said.

The wildfires have been fueled by scorching heat and wind throughout Oregon, Washington and California.