Schools on Department of Defense military installations failed to report 88% of “serious juvenile-on-juvenile misconduct incidents,” including sexual battery, to law enforcement from 2015 to 2017, an investigation has found.

The probe concluded that over 600 incidents of misconduct between minors should have warranted reporting to some degree during the two year period, according to a summary of a Defense Department inspector general report released Wednesday.

The military installation school system is used by the children of active duty service members, and approximately 71,000 minors are under the care of the education platform, according to the release. The program encompasses 163 schools throughout the world and provides a learning service for students from pre-kindergarten through grade 12, the department wrote. 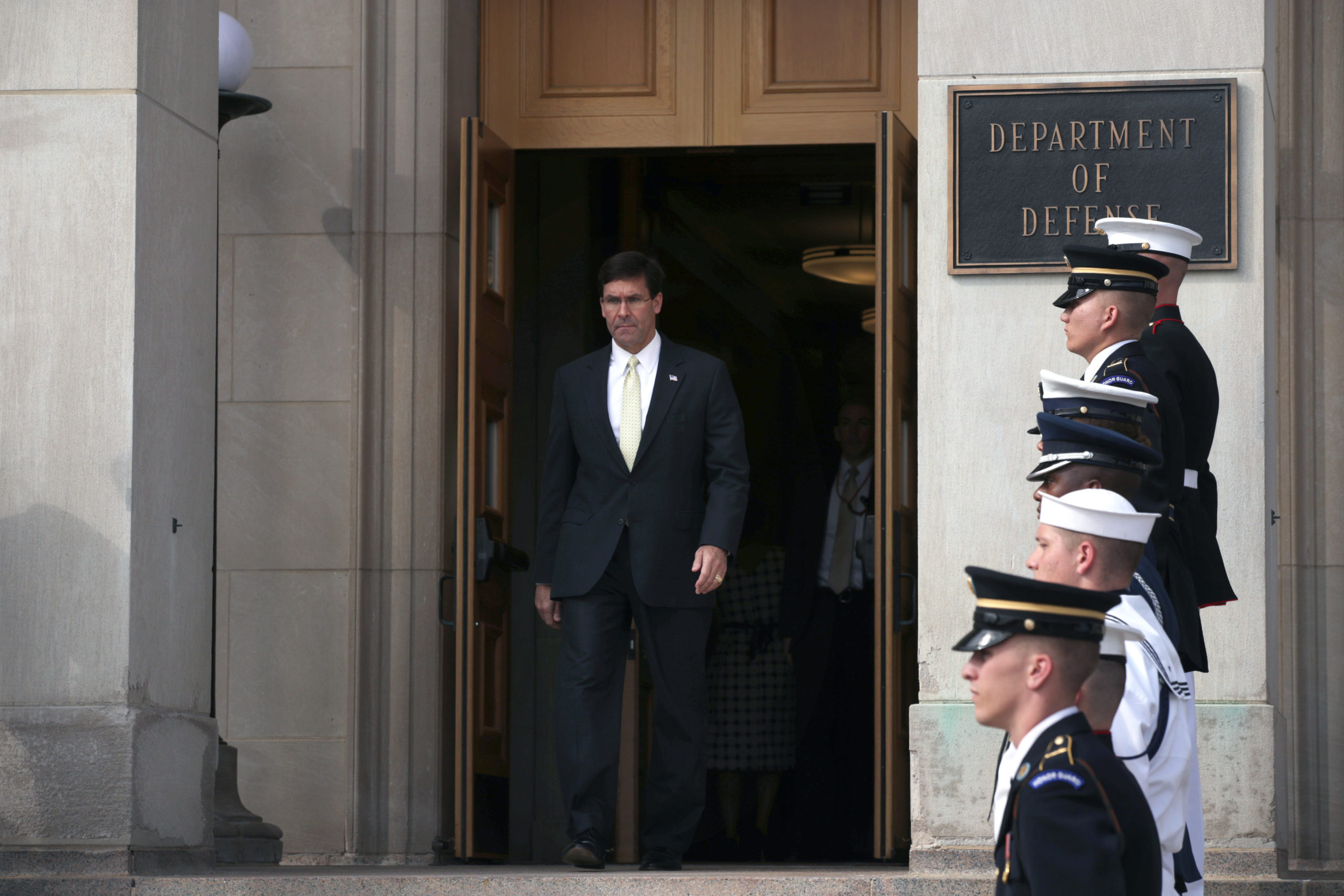 U.S. Secretary of Defense Mark Esper comes out from the building to welcome Germany Defense Minister Annegret Kramp-Karrenbauer during an enhanced honor cordon at the Pentagon September 23, 2019 in Arlington, Virginia (Alex Wong/Getty Images).

The probe was initiated under the John S. McCain National Defense Authorization Act after lawmakers expressed doubt about the ability of the Department of Defense to “protect or provide justice to the children of service members when they are sexually assaulted by other children,” the release read.

In addition to a lack of reporting, the investigation found that there was no comprehensive measure on how to address juvenile-on-juvenile misconduct and no clear method of holding offenders accountable, the department wrote.

The investigation concluded that “civilian legal authorities and installation commanders generally did not hold juvenile offenders accountable,” over the two-year time frame. The watchdog recommended that policies be put in place on how to specifically tackle minor-on-minor misconduct at the military installations. (RELATED: Trump’s DOD Delivers Another Big Blow To Bezos, Gives $10 Billion Cloud Project To Microsoft Instead Of Amazon)

It also recommended the organization identify which segments of the education system will provide counseling services to both victims and offenders involved in serious misconduct. ‘