A voter who showed up to a poll in New Hampshire on Tuesday voted topless after she was told she couldn’t wear a shirt that slandered Trump because it violated electioneering rules.

The unidentified woman attempted to vote at a polling station in Exeter, New Hampshire wearing a “McCain Hero, Trump Zero,” t-shirt, according to Seacoast Online. However, as a polling worker was checking her name off the voter list, Town Moderator Paul Scafidi told the woman she couldn’t wear a shirt with a political candidate featured on it while she voted, per the same report.

An argument ensued when the woman noticed another voter wearing a shirt with the American flag and asked why she had been singled out for her “Trump Zero” shirt. (RELATED: Trump More Than Doubles Obama’s 2012 New Hampshire Vote Total)

“She asked why her and not me?” Scafidi told SeaCoast Online. “I said she was going to have to cover her shirt and (a shirt) supporting the American flag was not electioneering. That’s my opinion, and that was my call as the moderator.” 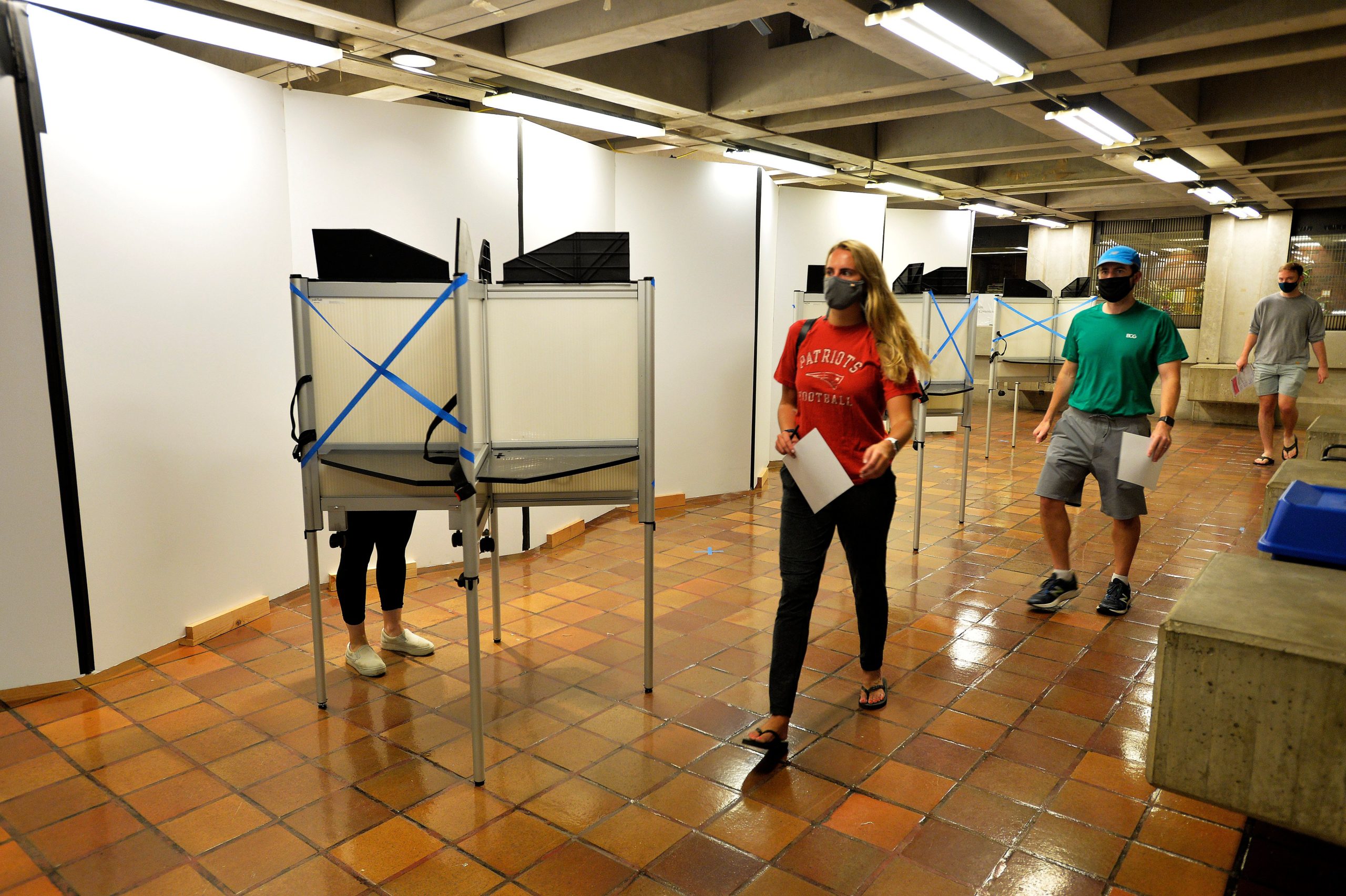 Voters with their ballots leave the polling booths at Boston City Hall during the Massachusetts State Primary on September 1, 2020 in Boston, Massachusetts. (Photo by Joseph Prezioso / AFP) (Photo by JOSEPH PREZIOSO/AFP via Getty Images)

State law says voters can’t “distribute, wear, or post at a polling place any campaign material,” and if convicted, can be fined up to $1,000.

Scafidi says the woman asked if he wanted her to remove the shirt.

“I said, I’d rather she not,” Scafidi said. “But she took it off so fast, no one had time to react so the whole place just went, ‘woah,’ and she walked away, and I let her vote. She could’ve just gone into the hallway and turned it inside out.”

Scafidi said he could have had the woman removed by police for indecent exposure, but decided against it after the woman put her shirt back on as soon as she finished voting, according to the report.

“I could have (had her removed), but I didn’t want to exacerbate the whole thing. I don’t know if she was trying to have me get her arrested, but I thought it was better to just let things play out. I don’t think there were more than 15 voters in the building at the time and if there were any children there, I didn’t see them,” Scafidi said.

Scafidi says most poll workers weren’t bothered by the incident and found it funny.