U.S. Sec. State Mike Pompeo said that there is a “substantial chance” that the Russian government was responsible for the poisoning of an opposition leader in August.

Pompeo all but confirmed Russia’s responsibility during an interview with conservative commentator Ben Shapiro on Wednesday, according to the State Department transcript of the interview. Alexei Navalny, a prominent critic and opponent of Russia president Vladimir Putin, fell ill after reportedly drinking poisoned tea on Aug. 20.

“I think people all around the world see this kind of activity for what it is,” Pompeo said. (RELATED: Trump’s National Security Council Condemns Russia For Allegedly Poisoning Alexei Navalny)

He continued: “And when they see the effort to poison a dissident, and they recognize that there is a substantial chance that this actually came from senior Russian officials, I think this is not good for the Russian people. I think it’s not good for Russia.” 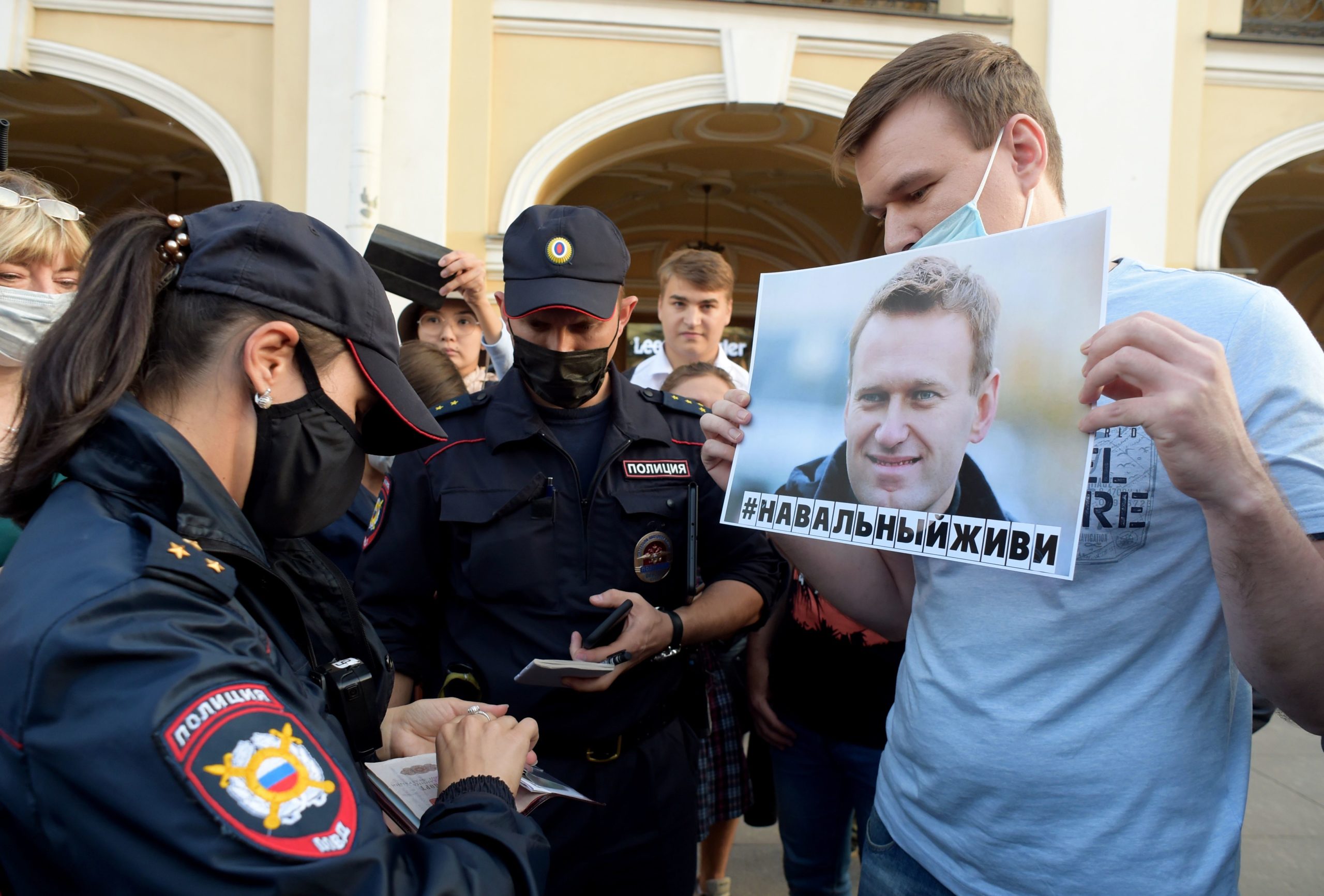 Police officers check documents of a man during a gathering to express support for the Alexei Navalny after he was allegedly poisoned, in downtown Saint Petersburg on August 20, 2020. (Olga Maltseva/AFP via Getty Images)

Navalny was first taken to a Russian hospital where, unconscious, he was put on a ventilator, according to his close aide Kira Yarmish. Days later, he was transported to Germany to receive intensive care, The New York Times reported.

“It is a shocking event that Alexei Navalny has become the victim of an attack with a chemical nerve agent in Russia,” spokesperson Steffen Seibert said, according to Reuters. “The federal government condemns this attack in the strongest terms.”