Democratic presidential nominee Joe Biden has at times indicated that a new approach to China is needed after decades of a broken foreign policy consensus. But a look at Biden’s record shows how the former vice president was a central figure in the political establishment’s role in facilitating the rise of China.

His campaign website argues that Biden would be tough on China as president but during his four decades of public service Biden has directly contributed to China’s rise, and he has defended his previous statements and positions on the campaign trail.

Biden’s supposed transformation was likely in response to the tougher approach adopted by President Donald Trump and souring attitudes towards China amid growing tensions and the coronavirus pandemic.

Trump has broken with decades of foreign policy consensus on China. The administration imposed tariffs on a majority of Chinese imports, enacted sanctions on top Chinese officials and moved to limit the influence of Chinese technology companies like Huawei. 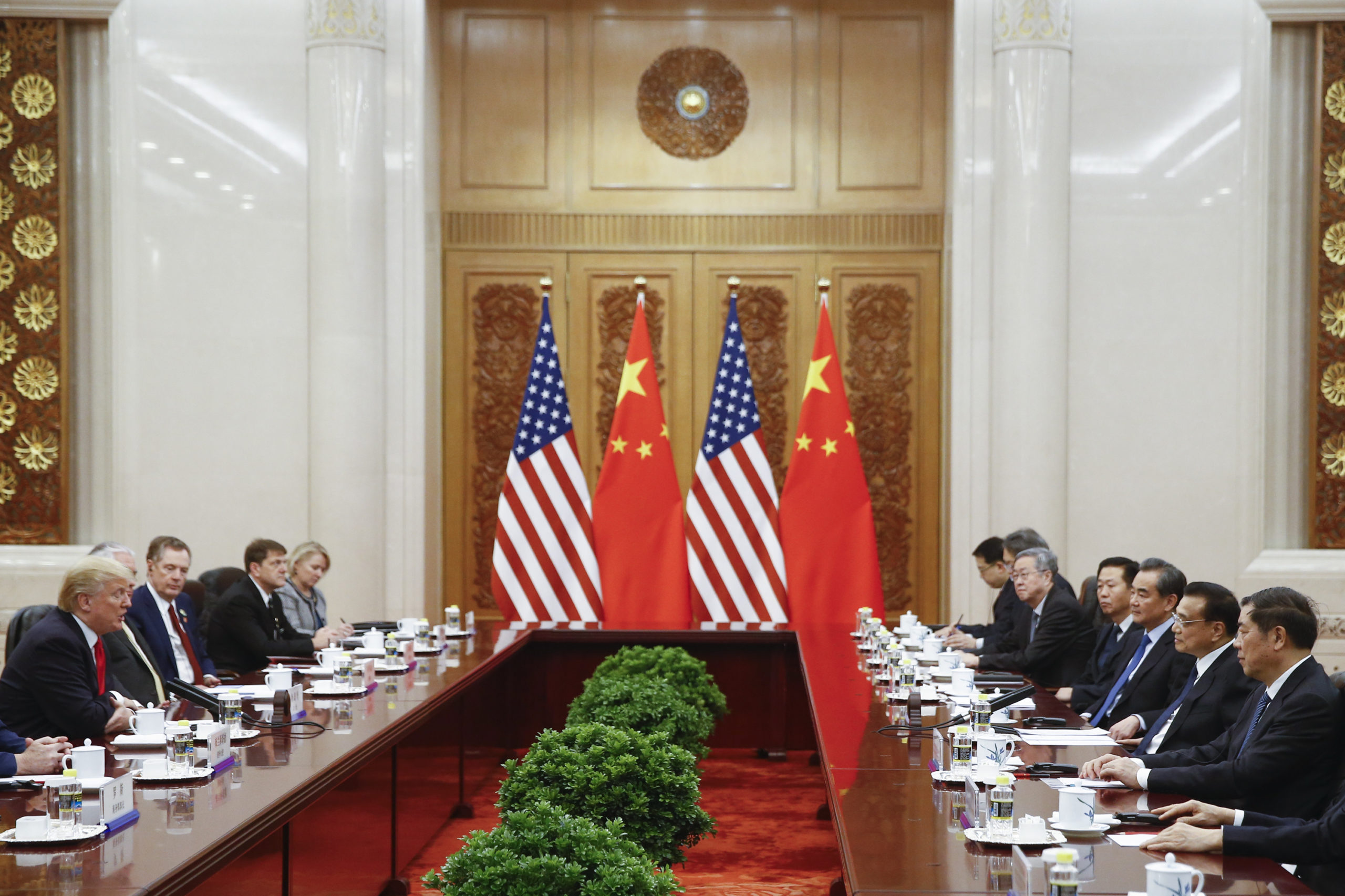 Some of Biden’s advisers said they share the Trump administration’s assessment of China as a strategic threat, The Wall Street Journal reported. “I think there is a broad recognition in the Democratic Party that Trump was largely accurate in diagnosing China’s predatory practices,” said Kurt Campbell, a former Obama State Department official and Biden campaign adviser.

Biden said he has had a “long interest in the evolving nature of the Chinese Communist Party” since his first visit to the country as a freshman Senator in April 1979, The New York Times reported. He was part of the first U.S. congressional delegation to the country since communist government came to power in 1949.

Biden argued in a 2000 speech on the Senate floor that China’s global economic integration would “influence the structure of their internal social, economic and political systems.” He shared the bipartisan consensus that engagement with China would, in Biden’s words, “encourage China’s development as a productive, responsible member of the world community.” 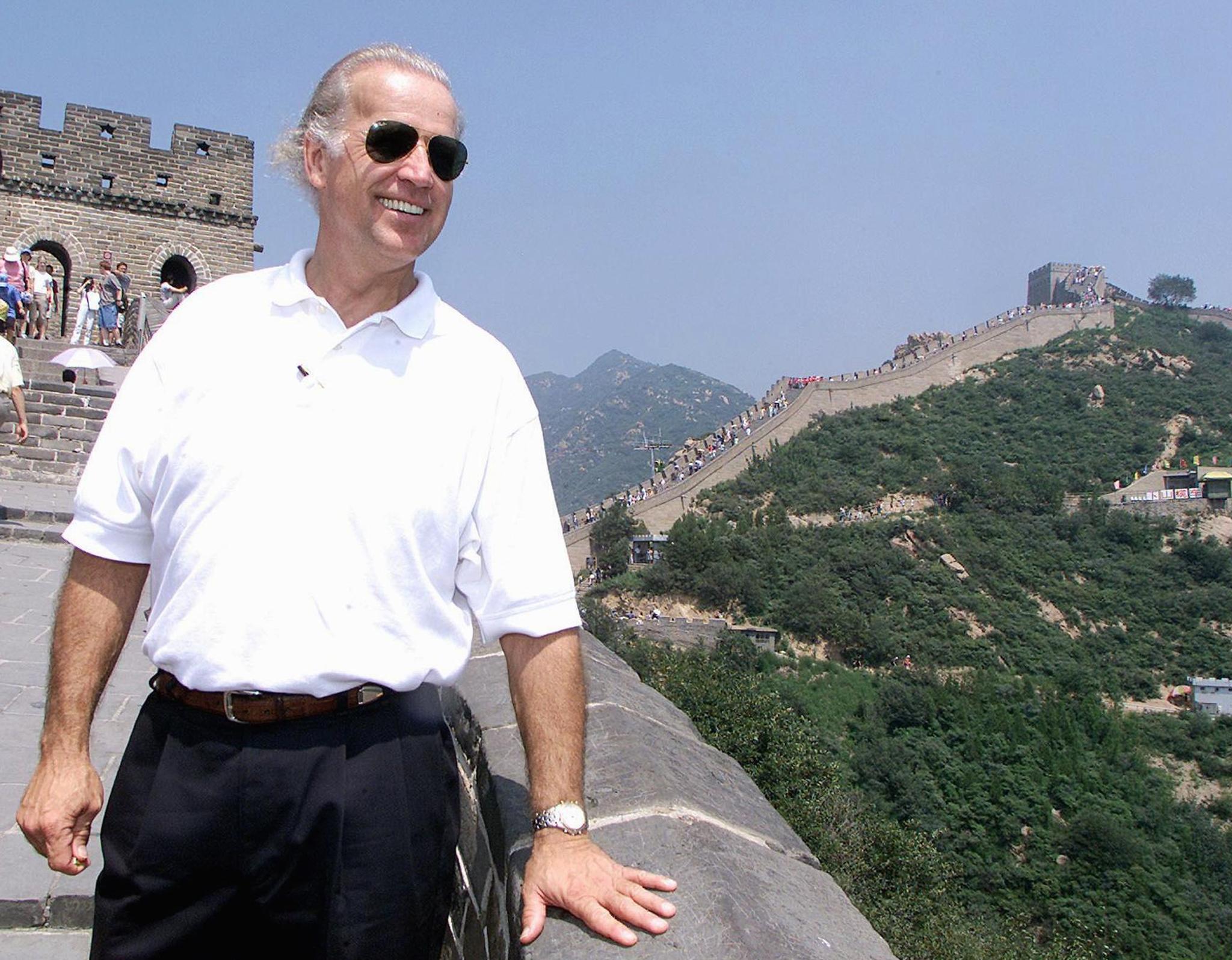 Biden was chairman of the Senate Foreign Relations Committee when he pushed for China’s entry into the World Trade Organization (WTO) in 2001, The New York Times reported. His Senate aide Frank Jannuzi recalled that Biden told then Chinese President Jiang Zemin that the U.S. “welcomes the emergence of a prosperous, integrated China.”

Trump called this decision “one of the greatest geopolitical and economic disasters in world history” during a press conference earlier this year. He slammed Biden for his role in the decision and said his “entire career has been a gift to the Chinese Communist Party (CCP).”

Notably, integrating China into the global economy did not lead to liberalization or democratization as most predicted. State-owned enterprises controlled strategic industries, technology transfers and outright intellectual property theft continued, and the CCP strengthened its role in domestic and international governance, The New York Times reported.

China effectively disproved the theory that liberal democratic institutions were necessary for economic growth. Some experts believe that this “China model” could be exported to other countries amid growing skepticism of Western neoliberalism. (RELATED: The Emerging China-Iran-Pakistan Alliance Is Directed DECIDEDLY Against The United States)

A 2018 study from the Economic Policy Institute concluded that China’s entry into the (WTO) cost the U.S. roughly 3.4 million jobs and widened the trade deficit between the two countries. White House trade adviser Peter Navarro has argued that this decision helped hollow out the U.S. manufacturing base, the Atlantic reported.

CNN host Jake Tapper asked Biden during a Thursday interview if he was “naive about China” when the country was admitted to the WTO. “No,” Biden responded before arguing that he wanted China to grow and didn’t want a war. (RELATED: ‘China Owns Us’: Rick Berman On How China Forces American Industries Into ‘Self-Censorship’)

.@jaketapper: Do you think in retrospect you were naive about China [re: allowing China into WTO and granting them most favored nation status]

As China continued its evolution into an economic and military power capable of challenging the U.S. during the Obama administration, Biden wrote 2011 New York Times op-ed that Americans need not worry about the rise of China. Titled, “China’s Rise Isn’t Our Demise,” the op-ed argued that “a successful China can make our country more prosperous, not less.”

Biden’s 2020 presidential campaign has been mired with inconsistencies as he tries to paint himself as both someone who will be tough on China and also someone who was central to U.S.-China relations in previous decades, The Hill reported.

Biden called Chinese President Xi Jinping a “thug” and said China “must play by the rules” during a Democratic primary debate February. His “Buy American” plan takes a tough position on China and calls for restoring manufacturing jobs and protecting domestic supply chains.

Trump has repeatedly said “China is laughing at us” and, during a White House meeting in 2017, called for rooting out the “globalists” who oversaw the rise of China and the subsequent decline of American industry. (RELATED: Prominent Disney Stakeholder Calls Company’s Silence On China ‘Wildly Offensive,’ Demands Answers)

These “globalists” in the political and corporate establishments supported China’s economic integration decades ago. The result of this process can be seen in the way American companies, the entertainment industry, universities and other institutions have consistently bent the knee to China while pushing “anti-American propaganda” at home.

Biden says he will be tough on China, but he was one of the very “globalists” who allowed China to become a superpower in the first place.