Democratic presidential nominee Joe Biden said Thursday that if he wins the election in November, he will not fully withdraw American troops from Afghanistan and the Middle East.

Biden told Stars and Stripes Thursday he supported a continued presence of up to 2,000 ground troops throughout the region for executing operations against ISIS and other terror threats.

“These ‘forever wars’ have to end,” Biden told the military paper. “I support drawing down the troops. But here’s the problem, we still have to worry about terrorism and [the Islamic State],” Biden said.

Biden tells @starsandstripes that conditions in Syria, Afghanistan and Iraq are so complicated that he cannot promise full withdrawal of troops in the near future and would likely keep a max 1500-2000 troops on the ground.https://t.co/QnUC6BUN5L

Biden also said that he did not favor cuts to U.S. defense spending, citing the need to deter “near-peer” powers like China and Russia.

Biden’s position stands in contrast to many progressives who support a full withdrawal of American troops from the region.

Biden’s position also differs from President Donald Trump, who has opposed American troops’ continued presence in the region as well, Axios reported. (RELATED: Trump To Withdraw 12,000 Troops From Germany, About Half Set To Come Home) 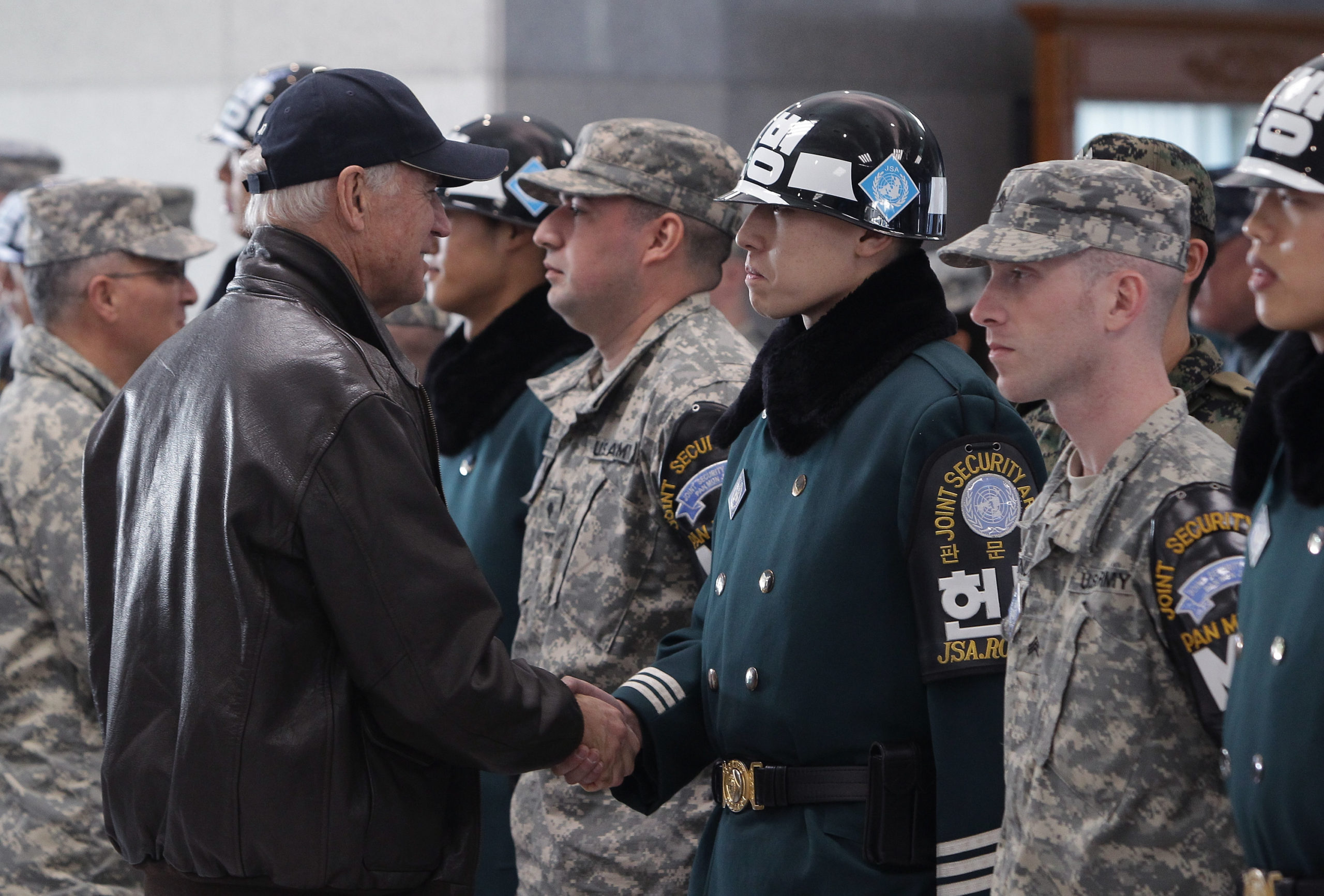 Biden’s stance reinforces comments that he made during a January Democratic presidential primary debate where he said that he thought it would be a “mistake to pull out the small number of troops that are there now to deal with ISIS,” according to Axios.

Biden has not always supported military intervention during his 36 years in the Senate. He voted against the first Gulf War in 1991 but voted for the Iraq War in 2003, Axios reported.