There have reportedly been at least 20 fatalities from the wildfires burning across the West Coast in California, Oregon and Washington.

Four people have reportedly died from wildfires in Oregon, according to a report published Friday by CNBC. A 1-year-old boy also died from a wildfire in Washington, the outlet reported. The Butte County Sheriff’s Office confirmed ten people had died from a California wildfire and the search is on for missing people. 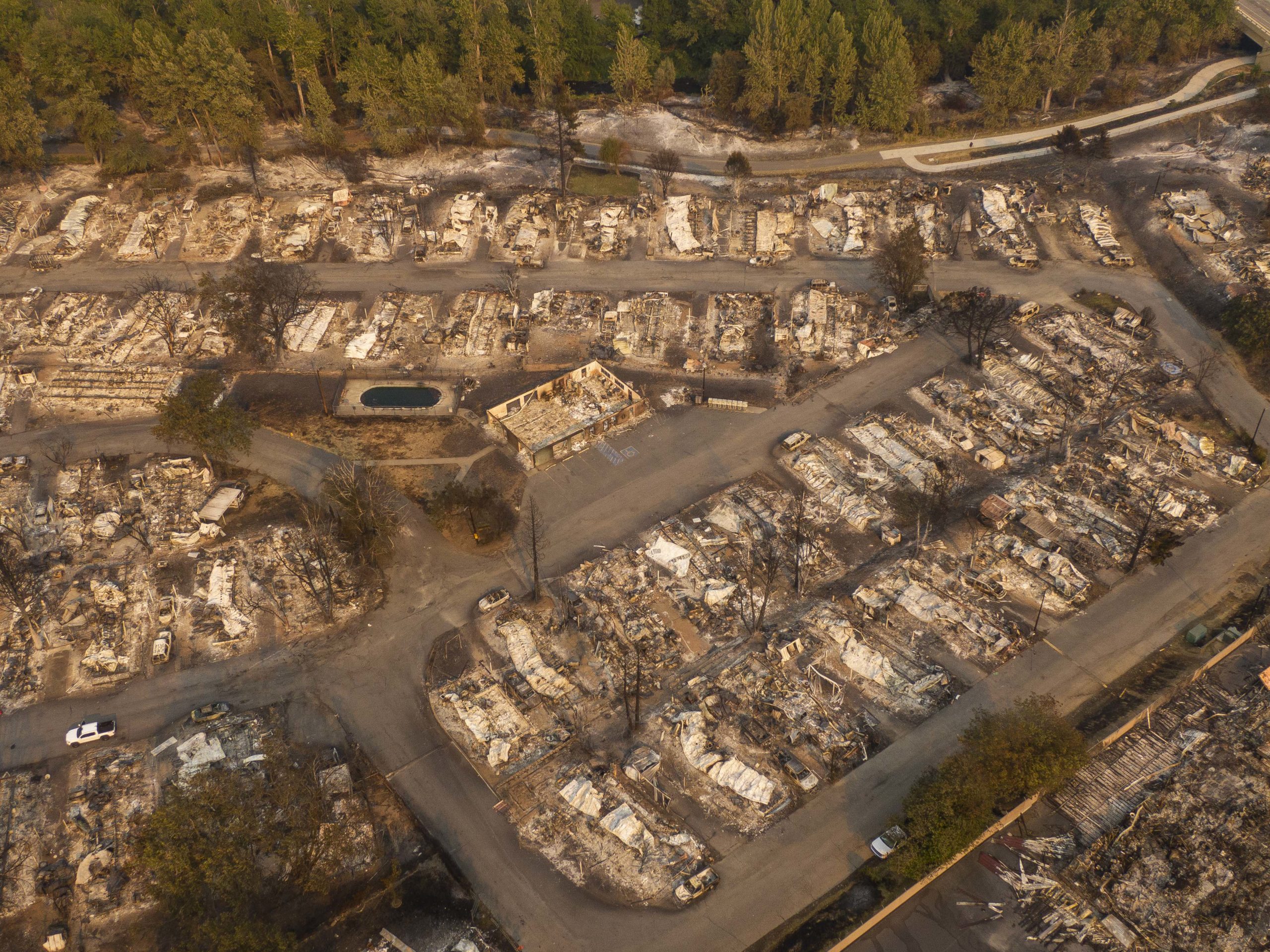 In this aerial view from a drone, a mobile home park destroyed by fire is shown on September 10, 2020 in Phoenix, Oregon. Hundreds of homes in the town have been lost due to wildfire. (Photo by David Ryder/Getty Images)

As previously reported, 500,000 people have been ordered to evacuate Oregon. Democratic Oregon Gov. Kate Brown claimed 900,000 acres have burned in the recent wildfires, which is over the yearly average of 500,000 acres. (RELATED: Oregon Wildfires Force 500,000 Under Evacuation Orders)

“We have never seen this amount of uncontained fire across the state,” Brown said at a press conference Thursday, CNBC reported. “We are feeling the acute impacts of climate change.” 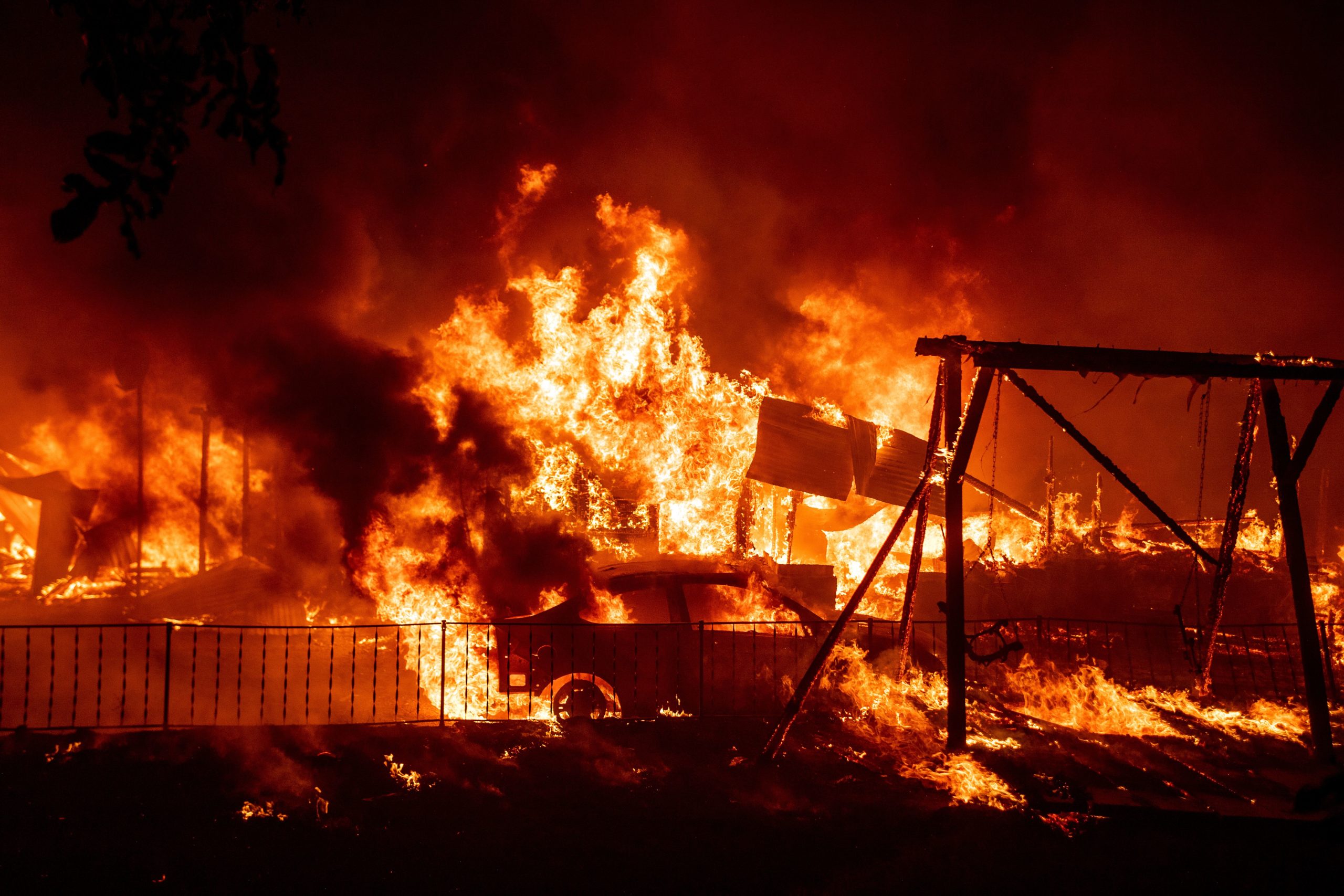 A home burns during the Bear fire, part of the North Lightning Complex fires in the Berry Creek area of unincorporated Butte County, California on September 9, 2020. – Dangerous dry winds whipped up California’s record-breaking wildfires and ignited new blazes, as hundreds were evacuated by helicopter and tens of thousands were plunged into darkness by power outages across the western United States.(Photo by JOSH EDELSON/AFP via Getty Images)

64,000 people are under evacuation orders in California as firefighters work to contain 29 separate wildfires, the outlet reported. 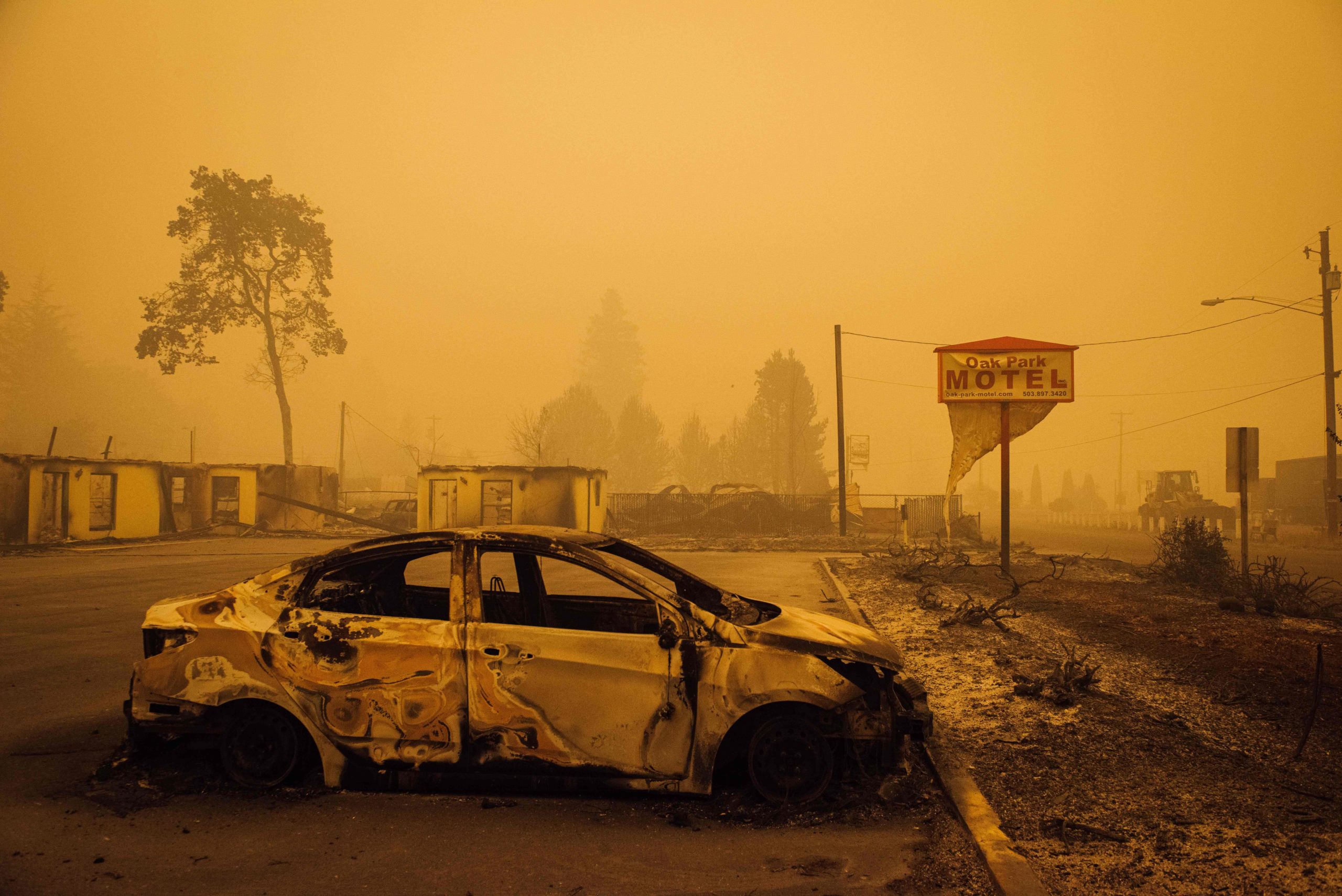 A charred vehicle is seen in the parking lot of the burned Oak Park Motel after the passage of the Santiam Fire in Gates, Oregon, on September 10, 2020.  (Photo by KATHRYN ELSESSER/AFP via Getty Images)

Strong winds and extreme dryness and heat have contributed to the recent fires, Chief of Fire Protection at the Oregon Department of Forestry told OBP.

“Our number one priority is evacuation and basic life safety,” Chief Deputy State Fire Marshal Mariana Ruiz-Temple told the outlet. “This wind event does not give us the opportunity to really get in there and fight fire how we might fight fire in previous events.”