Democrats are building a sizable lead over Republicans in early voting, leading some Republicans to worry that their electoral success will be contingent on an enormous Election Day turnout amid the ongoing coronavirus pandemic, Politico reported Friday.

Democrats’ lead exists in numerous states that have begun accepting absentee ballot requests, including multiple swing states like North Carolina and Pennsylvania, according to secretary of state offices across the country Politico reported. Democrats also lead in early voting in New Hampshire, Ohio, Iowa, according to Politico.

In Florida, the largest swing state in the country, Democrats have requested ballots at a rate 50% higher than Republicans, according to state data.

Far more Democrats than Republicans are requesting mail ballots in key battleground states, including voters who didn’t participate in 2016https://t.co/szlH1KNWO8

Despite some concerns from Republicans, Trump’s campaign remains confident that its Election Day turnout will give the president a second term.

“Our voters are high motivated by their enthusiasm for President Trump and are going to vote — many just prefer to vote in person,” said Steve Guest, the GOP’s rapid response director, in a statement to the Daily Caller News Foundation.

“The reality is no one is better at turning out voters than Trump Victory, and the Biden campaign simply can’t match our ground game,” Guest said.

While registration rates could change before of Nov. 3, the registration gap means that Republicans may have to outnumber Democrats among in-person voters on Election Day, a risk that is amplified by the pandemic.

“Bottom line is that Biden is banking a lead in the mail and more of the risk of something going wrong late” for Republicans, GOP pollster Chris Wilson told Politico.

The gap also reflects recent polls showing that Democrats planned to vote absentee at a much higher rate than Republicans. Democrats have adopted mail-in voting as a central part of their 2020 strategy, while President Donald Trump has repeatedly criticized the method as corrupt, frustrating some Republicans who see it as critical to their success in November, according to NPR. (RELATED: Trump: Mail-In Voting ‘Puts The Election At Risk’) 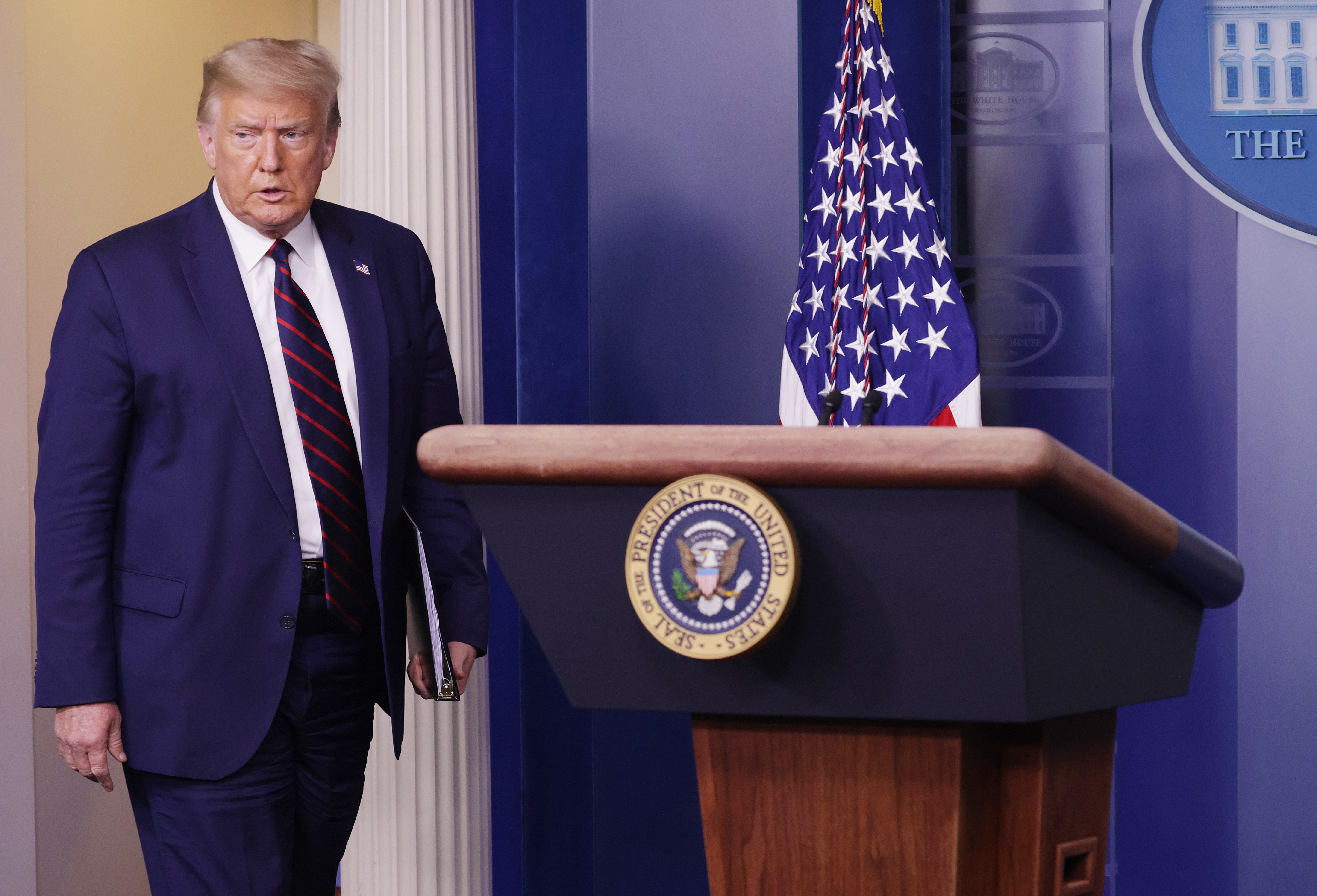 “It’s a case of what Trump actually says mattering a lot more than what his campaign does,” Wilson said. “The campaign is working hard to get absentees requested and, soon, returned; but Trump bashing mail voting repeatedly makes strong Republicans much less likely to do it.”

“While Trump is keeping busy kneecapping Republican efforts to sign up his supporters to vote by mail with debunked claims about absentee voting, Democrats have a massive grassroots army focused on turning out voters early and on Election Day, and we’re already seeing strong results and real energy – including among first-time voters,” Gwin told Politico. (RELATED: Maryland Will Close Almost 85% Of Its Polling Places, But Officials Say They Aren’t Worried)

Though Democrats’ early voting edge is widespread, Republicans do continue to lead in some competitive states. In Georgia, which has two close Senate races in addition to the presidential election, Republicans lead Democrats in early voting by approximately 55,000 votes, Politico reported.