Democratic presidential nominee Joe Biden told reporters Friday that he will only be talking about 9/11 on the 19th anniversary of the infamous attacks.

Biden’s comments came as he was boarding a flight from Delaware to New York. He told reporters that his campaign would not be advertising for the day and that his comments would be solely regarding 9/11. 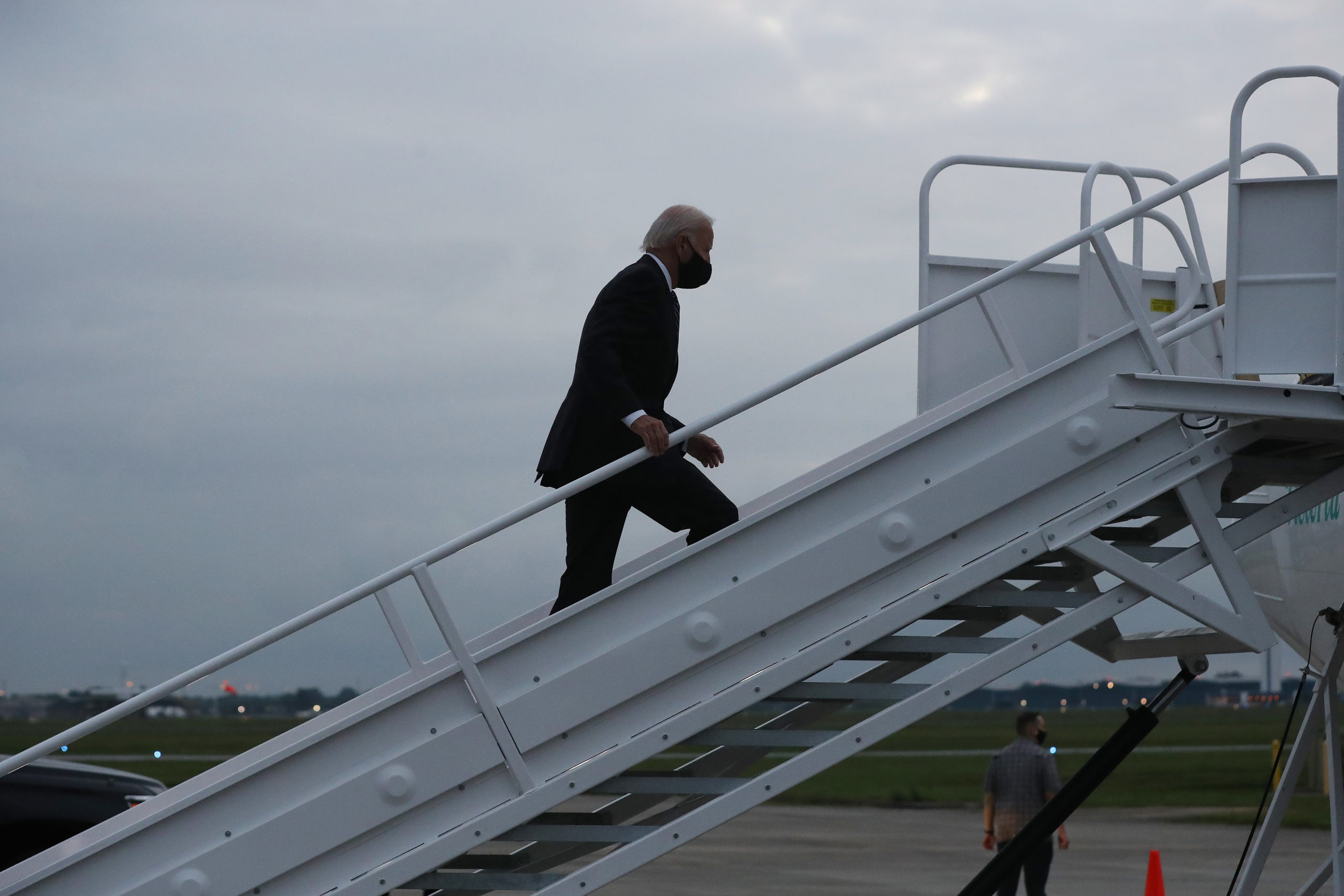 “We took all our advertising down,” he continued. “It’s a solemn day. That’s how we’re going to keep it. Okay? You can determine whether I make news, but I’m not going to be holding a press conference. Solemn day, took all of our advertising down, get back to the campaign tomorrow.” (RELATED: Son Of 9/11 Victim Describes The Day That Changed His Life 19 Years Ago)

Biden and his wife Jill Biden went to New York City for the 19th anniversary commemoration ceremony at the 9/11 Memorial & Museum. Later Friday, the Biden’s plan to travel to Shanksville, Pennsylvania, near where United Airlines Flight 93 went down after passengers and crew tried to regain control of the hijacked aircraft.