The approximate number of Oregonians who have evacuated accounts for roughly 10% of the state’s 4.2 million citizens, according to the Oregon Office of Emergency Management (OEM), the Associated Press reported. An interactive OEM map shows a massive ongoing wildfire near Portland and the state’s capital Salem.

“I’m going to start all over again. It’s not easy but it’s not impossible either. You have to be a little tough in situations like this,” said Artemio Guterrez, a single father of four who evacuated with his four kids, according to the AP. (RELATED: ‘A Great Deal Of Loss’: Wildfires Continue To Ravage Oregon And The West Coast) 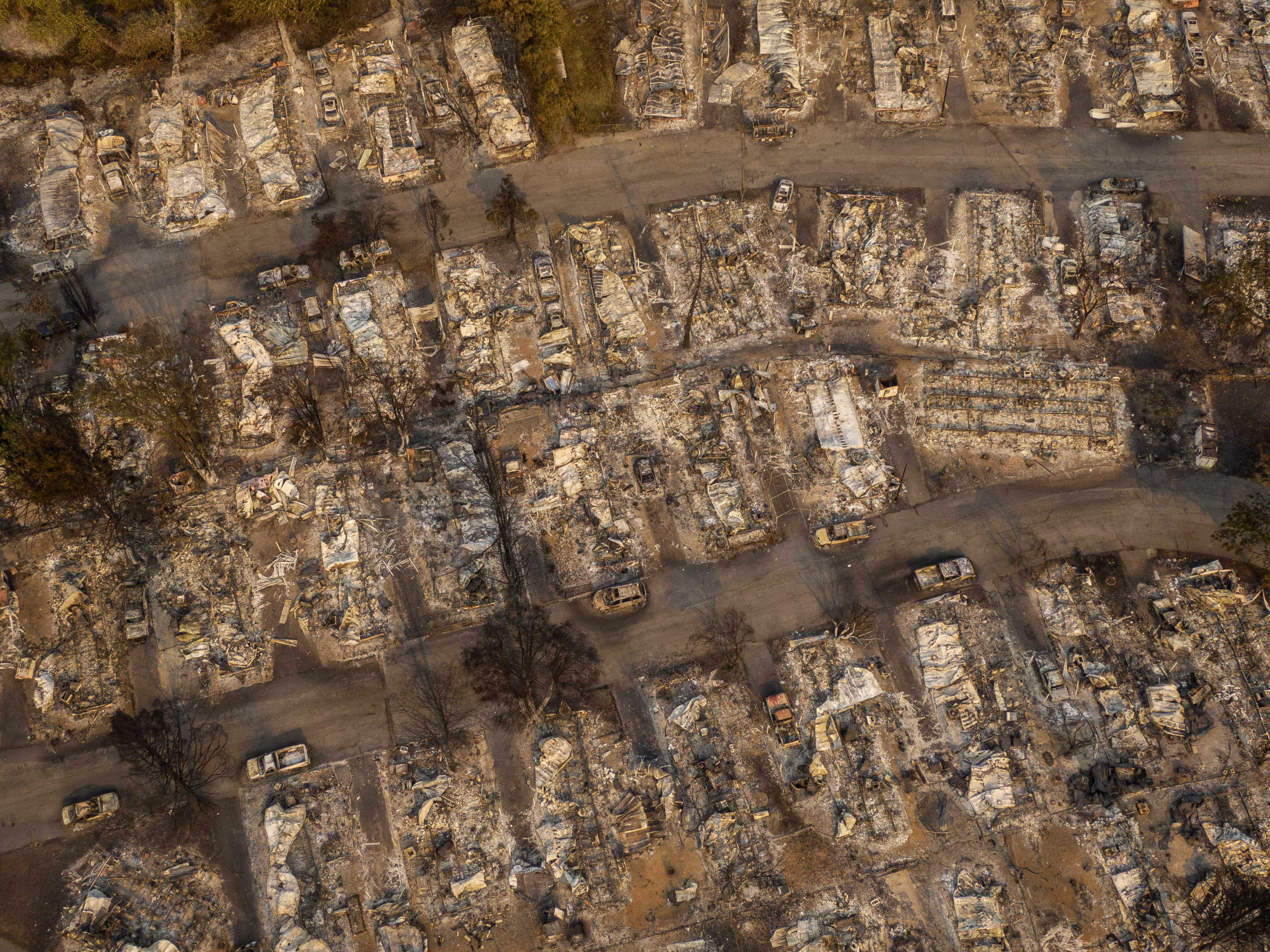 In this aerial view from a drone, a mobile home park destroyed by fire is shown on September 10, 2020 in Phoenix, Oregon. (David Ryder/Getty Images)

In areas with a forced evacuation order, officials reassured evacuees that police would work to prevent looting, the AP reported. Meanwhile, inmates at Coffee Creek Correctional Facility, a suburban Portland women’s prison, were moved “to keep everyone safe,” according to the Oregon Department of Corrections.

Wildfires in the state have burned through 900,000 acres already, Gov. Kate Brown said Thursday, according to The Oregonian. It is the first time Oregon has had that much uncontained wildfire burning at once, she added.

Three law enforcement agencies including the Oregon State Police are investigating one of the fires as a possible act of arson, according to The New York Times. That fire has resulted in the destruction of at least 600 homes and at least two deaths.

Meanwhile, officials and state leaders in California and Washington are also attempting to stave off fires in their own states, according to the Times. More than 3 million acres have been burned in California, the Times reported.