A Charlottesville, Virginia confederate statue located near the 2017 “Unite the Right” rally, which resulted in the death of a counter-protester, was removed Saturday.

The “At Ready” statue, erected in 1909, depicts a Confederate soldier and was positioned outside the county courthouse, according to CNN. The Albemarle County Board of Supervisors voted to remove the statue on Aug. 6 following a public hearing, according to a county press release.

“Clear to every black defendant who must pass them on the way into court: this space is reserved for the Confederate cause,” said Charlottesville City Councilmember Kristin Szakos, NBC affiliate WVIR reported. “You will find no justice here.”

Albemarle County livestreamed the removal of the statue, which began at 6:30 a.m. Saturday. The county opted to stream the event online rather than hold an in-person ceremony due to the ongoing coronavirus pandemic. (RELATED: Statue Of Black Abolitionist Frederick Douglass Torn Down, Dragged To Nearby River) 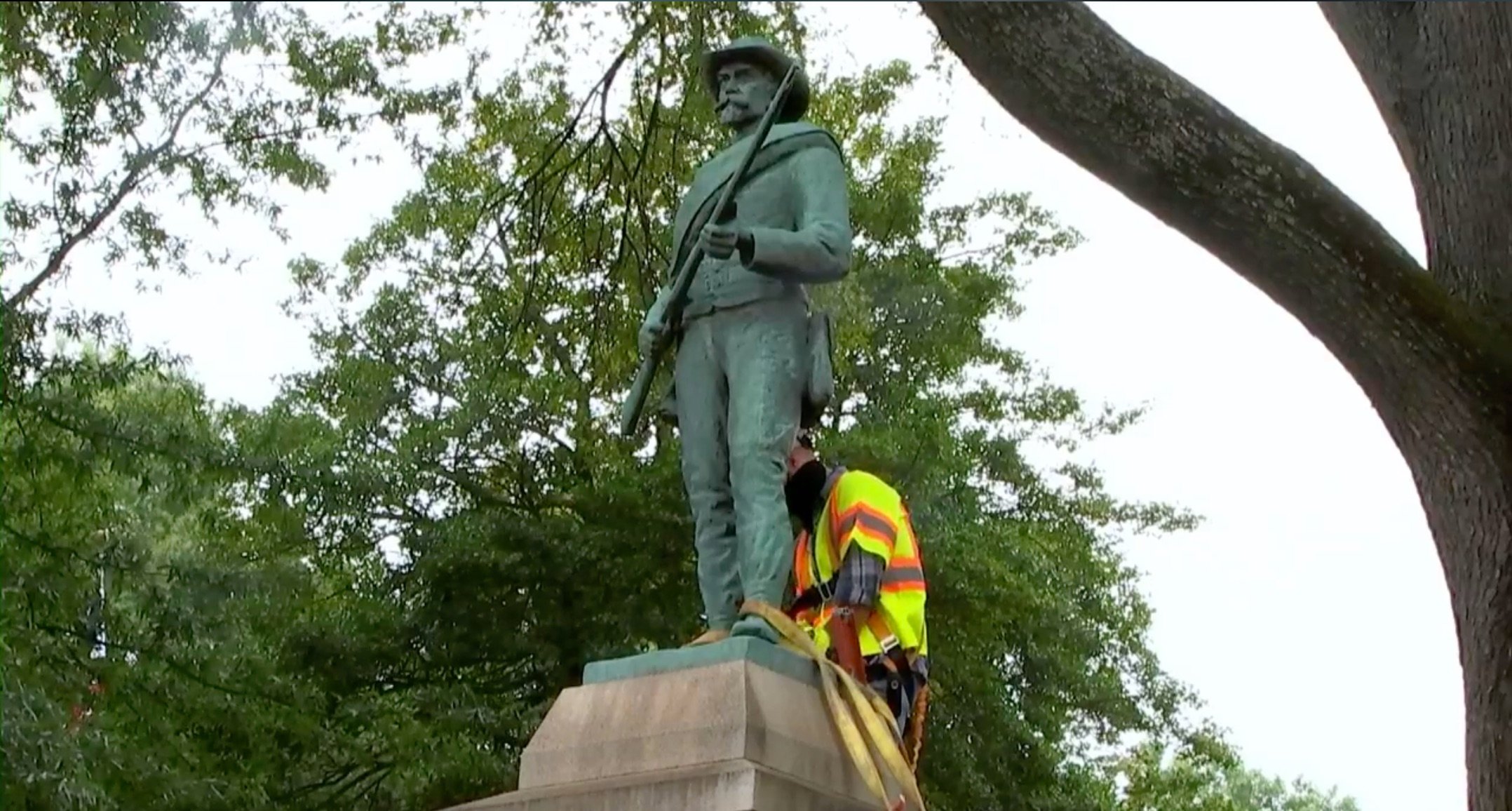 Hundreds of demonstrators protested the removal statues during the white nationalist “Unite the Right” rally in August 2017. The event turned violent when hundreds of counter-protesters arrived, according to The Associated Press.

During the demonstration, self-avowed white supremacist James Fields Jr. drove his vehicle through a crowd of counter-protesters killing one, according to The New York Times. Fields pleaded guilty to 29 federal charges and received a life sentence in June 2019.

A Virginia judge ruled in September 2019 that the city’s proposed removal of the Jackson and Lee statues violated state law, according to WTOP News. However, following the death of George Floyd who died in Minneapolis police custody in May, the Virginia General Assembly passed legislation that allowed local officials to remove statues, according to the county press release.

The “At Ready” statue removal is the state’s first removal following the amended law allowing localities to determine the fate of their statues, the press release said. The statue will be donated to the Shenandoah Valley Battlefield Foundation.

Statues nationwide were torn down and removed in in the wake of Floyd’s death. Christopher Columbus statues, a Gen. Williams Carter Wickham statue and a Jefferson Davis statue were among the many targeted.