Legendary football coach Lou Holtz said he was surprised and humbled when President Donald Trump told him he would be awarded the Presidential Medal of Freedom.

“I just wish my wife could have been here,” Holtz told the Daily Caller News Foundation in an exclusive interview. His wife, Beth Holtz, died on June 30 — 20 days before their 59th wedding anniversary, the former Notre Dame football coach said.

Holtz said that if his wife were still alive when he found out he’d receive the Medal of Freedom, “she’d tell me ‘be sure and take the garbage out.'” He said he later learned that Beth was aware of the campaign to nominate him for the award and kept it a secret from him.

Trump announced during a Sept. 4 White House briefing that Holtz would receive the award. The College Football Hall of Famer spoke at the Republican National Convention on Aug. 26, has become a pro-life advocate, has spoken to the troops around the world and has written three New York Times bestsellers. (RELATED: Legendary Notre Dame Football Coach Lou Holtz Defends ‘Fighting Irish,’ Says Name Originated When ND Fought The KKK)

“President Trump called me one Saturday morning … and said ‘you’re going to received the Medal of Freedom,'” Holtz told the DCNF. “I was called out of the blue. No inkling whatsoever.”

“I was quite surprised and shocked,” Holtz continued. “I never expected it,” 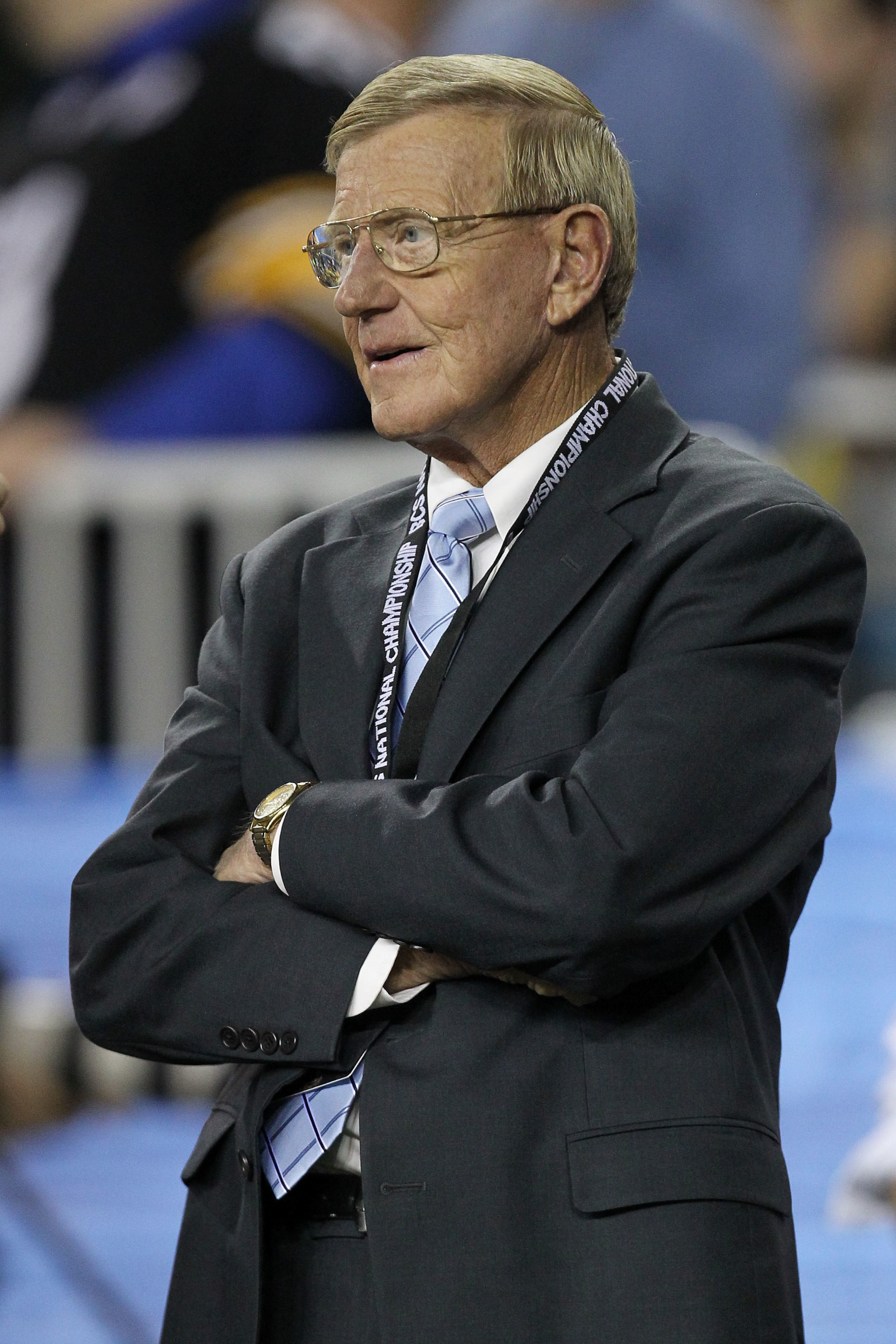 Lou Holtz looks on during the Tostitos BCS National Championship Game between the Oregon Ducks and the Auburn Tigers at University of Phoenix Stadium on January 10, 2011 in Glendale, Arizona. (Ronald Martinez/Getty Images)

He told the DCNF that “there are so many people that made that possible.”

“My wife and my family, the sacrifices that they’ve made over the years and we just, we just tried to do the right thing and help as many people as we can,” Holtz said. “I made a lot of mistakes and do dumb things … but, you know, I am humbled by it, and I can’t tell you why I got it.”

“I didn’t make the decisions, I didn’t campaign for it, didn’t have anything to do with it,” he said. “I’m not saying I deserve it. Other people did and they put forward the effort.”

Holtz said he was told that his wife kept the campaign a secret from him to prevent him from being disappointed in case he didn’t receive the award.

“She’s in a better place,” Holtz said. “She suffered a lot in her later years. I was her caretaker. She was on a feeding tube the last two years plus” and her weight dropped to around 91 or 92 pounds.