Biden leads Trump by four points in Nevada, three points in New Hampshire, five points in Wisconsin and nine points in Minnesota, the poll shows. Of those states, Hillary Clinton only lost Wisconsin in 2016, which Trump won by less than 1%.

Despite Biden’s lead in each state, he only received 50% support in Minnesota, while Trump received 41%. Biden received 46%, 45% and 48% support in Nevada, New Hampshire and Wisconsin, respectively.

Both Biden and Trump have campaigned heavily in each state, The New York Times reported. Trump held a campaign rally in Londonderry, New Hampshire, in August and is scheduled to visit Nevada Saturday. Both candidates also recently visited Kenosha, Wisconsin, where some protests escalated to riots in the aftermath of the shooting of Jacob Blake. 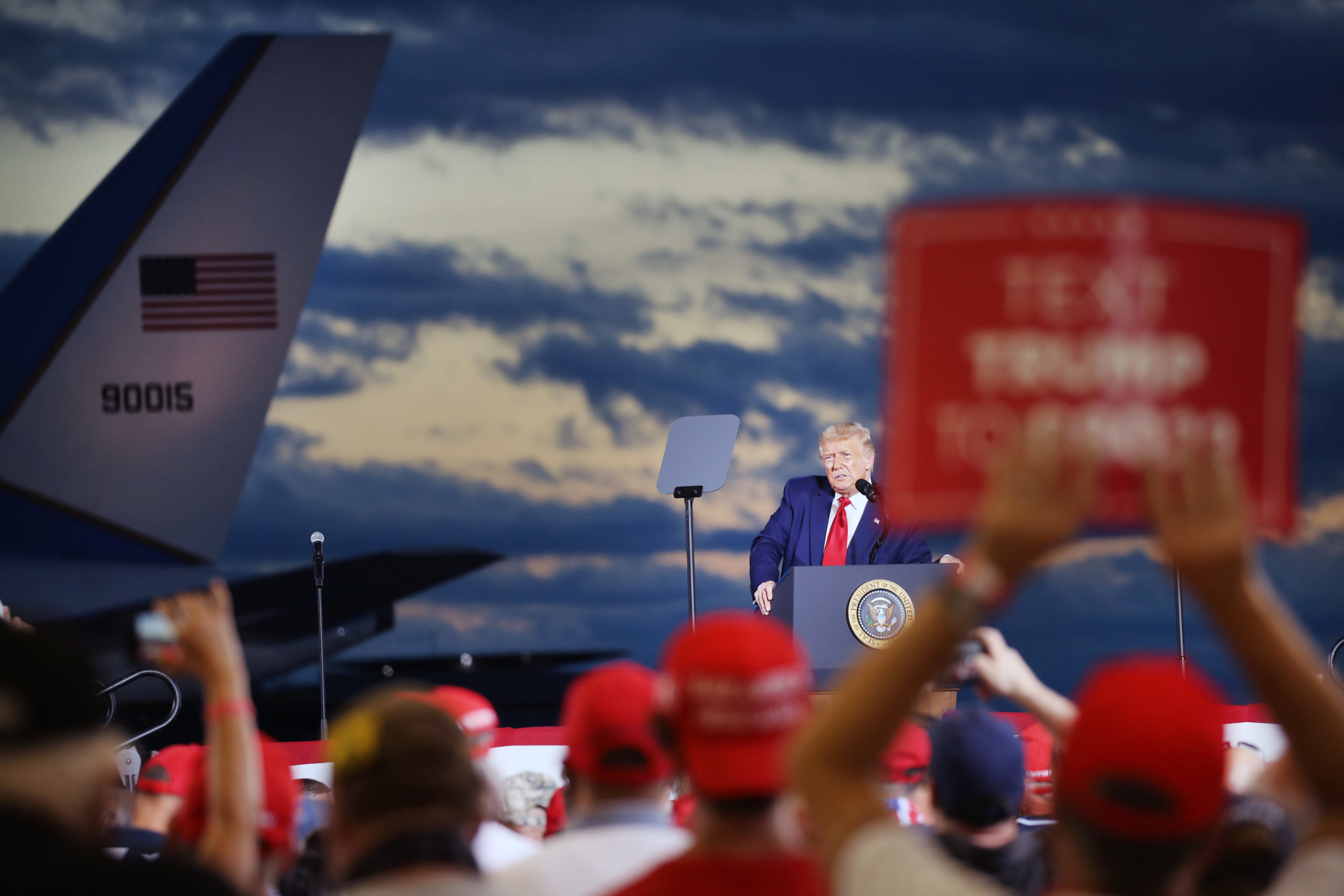 Likely voters in Minnesota and Wisconsin trust Biden over Trump on multiple issues, according to the poll. Nearly

50% of voters said that they trust Biden to better handle violent crime, compared to 46% who said the same for Trump, while 52% trust Biden to better handle the ongoing coronavirus pandemic compared to 41% who trust Trump. Biden also leads Trump 56%-37% on who voters in the two states trust to improve race relations in the United States. (RELATED: Recordings Capture Trump Admitting He Knowingly Downplayed The Coronavirus From January To March)

However, 50% of voters said that they trust Trump to bring back the economy, compared to 45% who said the same for Biden.

Biden continues to lead Trump in Wisconsin, which some forecasters say may decide the election. But the race in the state has narrowed since June, when a NYT poll showed Biden leading the president by 11 points in the state.

Trump came within two points of winning Minnesota in 2016, but no Republican has won the state since Richard Nixon in 1972. Trump’s campaign has insisted he can win Minnesota in November, and both candidates will campaign there next week, Twin Cities reported.

Trump trails Biden in other swing states that the president won four years ago, including Michigan and Pennsylvania, which sealed his victory over Hillary Clinton.

The NYT poll also shows Trump struggling to gain support among women, who favor Biden 54%-38%. Trump is also trailing Biden among younger voters and seniors, who prefer the former vice president by margins of 42 points and 12 points, respectively. Trump leads among middle-aged voters 52%-41%, according to the poll.

While Trump leads among rural voters by 10 points, his support has weakened among suburban voters, who prefer Biden by 11 points, the poll shows.

The poll surveyed 2,481 likely voters across the four states from Sept. 8-11, and has a margin of error ranging from 3.9 points in Minnesota to 5.5 points in New Hampshire.