A chunk of Greenland’s ice cap over 42 square miles in size broke off the frozen island’s northeastern shore Monday, the Associated Press reported.

Scientists pointed to the chunk’s break as evidence of climate change’s toll on the arctic region. The piece was part of the approximately 600 square mile Nioghalvfjerdsfjorden fjord, according to the National Geologic Survey of Denmark and Greenland (GEUS).

“We should be very concerned about what appears to be progressive disintegration at the Arctic’s largest remaining ice shelf,” said GEUS professor Jason Box, according to AP.

Greenland has been more affected by climate change than almost anywhere else in the world, scientists say. The territory, the far majority of which is a massive ice shelf, has lost 160 square miles – an area twice the size of Manhattan – since 1999, according to satellites which record changes in Greenland’s surface.

Scientists have also warned that Greenland keeps losing more ice than the amount added by snowfall each winter, which they say will contribute to the rising sea level.

One study released in August said that the ice lost in 2019 was enough to blanket California in four feet of water, AP reported. 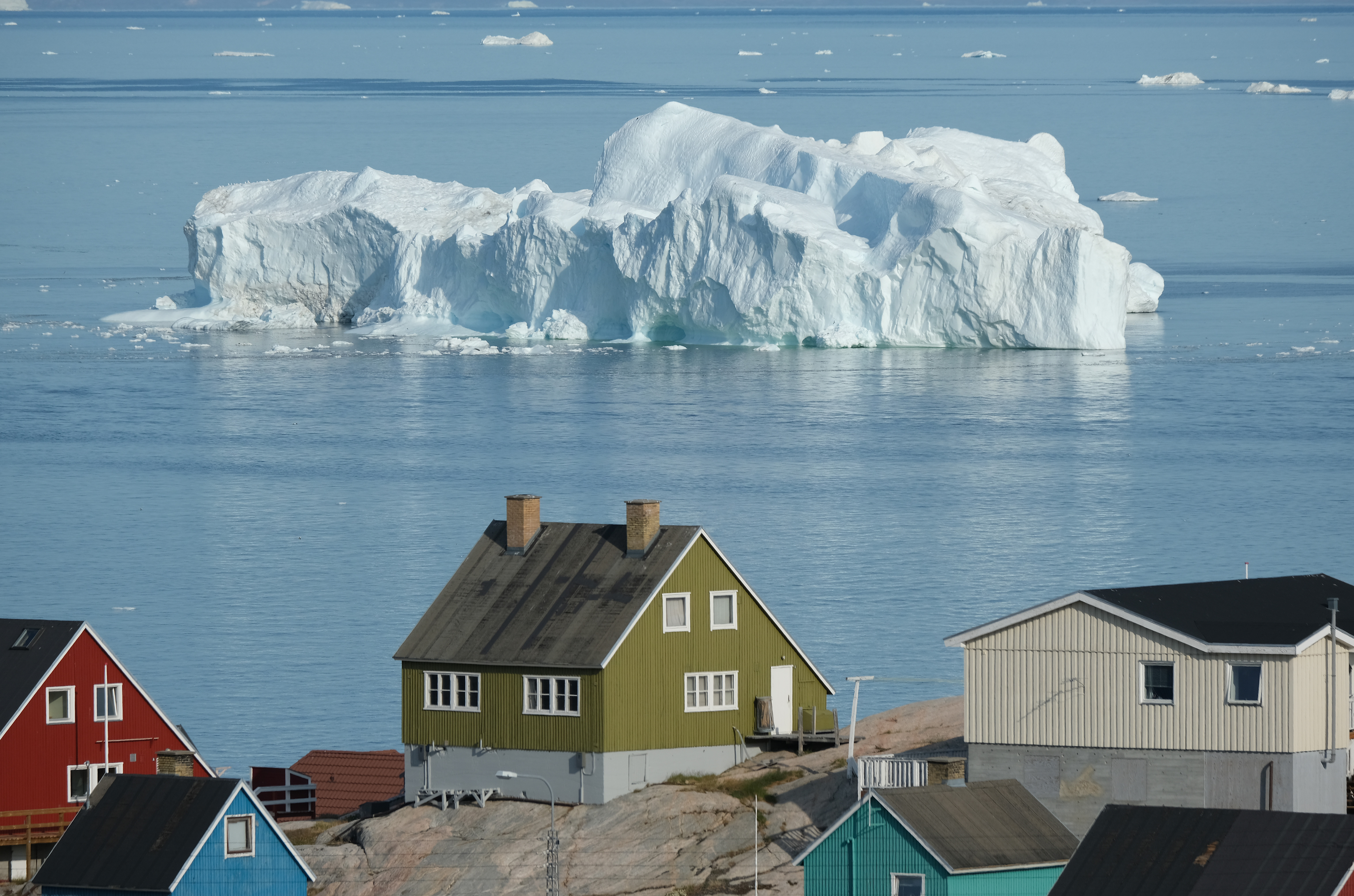 An iceberg floats in Disko Bay behind houses during unseasonably warm weather on July 30, 2019 in Ilulissat, Greenland. The Sahara heat wave that recently sent temperatures to record levels in parts of Europe is arriving in Greenland. Climate change is having a profound effect in Greenland, where over the last several decades summers have become longer and the rate that glaciers and the Greenland ice cap are retreating has accelerated. (Photo by Sean Gallup/Getty Images)

The fracture comes as wildfires burn millions of acres in the American West, which scientists say are amplified by hotter and drier summers as a result of climate change. The fires remain largely uncontrolled in Washington State, Oregon and California, and have killed over 35 Americans so far. (RELATED: The Sky Looks Apocalyptic As Wildfires Rage On The West Coast)

Trump has refrained from attributing the fires to climate change and has previously doubted the widespread scientific consensus, instead saying that they were caused largely by forest mismanagement, according to The New York Times.