The United States blocked four companies and a manufacturing facility located in China’s Xinjiang region Monday from shipping any of their products to the U.S. because of their suspected use of forced labor.

U.S. Customs and Border Protection (CBP) issued five “Withhold Release Orders” (WRO) on imports from companies that produce cotton, clothing and computer parts in the Xinjiang region of China, according to the Associated Press (AP). CBP said the Chinese government engages in “systemic human rights abuses against the Uyghur people and other ethnic and religious minorities,” according to an official statement.

“By taking this action, DHS is combating illegal and inhumane forced labor, a type of modern slavery, used to make goods that the Chinese government then tries to import into the United States,” acting Department of Homeland Security (DHS) Deputy Secretary Ken Cuccinelli said, per the CBP statement. 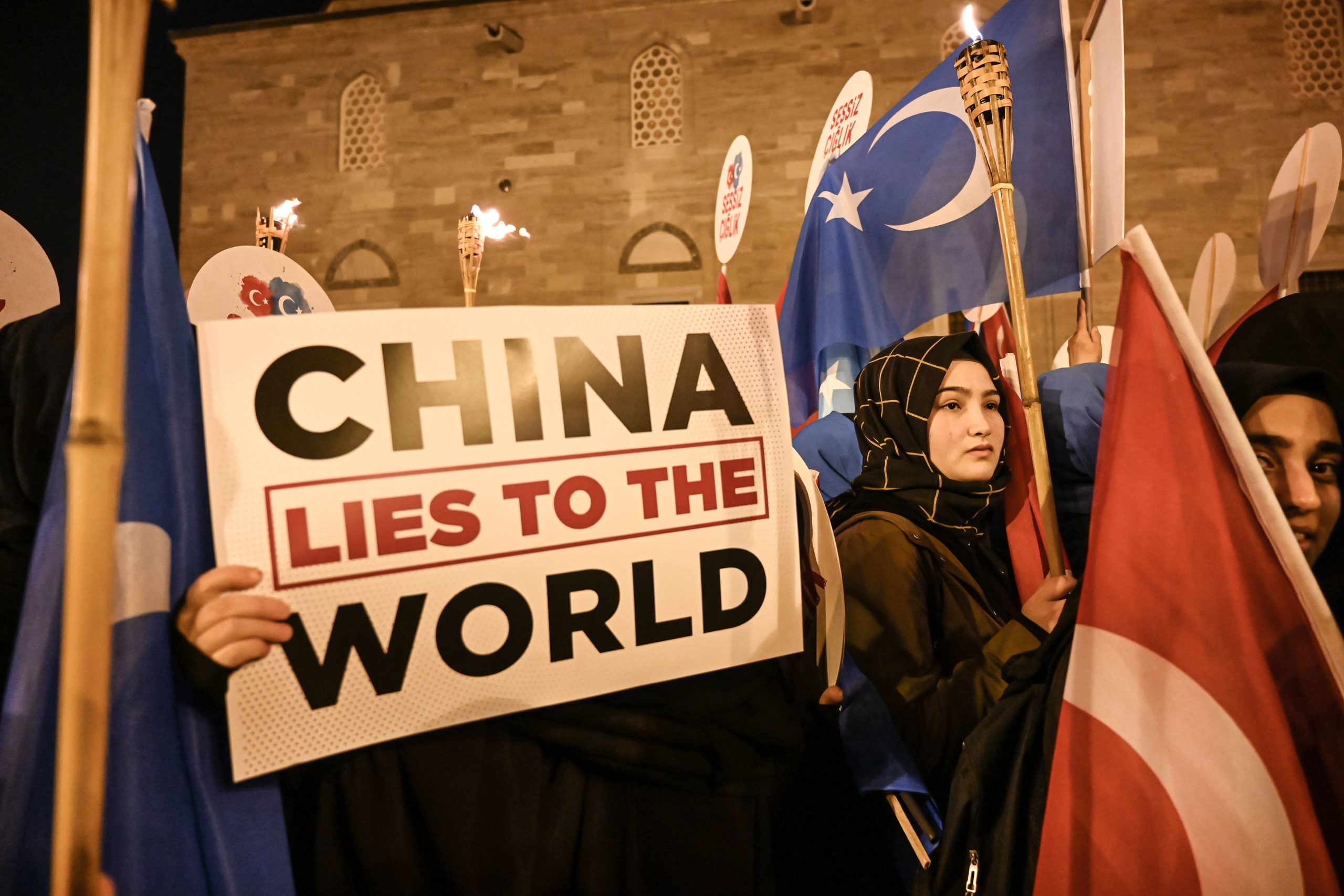 Supporters of China’s Muslim Uighur minority wave flag of East Turkestan and hold placards on December 20, 2019 during a demostration at Fatih in Istanbul. – More than 1,000 protesters marched on December 20, 2019, in Istanbul to protest against China over its treatment of mainly Muslim Uighurs in Xinjiang, an AFP correspondent said. (Photo by Ozan KOSE / AFP) (Photo by OZAN KOSE/AFP via Getty Images)

“It is a concentration camp, a place where religious and ethnic minorities are subject to abuse and forced to work in heinous conditions with no recourse and no freedom,” Cuccinelli said, according to the AP. “This is modern day slavery.”

Since 2016 the CBP has issued more than a dozen WROs to Chinese companies.

The United States bans imports of goods that are produced wholly or in part by any foreign country that uses forced labor, convict labor and child labor as part of the Tariff Act of 1930.

China’s “re-education” camps have been revealed to be camps where Uighur Muslims are forced to work in factories while being indoctrinated with ideological and behavioral reeducation. (RELATED: Here’s How China Is Treating People In Its Concentration Camps)

An investigation found that China has been forcing Uighur Muslims in China to undergo forced abortions, birth control, mass detentions and imprisonment.

China blames Uighur Muslims for terrorist attacks and links them to religious extremist groups, causing a huge divide between Uighurs and the atheist Communist Party, according to The Wall Street Journal.