Gary Cohn, President Donald Trump’s former National Economic Council Director, stated Monday that he is unsure of who he will vote for in the 2020 general election.

“I honestly haven’t made up my mind,” Cohn, who was replaced by NEC Director Larry Kudlow in 2018 after resigning from the administration, said during the tail end of an interview on CNBC. “I’m eager to see an economic debate between the two of them. I actually vote on issues.” (RELATED: Here’s Where The 2020 Presidential Race Stands In The 6 Most Competitive States) 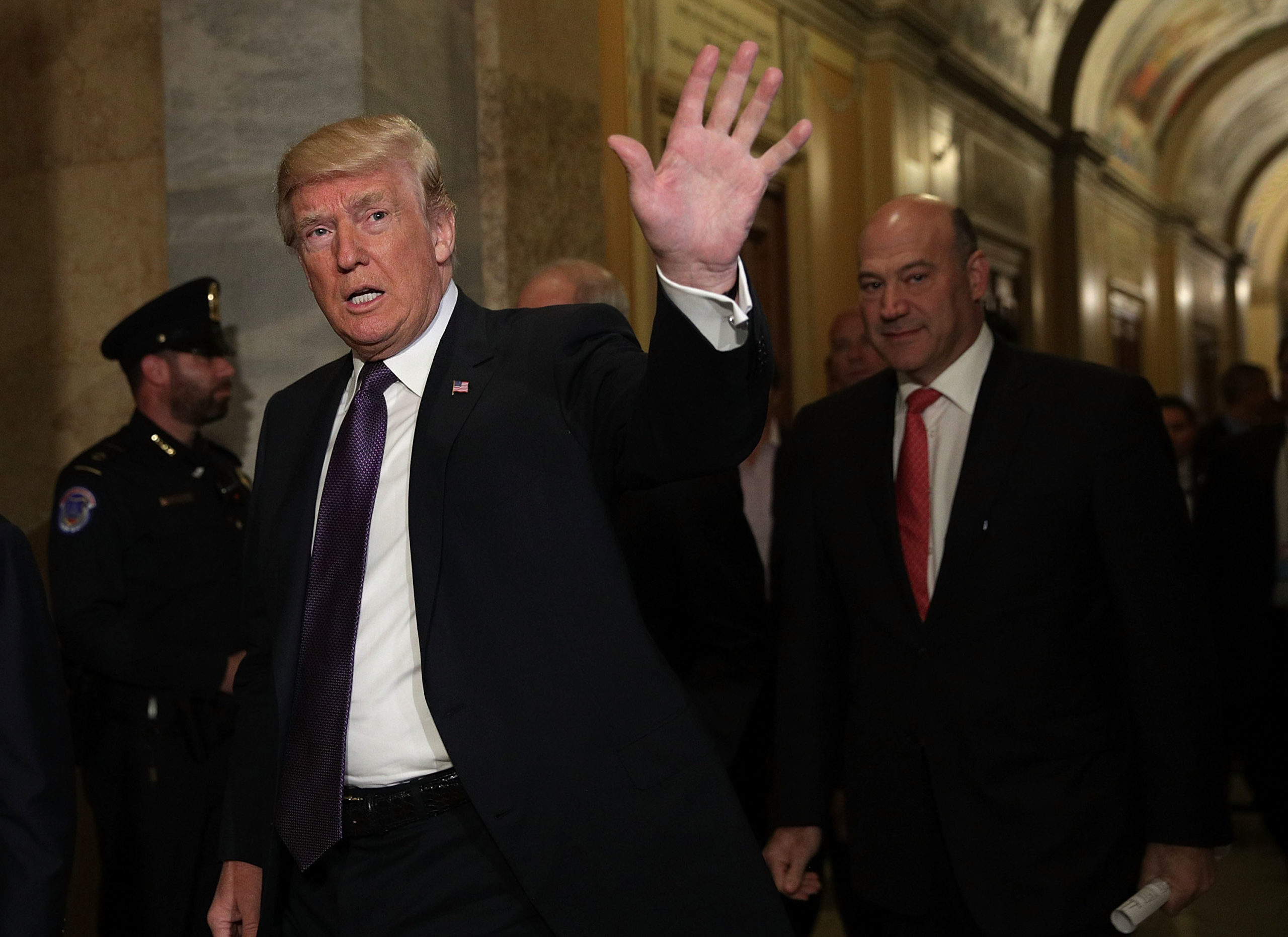 WASHINGTON, DC – NOVEMBER 16: U.S. President Donald Trump (L) waves as he arrives at the Capitol with Director of the National Economic Council Gary Cohn (R) for a House Republican Conference meeting November 16, 2017 in Washington, DC. President Trump travels to Capitol Hill to discuss the tax reform bill as the House prepare to vote on the bill today. (Photo by Alex Wong/Getty Images)

Cohn claimed to have possibly been the only Democrat “to work in the Trump administration.”

“I care a lot about the economic issues. I care about the deficit,” he continued. “I agree that this was, this corona situation was a time to allow the deficit to expand, but our current $3 trillion annual deficit that we’re having this year cannot become the new steady state.” (RELATED: How Do We Stop Political Elites From Selling Out Workers? Rep. Ro Khanna Explains | WALL STREET MEETS WASHINGTON EP. 23)

“I really do want to hear where the two candidates are,” Cohn added of the upcoming three presidential debates. “Just taxing to spend doesn’t make sense to me. We have to have a plan to get our fiscal house back in order.”