The House Committee on Oversight and Reform will send a letter Monday to Disney slamming them for filming its new film Mulan in parts of China where the government is accused of serious human rights abuses, the Daily Caller has learned.

In the letter to Disney CEO Bob Iger, a number of Republicans on the committee asked for specific information about why the company chose to thank a government security agency in Xinjiang province during the final credits of the movie Mulan, where there are nearly 1 million Muslim Uighurs reportedly detained.

“Disney pays lip service to providing opportunities to children and families around the world but in reality it’s hurting children and families by its business practices. Disney threatened to boycott Georgia for its pro-life law that protects innocent babies but then gives a public ‘thank you’ to the Chinese Communist Party for allowing it to film parts of Mulan where the CCP is actively detaining over a million people and carrying out a genocide of the Uyghur people,” Comer told the Daily Caller before the letter was sent.

“Disney must explain its decision to film Mulan in Xinjiang and its relationship with the CCP, as well as explain the disparity between threatening a boycott of Georgia over pro-life laws while continuing to film in China where Uyghur women are being sterilized,” Comer continued. 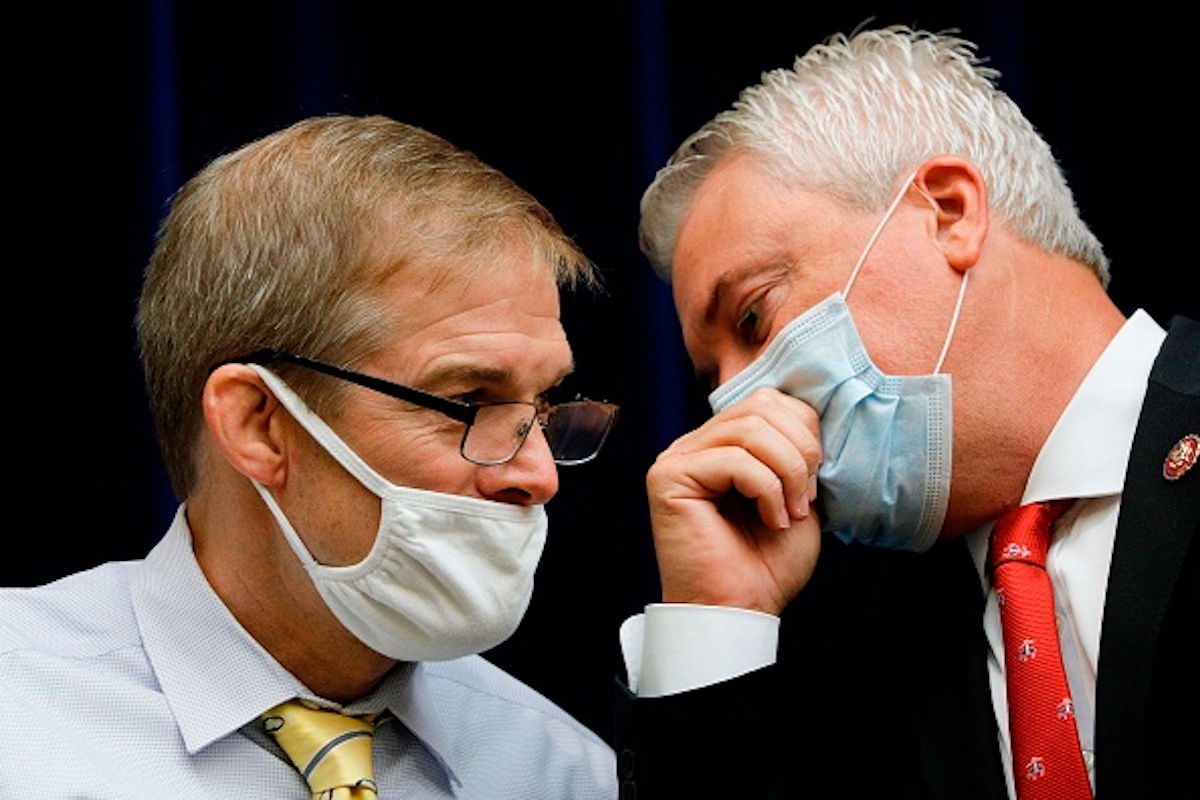 Rep. Jim Jordan (R-OH) speaks to Ranking Committee Member James Comer (R-KY) during a House Oversight and Reform Committee hearing on slowdowns at the Postal Service ahead of the November elections on Capitol Hill in Washington,DC on August 24, 2020. (Photo by TOM BRENNER/POOL/AFP via Getty Images)

Disney thanked the Turpan Municipal Bureau of Public Safety in the credits of the movie, which is reportedly responsible for running concentration camps housing Muslim minority groups, according to the BBC. (RELATED: Disney Threatened To Pull Out Of Georgia Over Abortion Law, But Filmed ‘Mulan’ In Region Where Chinese Uighurs Are Imprisoned)

The letter states that Iger should be prepared to discuss why the company previously threatened to boycott filming in Georgia over pro-life laws while continuing to film in China, which was a decision Georgia lawmakers slammed Disney for, in statements given exclusively to the Daily Caller. (RELATED: EXCLUSIVE: Incensed Over Abortion Law Snub, Georgia Lawmakers Scorch Disney For Thanking Chinese Unit Responsible For Concentration Camps)

Iger suggested in 2019 that the company might be forced to cut ties with Georgia after the state passed an anti-abortion law. Iger told Reuters in May 2019 that it would be “very difficult” to do business in the state of Georgia after Kemp signed a law banning abortion after a doctor can detect a fetal heartbeat.

Disney has yet to comment on its decision to thank a government security agency in Xinjiang province.