More than 50 people were shot and a dozen died during another bloody Chicago weekend.

A total of 54 people were hit with gunfire and 12 succumbed to their injuries, according to the Chicago Sun-Times. An 86-year-old was among the dead and a 17-year-old was shot during the violent 3-day period, the local outlet reported.

Seven people were killed on Saturday alone and three of the deceased victims were women, according to the Sun-Times. A 27-year-old male was shot in the chest, a man and woman were riddled with bullets and killed while sitting in a car and an 86-year-old man was shot dead during a domestic dispute, the local outlet reported.

The 17-year-old male was shot in the hip and another elderly man, 60, had a bullet graze his back in two separate incidents, according to the Sun-Times. A 47-year-old woman was shot in the head and died, the Chicago-based outlet reported. 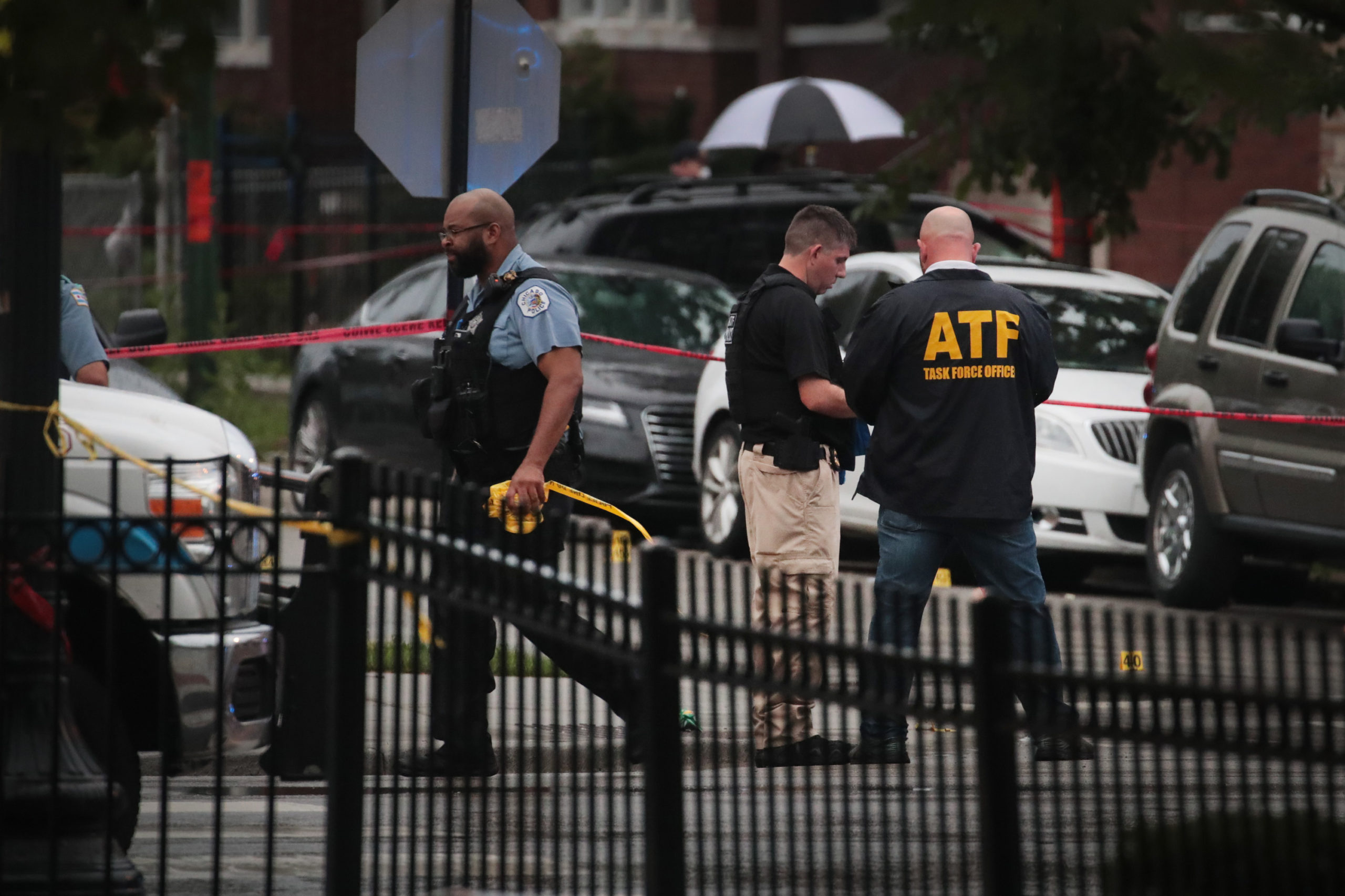 An ATF agent and Police investigate the scene of a shooting in the Auburn Gresham neighborhood on July 21, 2020 in Chicago, Illinois (Scott Olson/Getty Images).

The most recent shooting totals were higher than those of Labor Day weekend where 51 were shot and 10 were pronounced dead in the city.

Since July 22, Chicago has been one of the destinations of Operation Legend, a federal initiative to curb and investigate violent crime in major cities, according to a Department of Justice press release.

Baltimore, another city plagued with high levels of violence, saw 47 shot and 12 dead from Sep. 6 to Sep. 13, according to CBS Baltimore.