Hurricane Sally’s outer bands hit the Gulf Coast Tuesday, bringing intense winds and heavy rain as the storm has continued to strengthen over the Gulf of Mexico.

Officials in Mississippi and Alabama warned that the Category II storm could bring a catastrophic storm surge and nonstop rain, made worse by its slowing speed, a local NBC outlet reported.

Statewide officials encouraged people living close to the coast to evacuate as soon as possible, urging them to take advantage of the storm’s slow speed to avoid the expected floods. Sally is expected to make landfall near southeastern Louisiana Tuesday afternoon before turning northward towards Biloxi, Mississippi and Mobile, Alabama, The New York Times reported.

“I’m well aware that those on the Gulf Coast are all too familiar with Mother Nature’s wrath,” Alabama Gov. Kay Ivey said during a news conference Tuesday. “We still hope and pray Sally will not bring that type of pain and heartache, but my fellow Alabamians, Hurricane Sally is not to be taken for granted.” (RELATED: Hurricane Laura Makes Landfall As A Category 4 Storm) 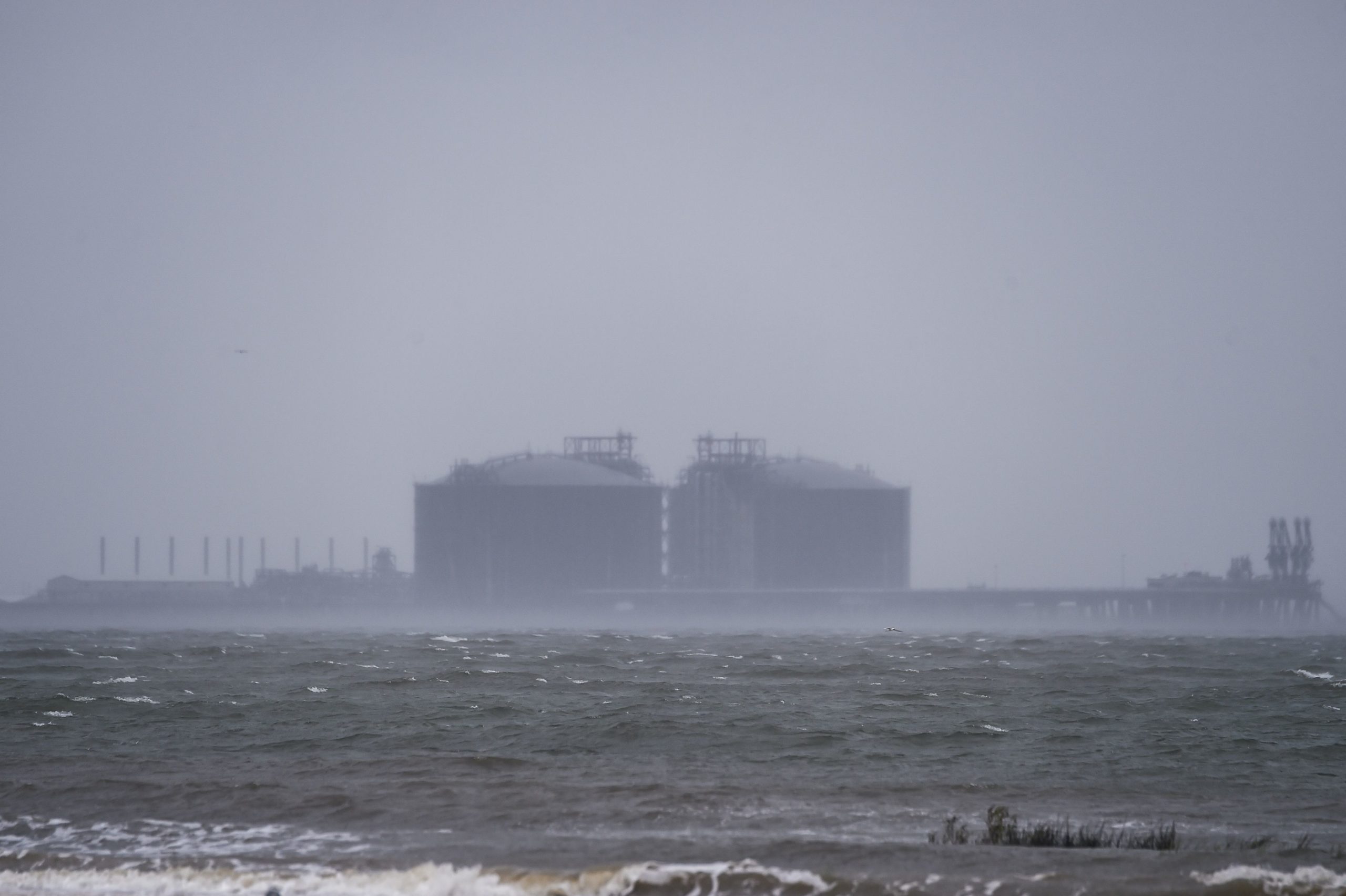 A construction site is seen on the coast hours before Hurricane Sally makes landfall on the US Gulf Coast in Pascagoula, Mississippi on September 15, 2020. (Photo by CHANDAN KHANNA/AFP via Getty Images)

The hurricane’s winds reached over 80 m.p.h. early Tuesday afternoon, according to NYT, risking a storm surge in some areas exceeding nine feet and rainfall up to 30 inches high.

Rain is already falling from the outer bands of Hurricane Sally from Naples, Florida, to Biloxi, Mississippi. The storm is moving at 2 mph — slower than most humans walk — and that is not necessarily a good thing. https://t.co/i2vayrh7lb pic.twitter.com/mebYFkyDho

Officials are warning that Hurricane Sally is expected to bring “a history-making amount of rain,” drenching communities with 10-20 inches — and some areas possibly seeing up to 30 inches of rain.https://t.co/A6fclTcDhl

Forecasters from the National Hurricane Center also warned of “extreme life-threatening” flash floods beginning Tuesday night and continuing into Wednesday and urged residents to evacuate. A hurricane warning remains active, extending from Louisiana’s eastern coast to the Florida panhandle, according to NYT. (RELATED: Mosquitoes Are Killing Livestock In The Aftermath Of Hurricane Laura)

“This is the real deal, and it deserves your attention,” Mississippi Gov. Tate Reeves tweeted Monday, urging residents to evacuate as well.