Senior adviser to the president Jared Kushner suggested Tuesday that Congress could continue blocking coronavirus stimulus packages until after the election over “politics” reasons.

President Donald Trump’s son-in-law said during an interview on CNBC’s Squawk Box that the White House believes Americans need another “intervention” — like the CARES Act — to help ease the economic pain caused by coronavirus and that the administration is actively seeking to negotiate with Congressional leadership. (RELATED: How Do We Stop Political Elites From Selling Out Workers? Rep. Ro Khanna Explains | WALL STREET MEETS WASHINGTON EP. 23) 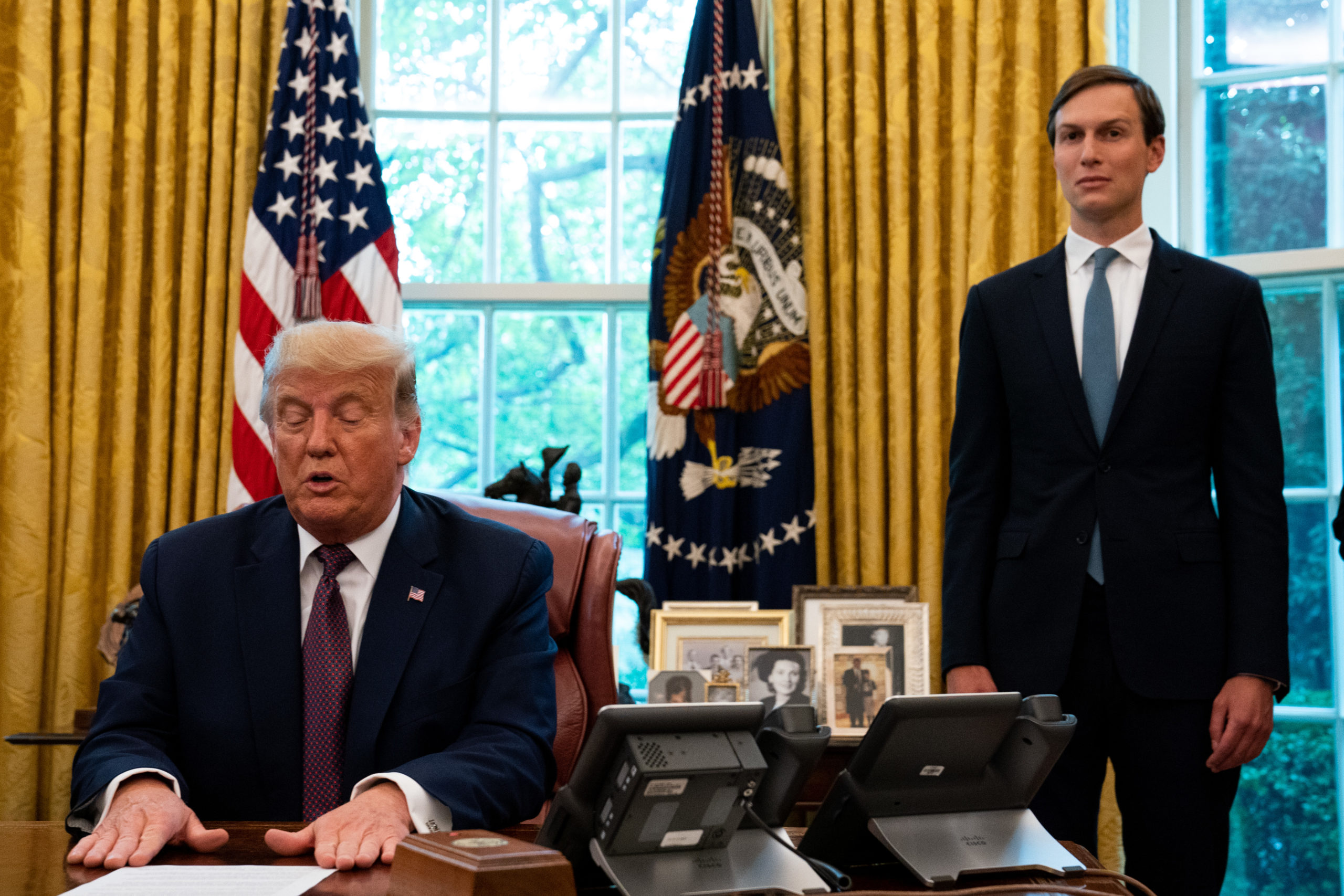 WASHINGTON, DC – SEPTEMBER 11: Advisor Jared Kushner (R) looks on as U.S. President Donald Trump speaks in the Oval Office to announce that Bahrain will establish diplomatic relations with Israel, at the White House in Washington, DC on September 11, 2020. The announcement follows one last month by Israel and the United Arab Emirates that they would seek to normalize relations with each other. (Photo by Anna Moneymaker-Pool/Getty Images)

“We do think there’s a need for another intervention. We’ve reached out to Congress, we’ve been negotiating,” he stated. “As you know, in all negotiations everyone’s at ‘no’ before they get to ‘yes.'”

“There’s a lot of posturing, some differences of opinion,” Kushner added. “But the hope is that we’ll still get to a deal. It may have to happen after the election because there are politics involved. This is Washington.”

Meanwhile, a bi-partisan group of House lawmakers plans to introduce a stimulus bill of their own on Tuesday worth an estimated $1.5 trillion. The package would restart the Payment Protection Program, issue a second round of direct payments to taxpayers, and refill expanded unemployment insurance.

House Speaker Nancy Pelosi and the Democratic caucus, are expected to vote against the legislation.