Protests remained peaceful Monday night into early Tuesday morning in Lancaster, Pennsylvania, following a night of unrest after a man was fatally shot by a police officer.

Protests started after a police officer on Sunday shot and killed Ricardo Muñoz, 27, who chased the officer with a knife, body camera footage shows. The officer was responding to a 911 call where a woman said that her brother was acting aggressively towards her mother and attempting to break into her home, according to the Lancaster Bureau of Police.

Lancaster erupted into Monday morning after the shooting, and eight were arrested as rioters set fires and vandalized businesses, according to a police statement.

A woman at the Monday night protest outside the Lancaster Bureau of Police said Muñoz’s family was accepting donations to cover his funeral costs and that they supported the protests, but did not want them to be destructive. 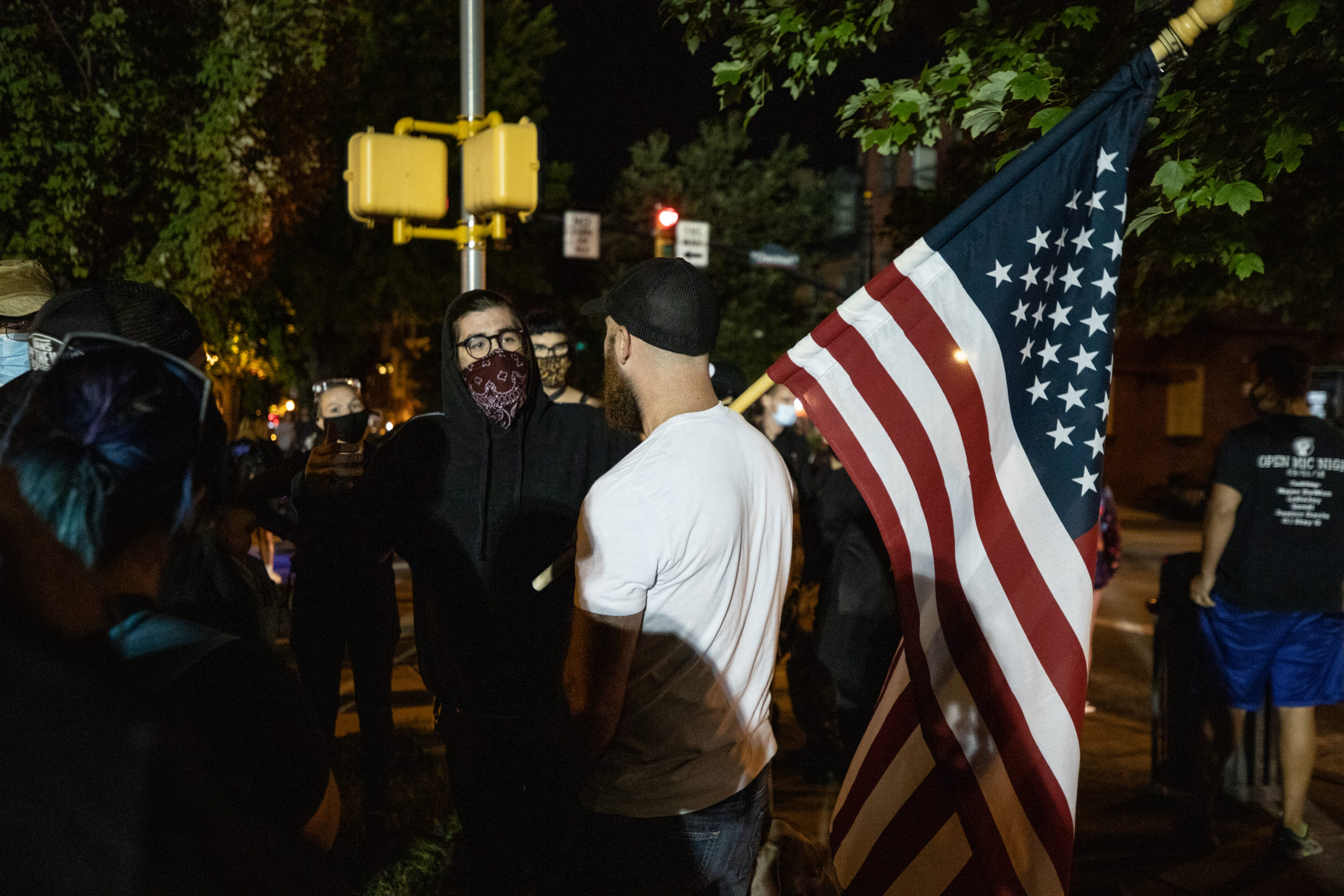 A man with an American flag talked with protesters throughout the night in Lancaster, Pennsylvania, on Sept. 14, 2020. (Kaylee Greenlee / Daily Caller News Foundation)

A self-identified pastor asked the protesters what changes they wanted to see happen within the police department. The group most widely agreed that they would like for officers to not carry firearms or to use teargas, among other requests such as general economic reform.

Protesters said they wanted to have a productive and open conversation with the officers and added that they weren’t there to be aggressive towards police. 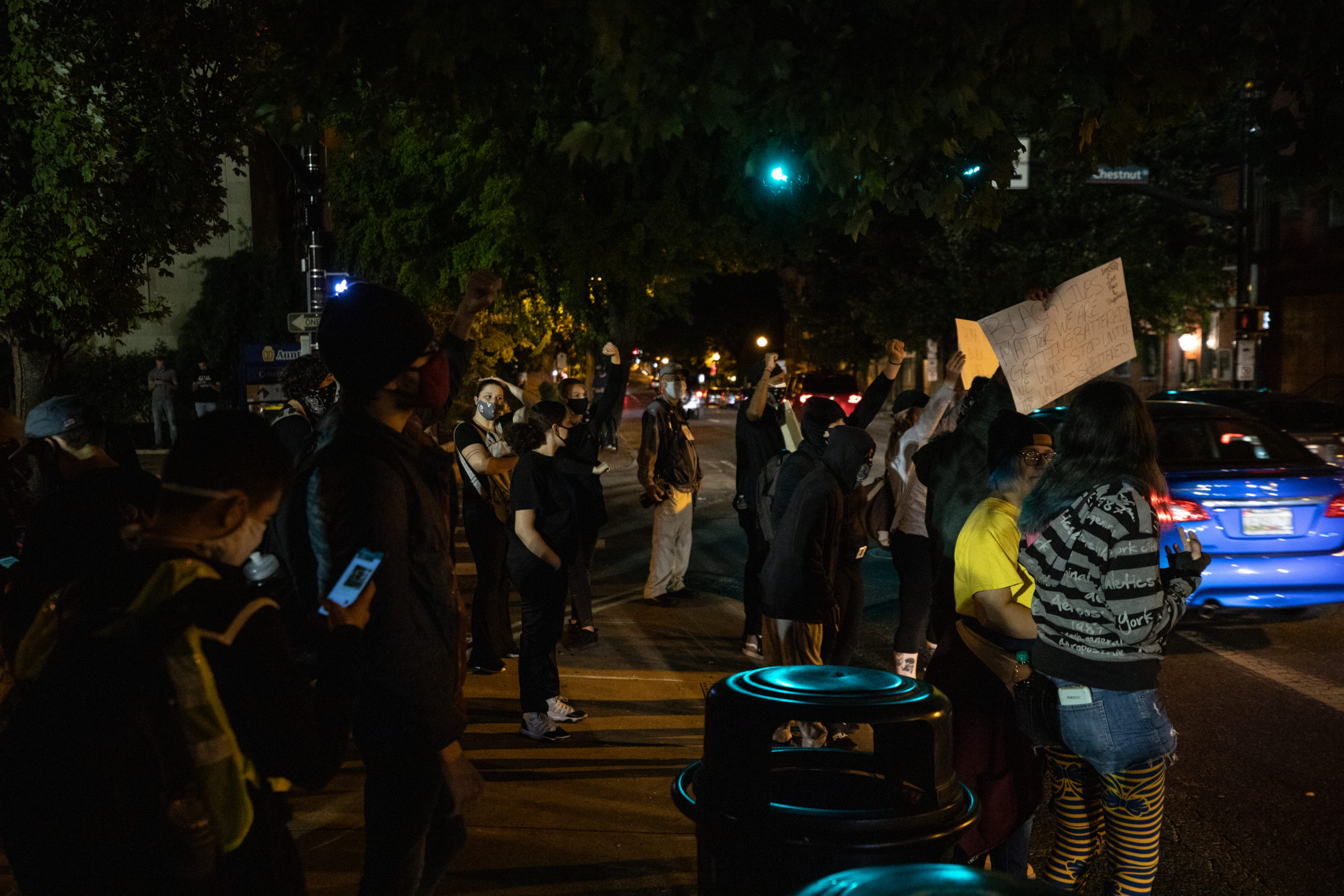 Lancaster protesters raise their fists to people driving by the park who honked and raised their fists. (Kaylee Greenlee / Daily Caller News Foundation) 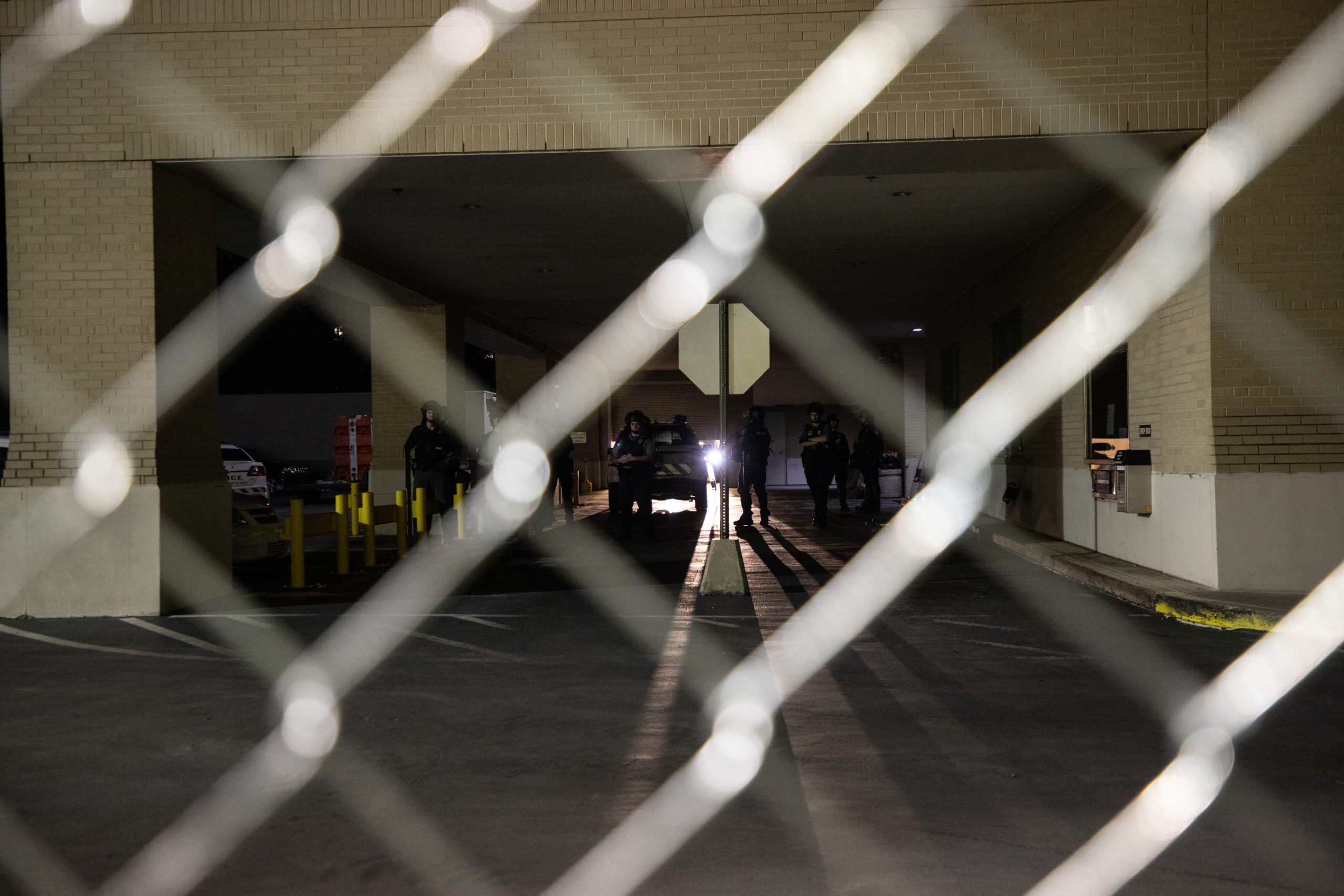 Police officers monitor the protesters from behind a makeshift fence at the Lancaster Bureau of Police building on Sept. 14, 2020. (Photo: Kaylee Greenlee / Daily Caller News Foundation) 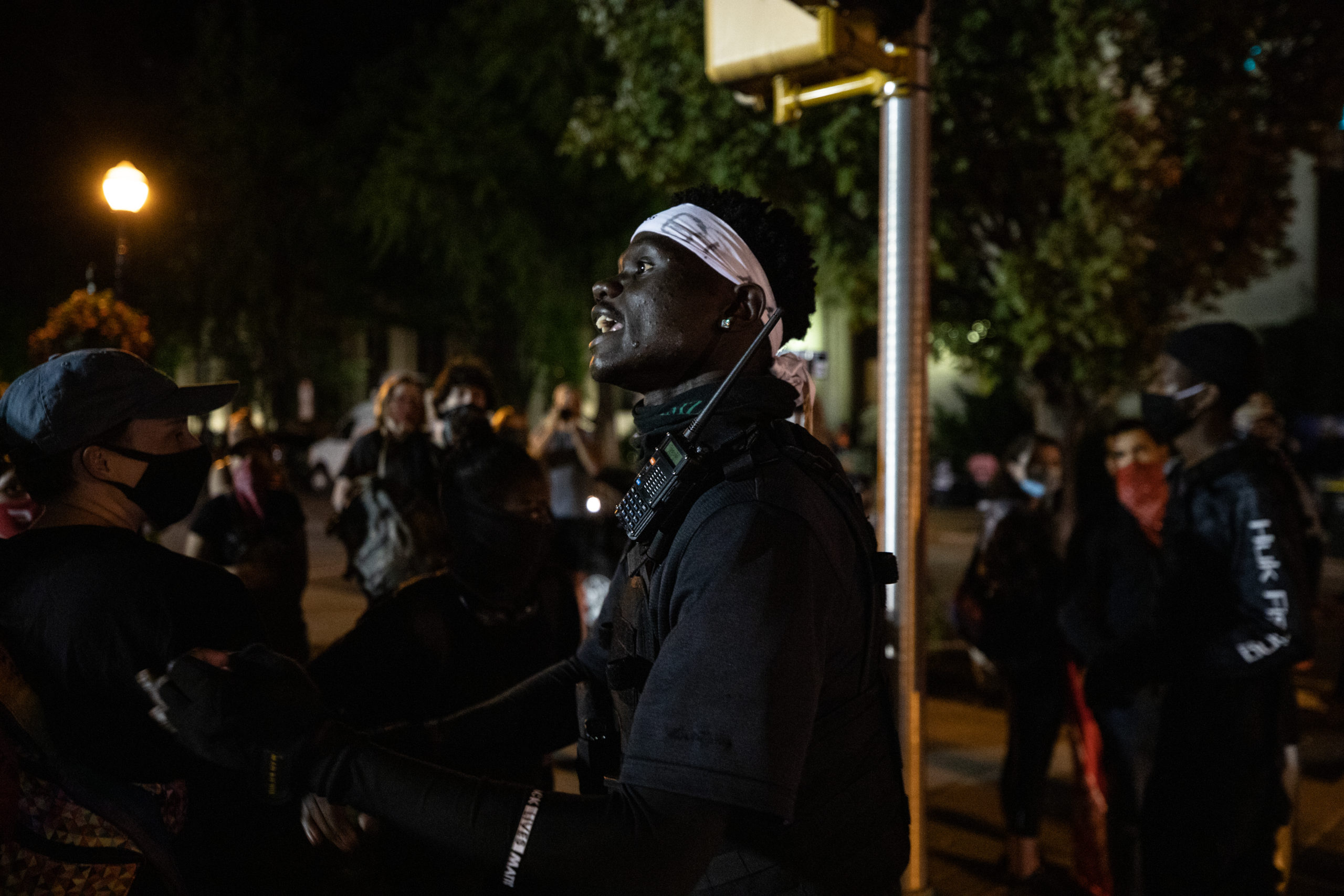 “I will die for anybody that’s out here, just know that,” he told the group. The man encouraged people to stay together and to walk around in groups, and told everyone that he was watching out for them.

He said the bail for those arrested was set at $1 million, which the police statement also reflects.

The Lancaster Police Department did not respond to the DCNF’s request for comment. 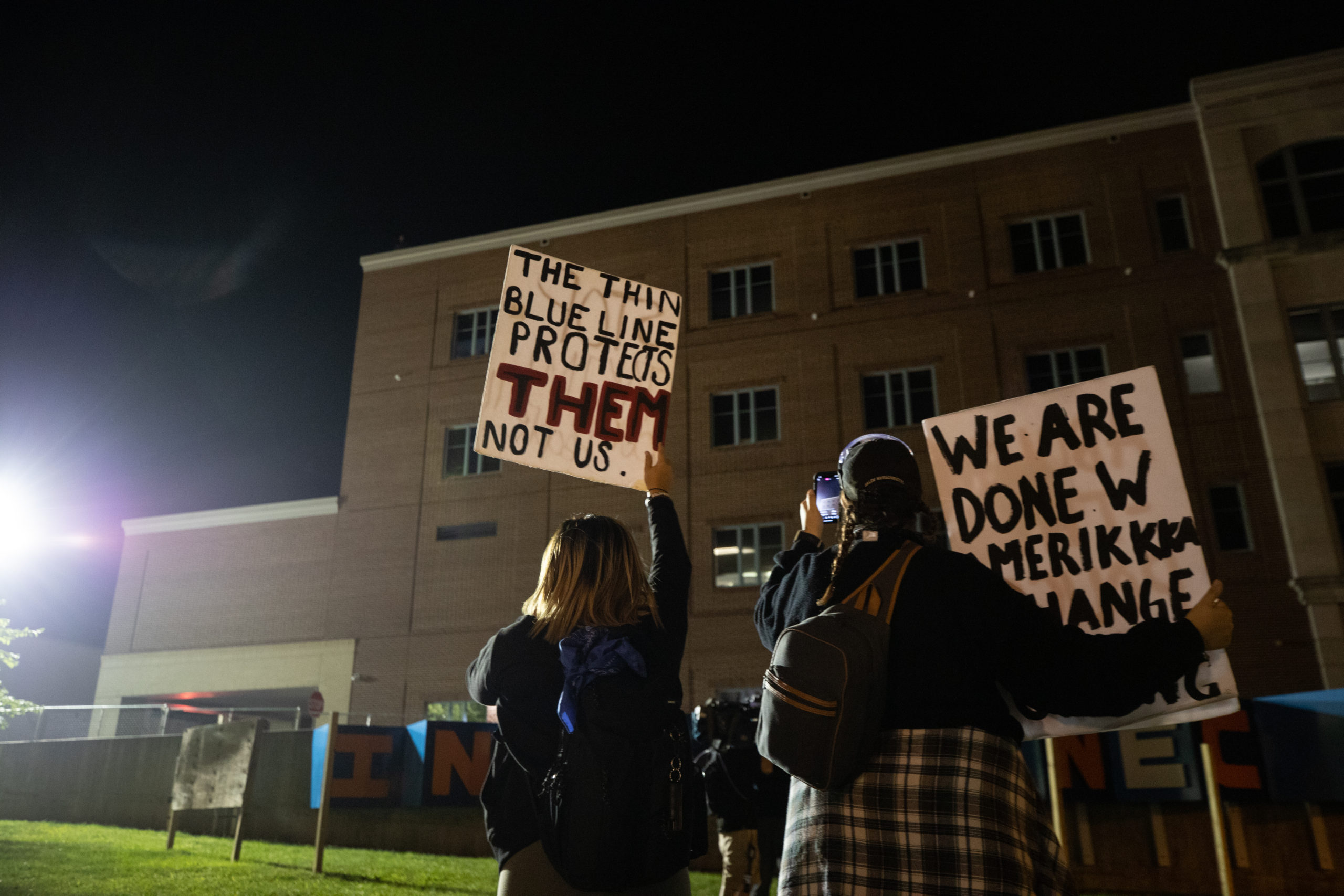 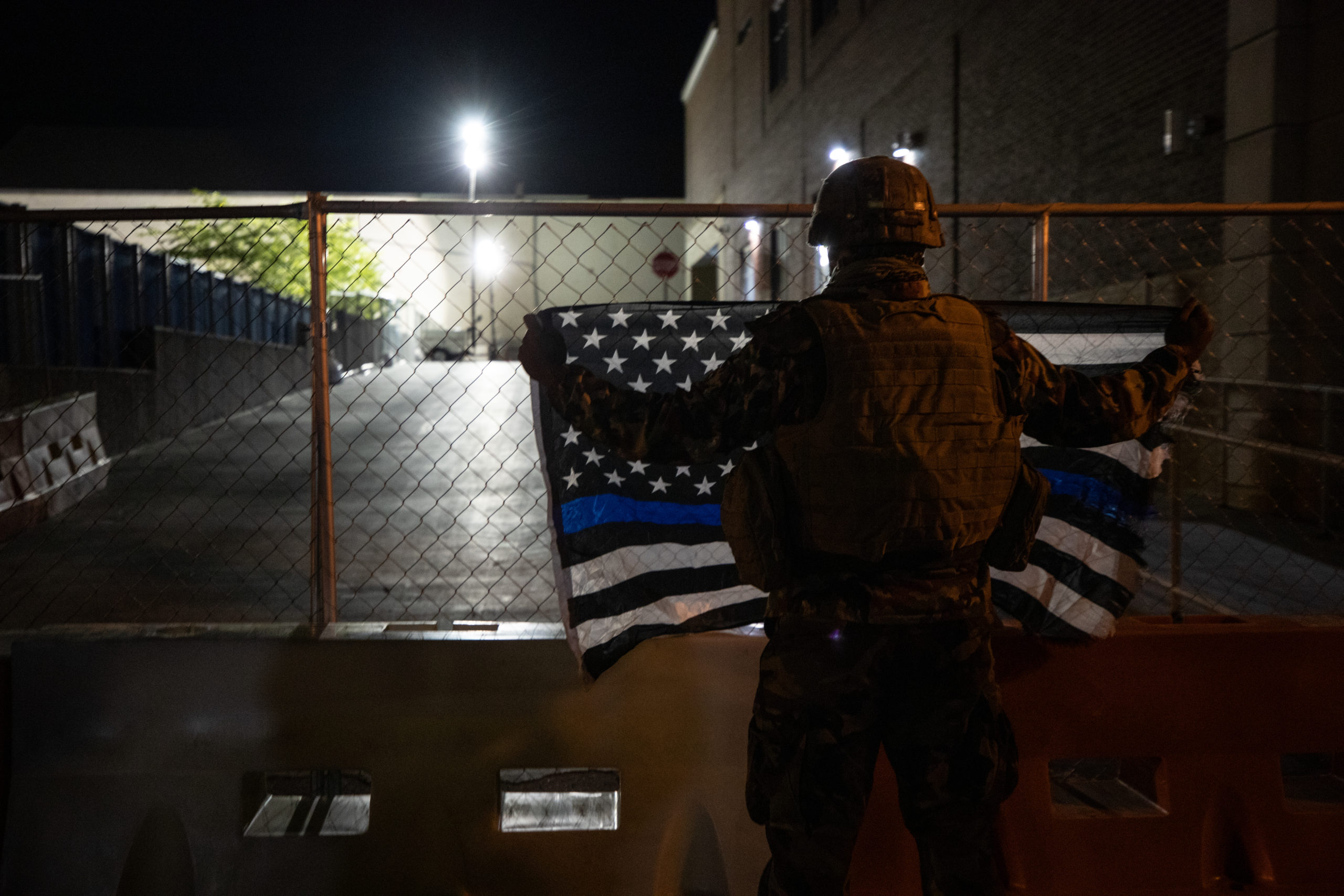 One protester said that a family member was taken off the street by police in an unmarked car when he was walking home. Multiple other protesters say they saw the incident. 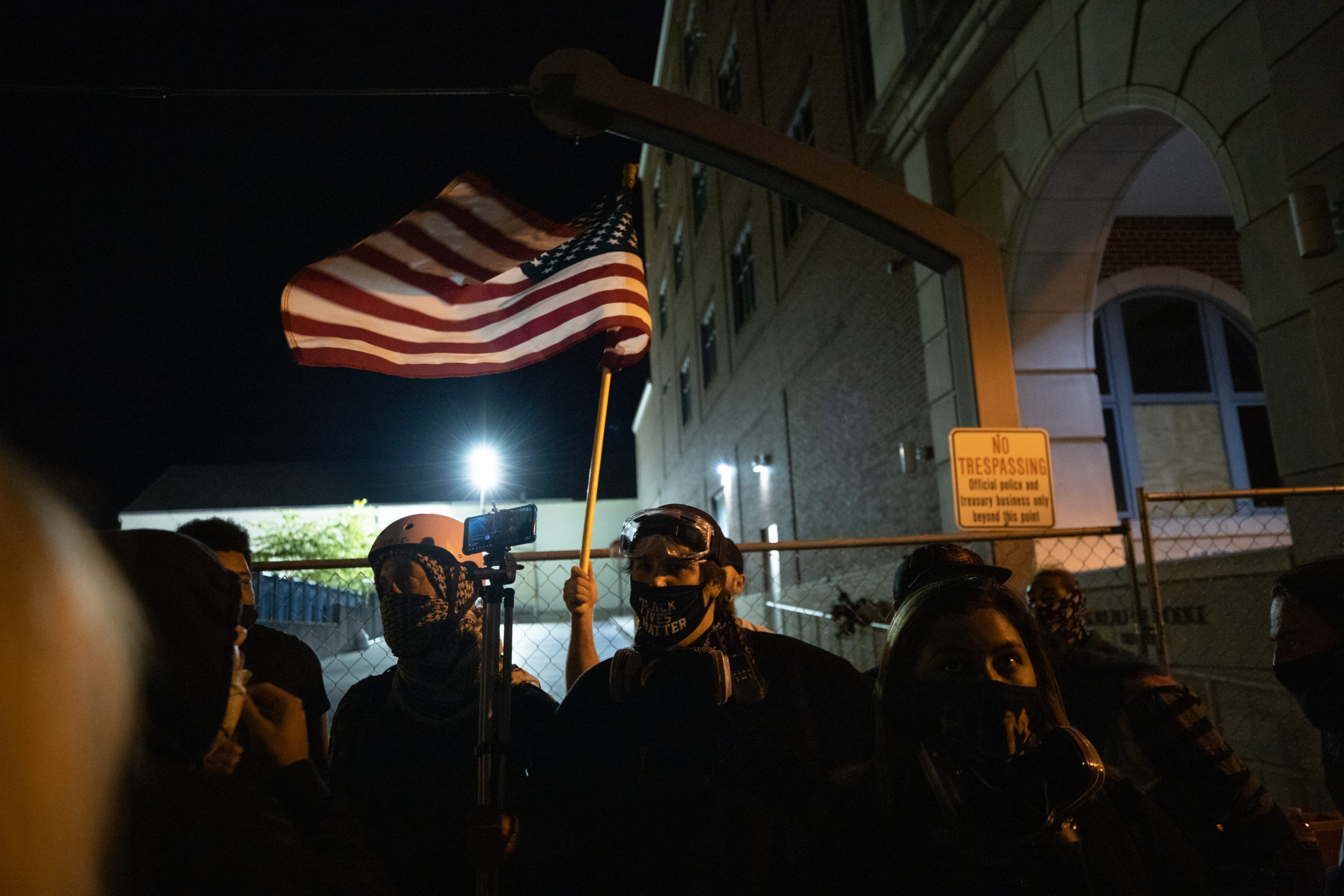 Protesters argued with a man carrying an American flag and surrounded him to block him out while arguing among themselves about their feelings towards the flag. One protester equated the American flag with the Confederate flag.