Four Afghan migrants were charged with arson after they allegedly helped cause the fires that destroyed a large refugee camp on the Greek island of Lesbos, leaving thousands in need of emergency shelter, the Associated Press reported.

The fires broke out Sept. 8 and 9, destroying a notoriously overcrowded migrant and refugee camp and forcing men, women, and children to sleep under improvised shelters made of reed stalks and salvaged tents, according to Time. The Associated Press reported that the men have not been named,and were returned to police detention after being given three days to prepare testimony.

More than 12,000 migrants and refugees fled the Moria camp due to the blaze and no one was hurt. The camp holds more than six times its capacity.

Two other migrants who are minors are alleged to have been involved in setting the fires and are being held by police but have not been formally charged. 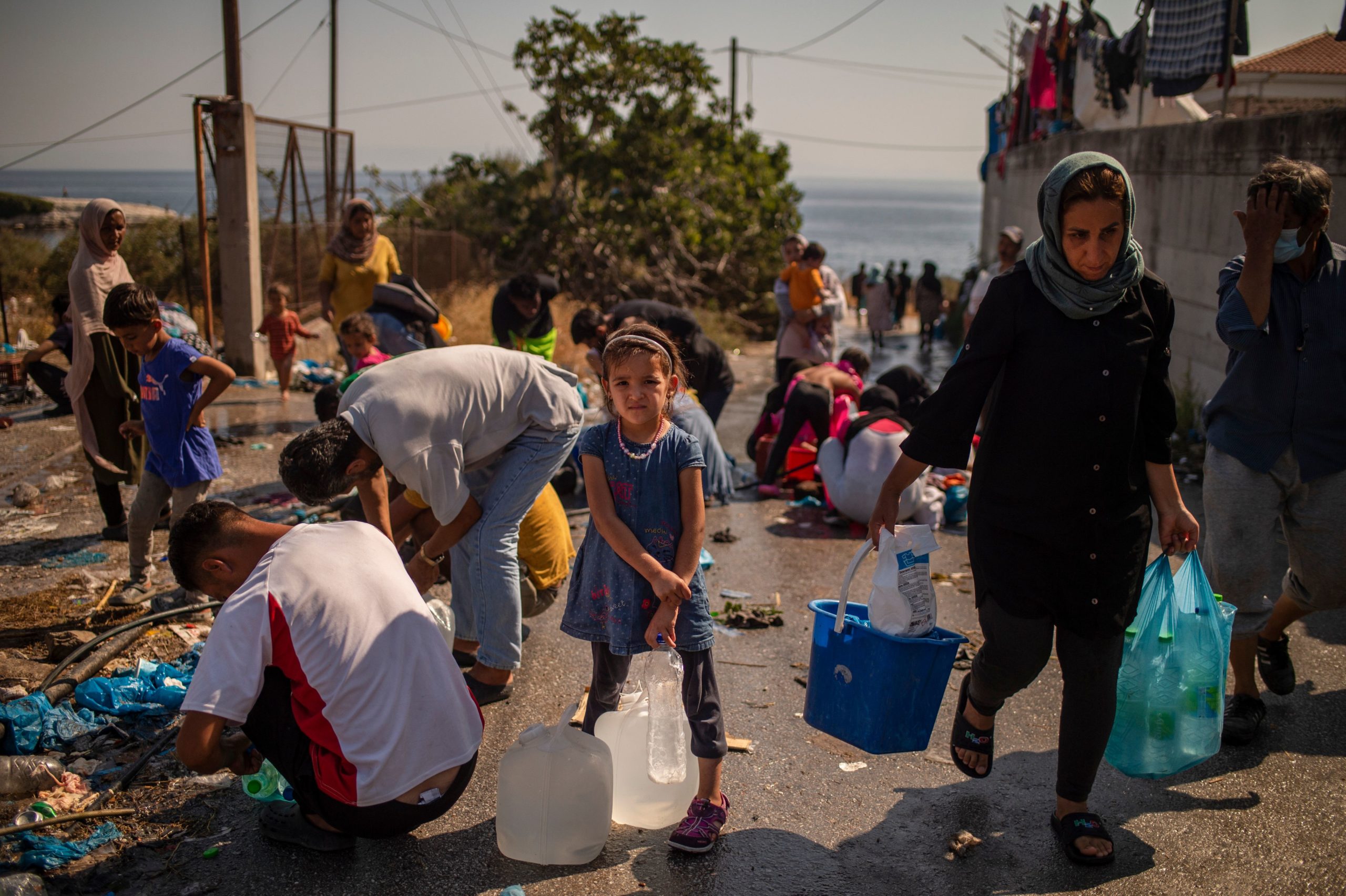 TOPSHOT – A girl waits to fill bottles with water near a temporary migrant camp on the Greek Aegean island of Lesbos on September 16, 2020, after the Moria camp was destroyed by a fire on the night of September 8. – (Photo by ANGELOS TZORTZINIS/AFP via Getty Images)

The Greek government said the fires appeared to have been deliberately set after coronavirus quarantine rules were imposed on residents who had tested positive for the virus. Many migrants did not want to go back to the camp and wanted to leave the island, but the Greek government said it would “not be blackmailed,” and believed the alleged arsonists believed they would be able to leave the island undetected. (RELATED: EU Backs Greece As Migrant Crisis Intensifies)

“The Greek government will not be blackmailed. What happened — this ‘burn and go’ tactic — will not be tolerated,” Director of the Greek Migration Minister’s office, Konstantinos Kostakos, said according to CNN.

Kostakos said authorities would relocate roughly 1,000 migrants, mostly those who are in vulnerable groups, onto a ship that has docked on the western side of the island.

Austrian Chancellor Sebastian Kurtz said that fires were set in order for migrants to arrive at the European mainland.

“Now, some migrants have set alight and destroyed the Moria refugee camp on Lesbos to create pressure so that they can get from Lesbos to the European mainland,” Kurz said according to Time. “And if we give way to this pressure, we risk making the same mistake as in 2015. We risk people getting up false hopes and setting off for Greece, the smuggling business flourishing and once again countless people drowning in the Mediterranean.”

Moria housed a large proportion of the 850,000 Syrian and Afghan refugees who sailed to the Greek island from Turkey, and swiftly moved through the islands to the Greek mainland, and then onward to Northern Europe, according to the New York Times.

This approach was reversed in 2016 when the rest of Europe closed its borders to refugees. Greece then stopped most new arrivals from leaving the islands. 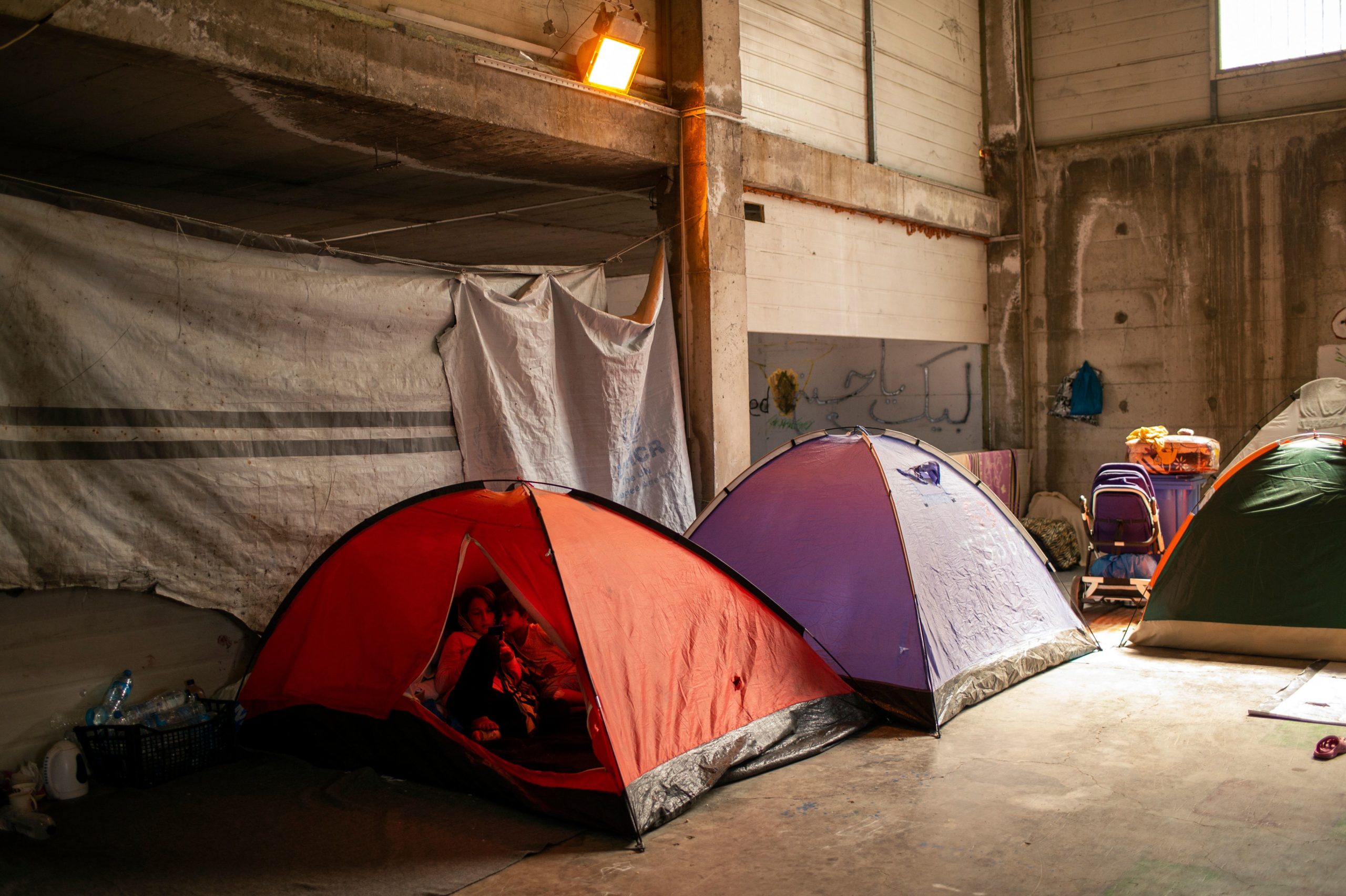 Two girls sit in their tent in an abandoned building near the Kara Tepe camp, on the Greek Aegean island of Lesbos on September 16, 2020, after the Moria migrant camp was destroyed by a fire on the night of September 8. (Photo by ANGELOS TZORTZINIS/AFP via Getty Images)

Refugees live in squalid conditions with limited access to health care and sanitation, and mental health on the island has reportedly declined into crisis levels. Camp residents began protesting after authorities placed the camp on lockdown after more than 35 residents tested positive for coronavirus, according to the Times.

“Everybody has to step up here and take responsibility – and the commission will do just that,” von der Leyen told lawmakers at the European Parliament, adding that the commission was working on a plan for a new camp on the island, according to the AP.

“But I want to be clear: if we step up, then I expect all (EU) member states to step up, too. Migration is a European challenge, and all of Europe must do its part.”