Both President Donald Trump and White House Chief of Staff Mark Meadows signaled their potential support Wednesday for a coronavirus stimulus package that exceeds $1.3 trillion, the total cost of the recently-blocked bill put forth by Senate Majority Leader Mitch McConnell. 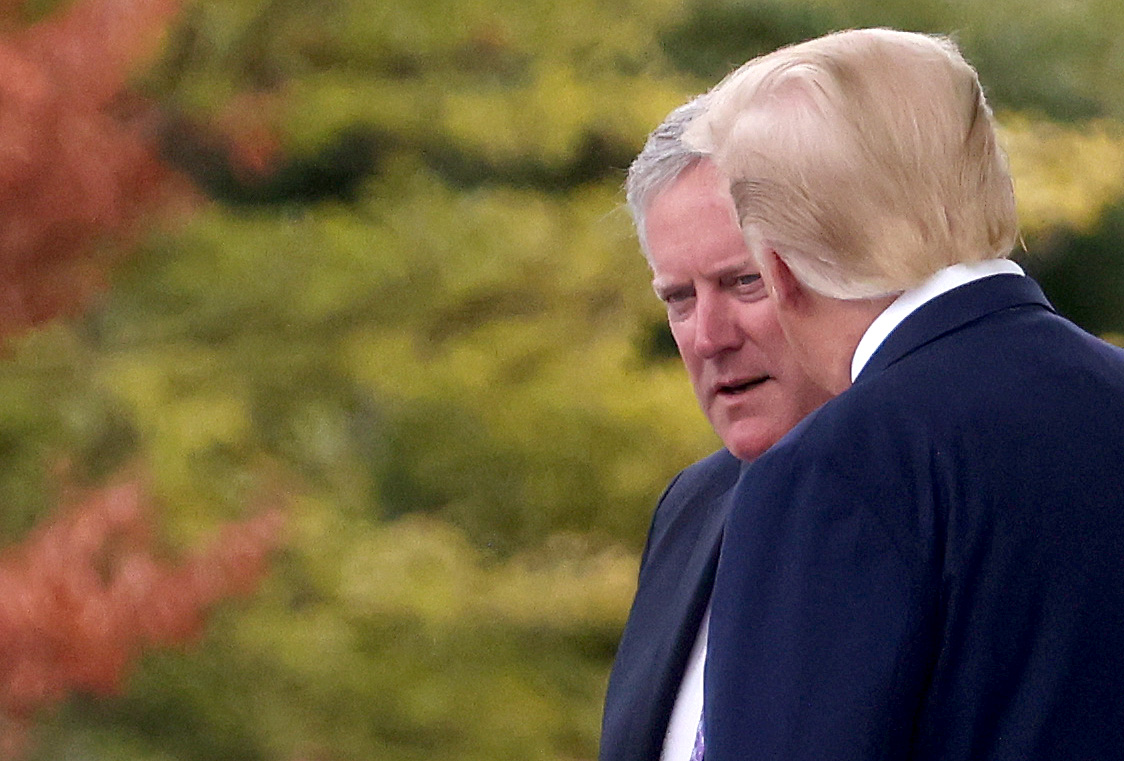 Trump called Democrats “heartless” Wednesday morning on Twitter for voting down McConnell’s bill and preventing Americans from receiving a second round of “stimulus payments,” but he also urged Republicans to “go for much higher numbers,” claiming that “it all comes back to the USA anyway.” (RELATED: Kushner Suggests Congress Will Hold Up Stimulus Until After Election For Political Purposes)

Democrats are “heartless”. They don’t want to give STIMULUS PAYMENTS to people who desperately need the money, and whose fault it was NOT that the plague came in from China. Go for the much higher numbers, Republicans, it all comes back to the USA anyway (one way or another!).

Meadows, during an interview on CNBC, reiterated that direct payments to Americans remained the administration’s number one priority for any package and conceded that enhanced state and local aid, as requested by Democratic Congressional leadership, remains a “major stumbling block.” He did add, however, that the $500 billion figure outlined by package introduced Tuesday by the bi-partisan Problem Solvers Caucus gives the White House negotiating “guard rails.”

“I’m going to leave it up to the Senators and the House members to find that sweet spot, but I can tell you the president has been very clear — if we’re looking at real needs and real lost revenue — he’s willing to consider it,” Meadows stated. “As long as it’s something that is real and that it is part of what this economy caused when it was shut down artificially, then we’re certainly willing to look at it.”

Trump and Meadows’ comments come one day after senior adviser to the president Jared Kushner said the next stimulus package might not be passed until after the election due to political complications.