Fairfax County, Virginia refused more than 900 requests from federal immigration authorities to detain criminal illegal aliens in the area over a two-year period, according to an investigation by a conservative immigration group.

The county sheriff’s office received a total of 929 detainer requests from Immigration and Customs Enforcement (ICE), but only 14 (2%) requests were fulfilled in the form of warrants, according to the Immigration Reform Law Institute. Ninety-eight percent of the detainer requests (915) were denied by Fairfax officials from May 2018 to May 2020, the advocacy group found.

“There is nothing unacceptable about any detainer that seeks to remove criminals from our neighborhoods,” senior fellow at Immigration Reform Law Institute and former acting director of ICE Tom Homan said in a statement. “There is nothing unacceptable about law enforcement working hand in hand with other law enforcement to protect our communities and keep our streets safer.

“What is unacceptable is when a law enforcement leader chooses politics over public safety and fails to protect the communities he is sworn to protect,” Homan said. 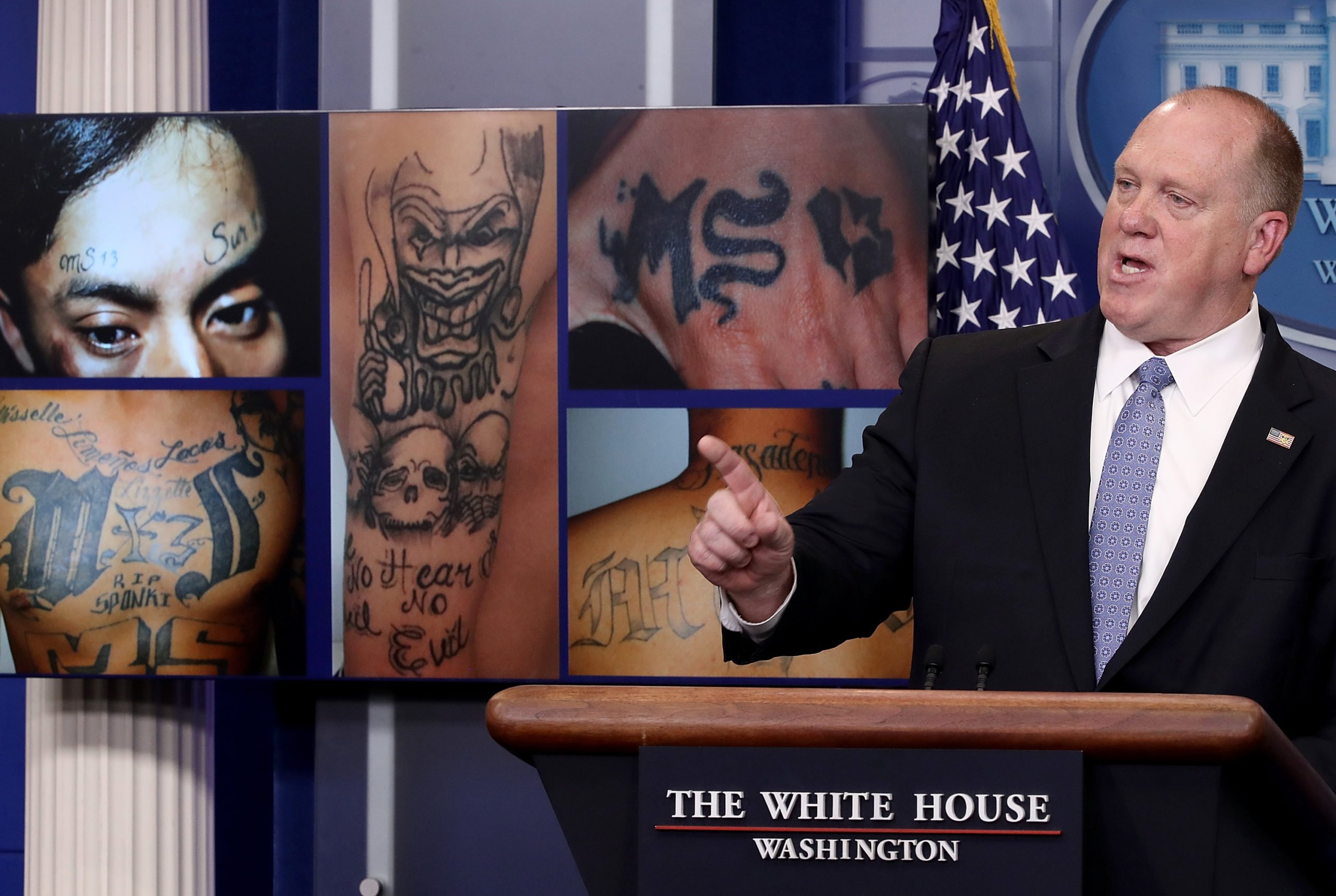 Tom Homan, Director of Immigration and Customs Enforcement, answers questions in front of gang related photos from the MS-13 gang during a daily briefing at the White House July 27, 2017 in Washington, DC (Win McNamee/Getty Images).

Fairfax County Sheriff Stacey Kincaid terminated the area’s service agreement with ICE effective May 2018, ending the practice of holding illegal aliens in county facilities past their release date without a court-ordered detainer, which must be signed by a judge, according to a press release from the office. The law enforcement official called the decision “expedient” for her department, the release said.

“Officers may not participate in, or facilitate, the enforcement of federal civil statutes (i.e. immigration laws),” the order directed, according to the Times.