After an 18-month investigation, the House Committee on Transportation and Infrastructure blamed the two fatal crashes that killed 346 people on Boeing’s 737 MAX on “a horrific culmination of a series of faulty technical assumptions” and “grossly insufficient oversight by the FAA.”

“Boeing and FAA both gambled with public safety in the critical time period between the two crashes,” Chairman Peter DeFazio of Oregon said.

In October 2018, Lion Air Flight 610 nosedived into the ocean minutes after takeoff in Indonesia, killing 189 people, with early investigations indicating onboard computer systems were operating incorrectly, according to the New York Times (NYT). 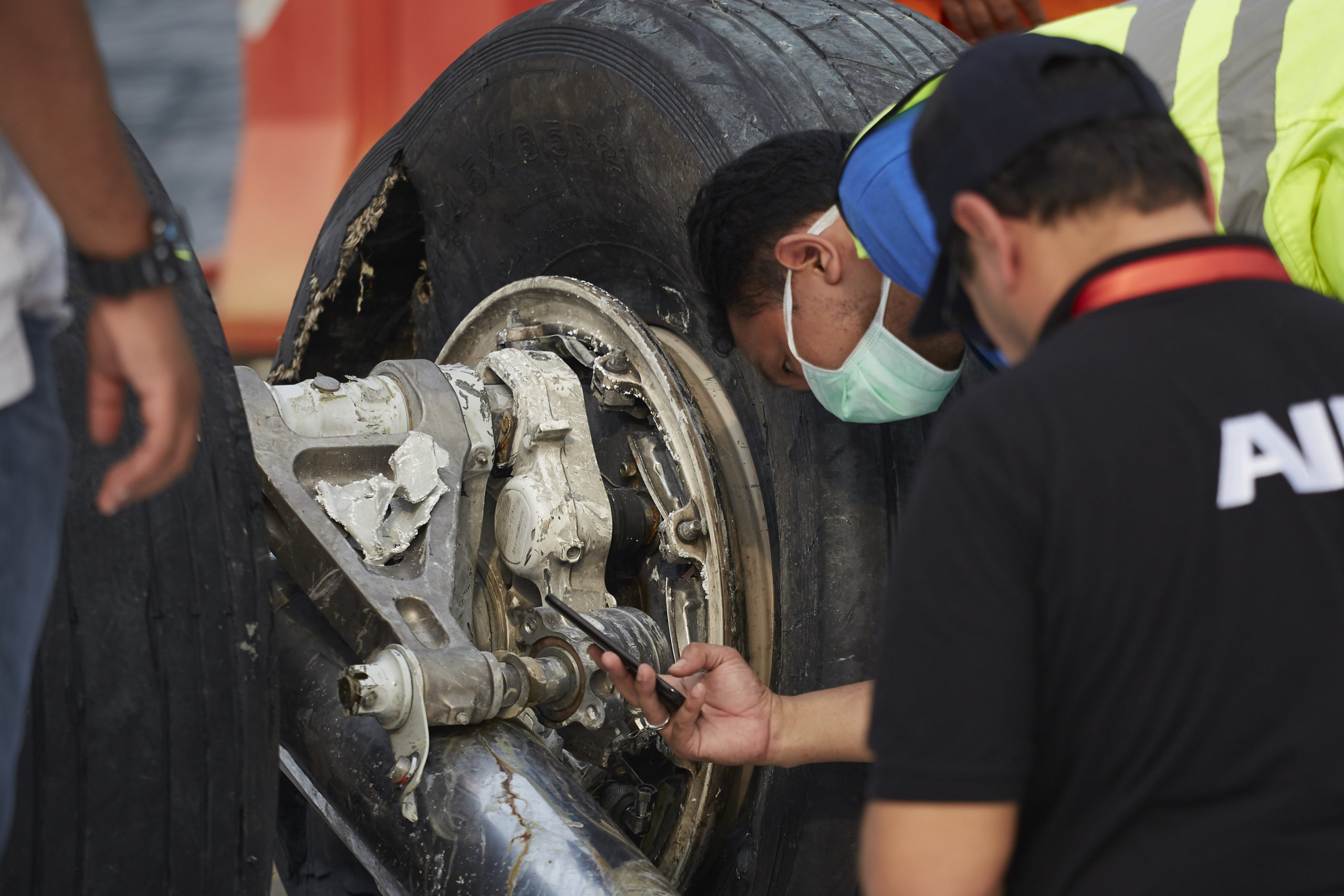 Nearly 8 months later, another Boeing 737 MAX crashed in Ethiopia, killing all 157 people on board, after the plane began a nosedive into the ground minutes after takeoff, according to the NYT. 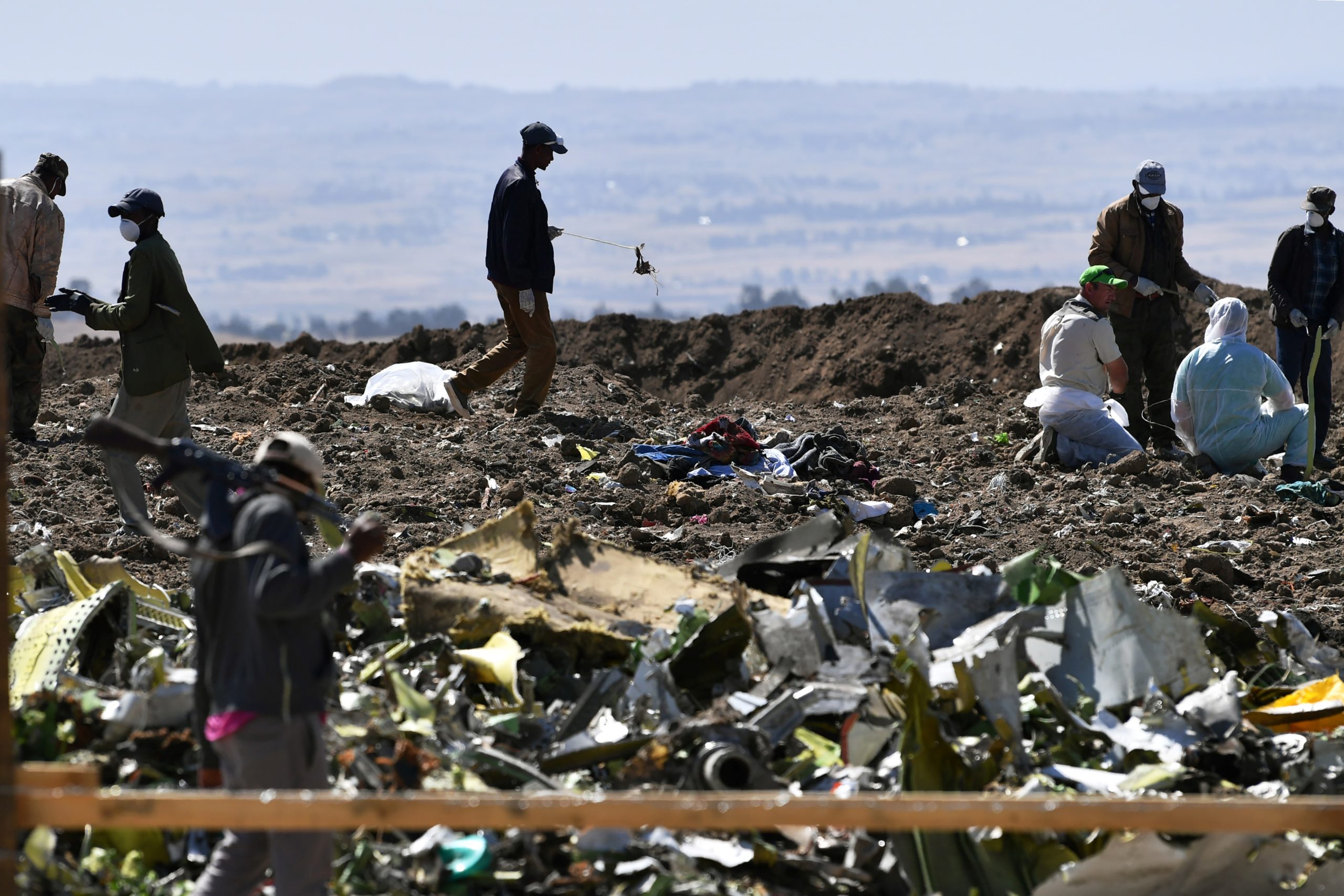 Oromo men hired to assist forensic investigators are at work at the crash site of an Ethiopian airways operated Boeing 737 MAX aircraft on March 16, 2019 at Hama Quntushele village near Bishoftu in Oromia region. . (Photo by TONY KARUMBA / AFP)

The House report indicates that Boeing and the Federal Aviation Administration (AAA) failed to properly ensure the plane was safe, both in design and performance.

The report notes pressure on Boeing to compete with Airbus’ new A320neo aircraft, prompting Boeing to cut costs to maintain the 737 Max program schedule while avoiding the slowing of the production line.

Boeing made “fundamentally faulty assumptions about critical technologies” on the 737 MAX, specifically with the Maneuvering Characteristics Augmentation System (MCAS), which was the software designed to push the airplane’s nose down in certain conditions, the report notes. Apparently, Boeing expected the pilots would be able to handle any potential malfunctions of the system.

MCAS was incorporated into The Boeing 737 MAX because the engines on the plane were much larger and placed higher than other aircrafts, which could cause the plane’s nose to push upwards. MCAS was designed to bring the nose back down. However, MCAS was activated by faulty sensors in both crashes, sending both flights into a deadly nosedive, according to the NYT.

“This concern regarding the ability of pilots to effectively counteract repetitive MCAS activations was incredibly prescient as both the Lion Air and Ethiopian Airlines flights experienced uncontrolled oscillations from MCAS activations that led to catastrophic loss of command of the MAX aircrafts,” the report read.

The report also alleges Boeing concealed information from the FAA and pilots that during a simulated flight, it took a Boeing test pilot more than 10 seconds to respond to the MCAS activation, which the pilot described as “catastrophic.” (RELATED: Boeing’s 737 MAX Was Supposed To Return Soon, But FAA Found Another Glitch)

Further, the committee said that the FAA “provided inadequate oversight and instead deferred to Boeing, leading to the production of airplanes with significant safety problems,” referencing the MCAS system.

“Boeing failed in its design and development of the MAX, and the FAA failed in its oversight of Boeing and its certification of the aircraft,” the report said.

Boeing said “it learned many hard lessons as a company from the accidents…and from the mistakes we have made. As this report recognizes, we have made fundamental changes to our company as a result, and continue to look for ways to improve,” the company said in a statement, according to Reuters.