An alleged Portland rioter was indicted Tuesday on charges that he pointed a “high-powered laser” at the eyes of a city police sergeant.

Bryan Kelley, 36, is accused of injuring the cop during a riot in late August, according to a press release from the Multnomah District Attorney’s Office. The 36-year-old faces second degree assault, unlawful use of a weapon and two counts of unlawfully utilizing a laser pointer, the release detailed.

The Portland Police Bureau (PPB) released a video of the laser allegedly used by Kelley, which shows the bright purple beam burning a hole in what appears to be a thin piece of cardboard.

The laser allegedly wielded by the rioter is as large as a cell phone, according to a department media release.

The device is capable of burning holes in paper products and igniting dry material, a joint investigation revealed, according to the DA’s press release.

The PPB sergeant allegedly injured by Kelley saw the man shine the beam into the eyes of multiple officers, while several rioters vandalized a building during the August unrest, the DA’s office wrote.

The local officer needed to shield himself from the laser on multiple occasions, the office continued. (RELATED: AP Reporter Embedded With Federal Police In Portland Recounts ‘Eye Opening Experience’) 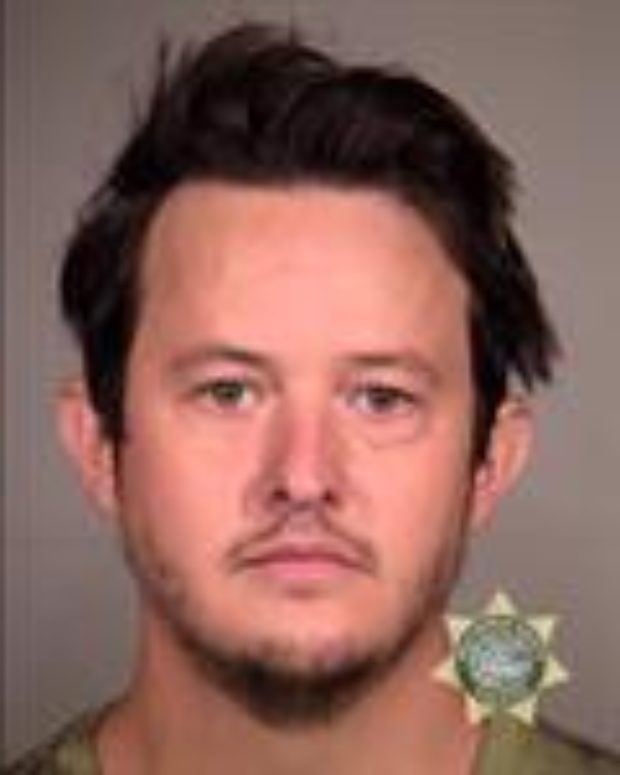 Federal officers, who were sent to Portland to quell riots, may have been permanently blinded by the effects of the similar laser pointers in July, according to the Associated Press.

The Oregon city marked 100 straight days of rioting on Sept. 5 following the death of George Floyd, according to The Oregonian.