The Independent International Fact-Finding Mission on the Bolivian Republic of Venezuela was established “to investigate extrajudicial executions, enforced disappearances, arbitrary detentions and torture and other cruel, inhumane or degrading treatment since 2014” and to hold the perpetrators accountable, per the report.

The report found Venezuela engaged in”arbitrary arrest and detention, as well as torture and cruel, inhuman or degrading treatment,” of various detainees. The report also found “reasonable grounds” to believe that threats of rape were used as part of torture against detainees and their family.

The 411-page report covers hundreds of cases of crimes committed by Venezuelan security forces and intelligence agencies. One individual, Gregory Hinds, was subject to interrogation and unlawful arrest at the hands of the Bolivarian National Intelligence Service (SEBIN) for his alleged relationship with opposition leaders. 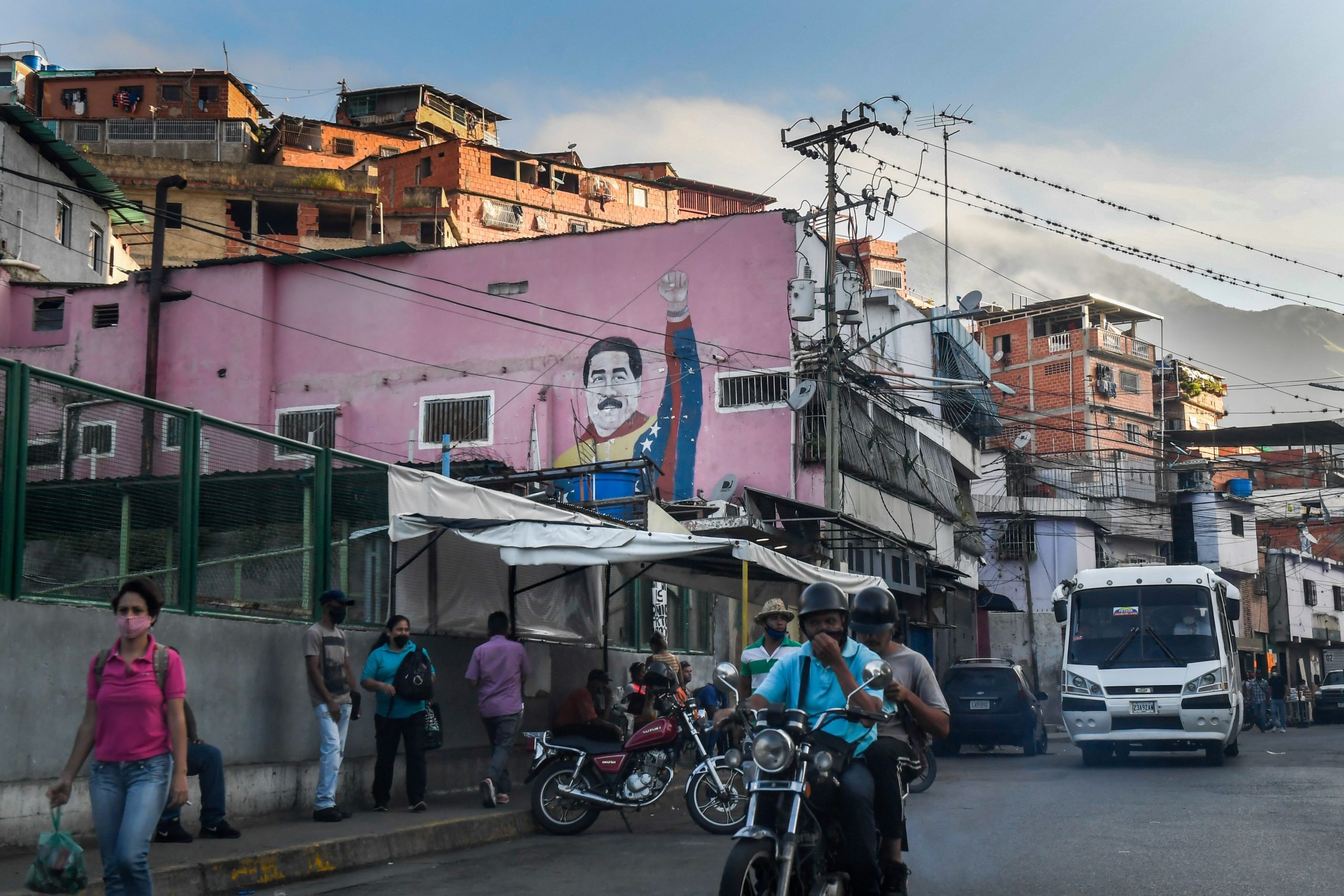 Passers-by walk past a graffiti of President Nicolas Maduro, at Petare neighborhood in Caracas on September 16, 2020 (Photo by FEDERICO PARRA/AFP via Getty Images)

Hinds was arrested for his alleged connection to Brave Heart, an organization to assist homeless youth in Venezuela. Other members of Brave Heart had been previously detained after SEBIN alleged that opposition leaders used Brave Heart to recruit youth to destabilize the government, per the report.

Hinds was forced to say in video recordings he knew opposition leaders, took foreign funding and was in contact with the U.S. embassy.

Hinds was then taken to a cell known as “El Tigrito.” Hinds said his cellmate was restrained by an apparatus known as The Octopus which “immobilized him with a belt and chains.” His cell mate was taken away at night and when he returned the next morning he was covered in blood and told Hinds officers “would hang him by his arms from a pipe and beat him.”

Hinds reported having no access to clean drinking water, forcing Hinds and his cellmate to drink from the toilet. Hinds became ill with digestive issues but was not given medical attention.

The experts allege high-level authorities had power to stop the brutal treatment of prisoners but did not do so, making them culpable in the crimes.

One of the experts, Marta Valinas of Portugal, said the acts were done to quell any political opposition, according to the Associated Press (AP).

“These acts were committed pursuant to two state policies, one to quash opposition to the government and another to combat crime, including by eliminating individuals perceived as criminals,” she said. “We also consider that the documented crimes were committed as part of a widespread and systematic attack against the civilian population.” (RELATED: Venezuela’s Neighbors Support Opposition Leader Guaido, Call For Meeting)

A crime against humanity is defined as a “widespread or systematic attack directed against any civilian population,” according to Article 7 of the U.N. treaty that established the International Criminal Court.

The report found numerous instances of unlawful killings by security forces that have not resulted in prosecution. The report found members of the Special Action Forces and another unit were responsible for over half of the thousands of wrongful deaths examined by experts.