Hurricane Sally was downgraded to a tropical storm as it moved northeast Thursday, where some areas are expecting more than a foot of rain.

Sally touched down Wednesday near Gulf Shores, Alabama as a Category 2 storm with winds as high as 105 mph, Reuters reported. Several communities were flooded and left damaged by the storm, including in Pensacola, Florida, which experienced more than 2 feet of rain Wednesday. More than 570,000 Florida homes and businesses were left without power and storm-damaged roads and bridges impeded travel across the area. 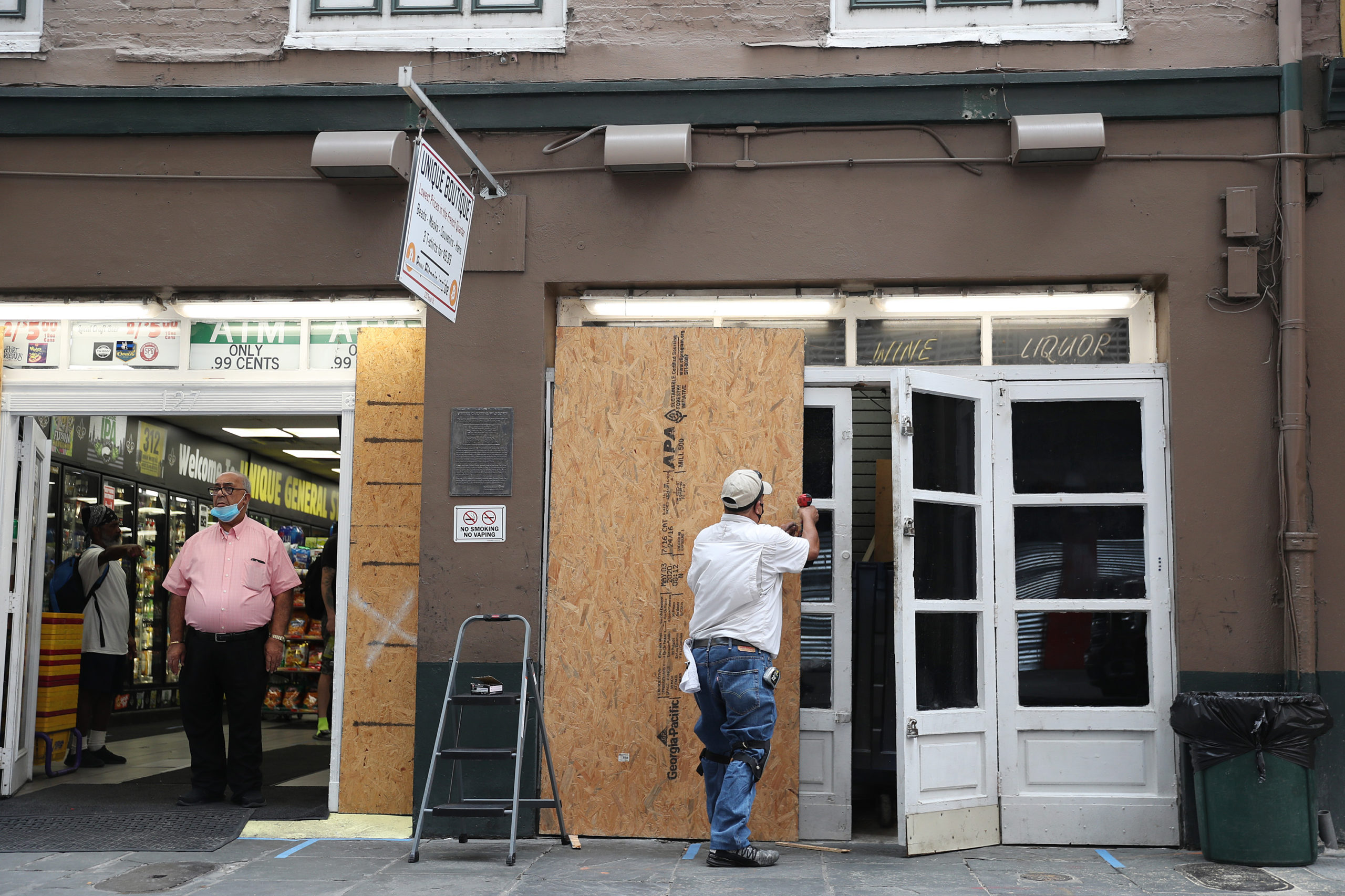 Luis A. Sanabria puts plywood over the windows of a business in the historic French Quarter before the possible arrival of Hurricane Sally on September 14, 2020 in New Orleans, Louisiana. The storm is threatening to bring heavy rain, high winds and a dangerous storm surge from Louisiana to Florida. (Photo by Joe Raedle/Getty Images) 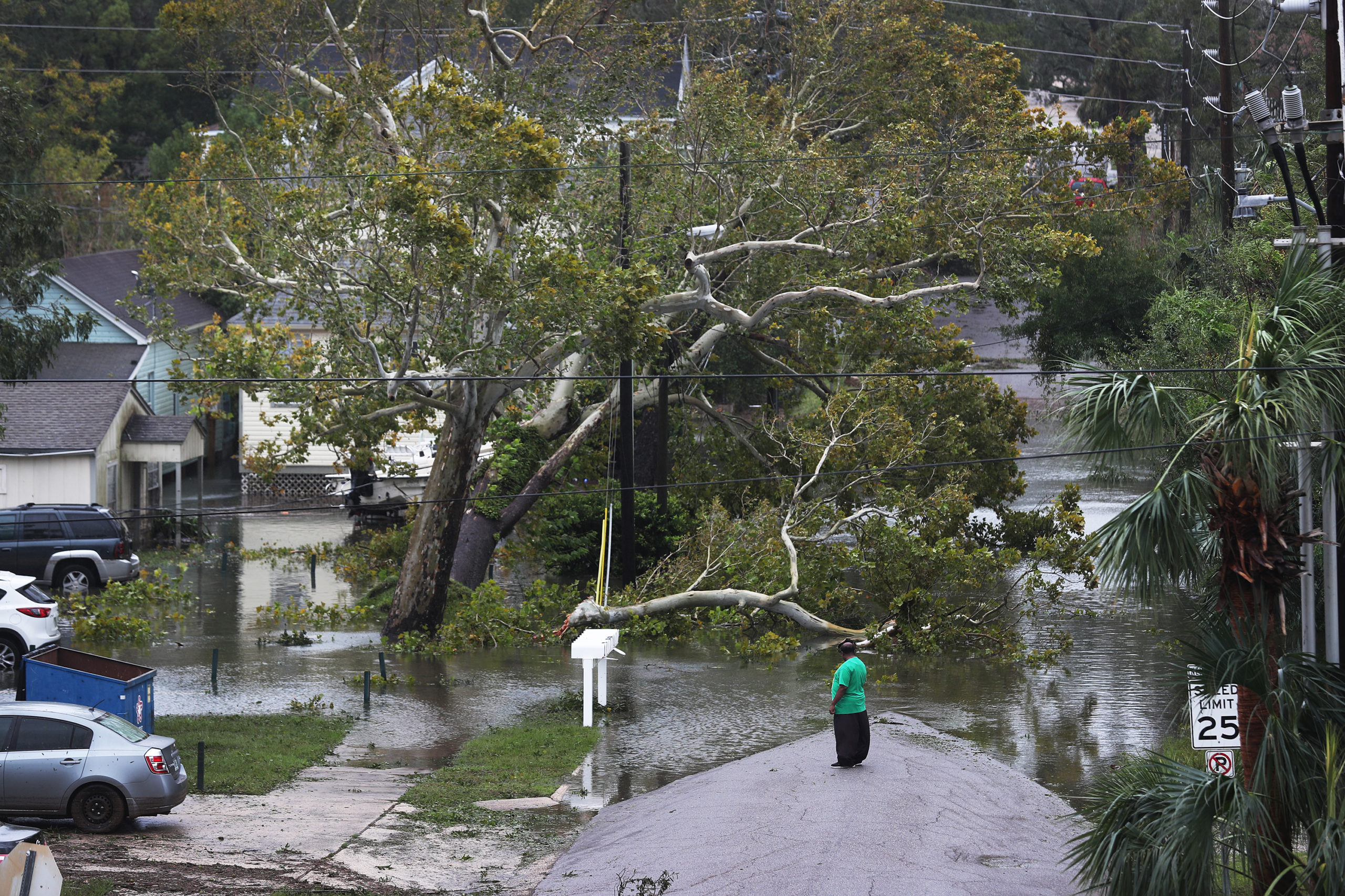 A person looks at a flooded neighborhood as Hurricane Sally passes through the area on September 16, 2020 in Pensacola, Florida. The storm is bringing heavy rain, high winds and a dangerous storm surge to the area. (Photo by Joe Raedle/Getty Images)

Trent Johnson, a police lieutenant in Orange Beach, Alabama, said that a body washed up on the shore, according to Reuters.

“We believe it was hurricane-related, but we have no definitive proof of that right now,” Johnson said.

People living along the Gulf Coast were told to evacuate as soon as possible Tuesday when the storm’s winds had already reached 80 mph. (RELATED: National Hurricane Center Tracking Nine Total Systems At Once)

Water had started to recede in some areas by Wednesday night, but the National Weather Service warned that flooding could be a concern for several days, Reuters reported.

Florida Gov. Ron DeSantis said at a news conference that a “significant section” of the Pensacola Bay Bridge was missing after the storm. Pensacola resident Preity Patel told Reuters that “it was just constant rain and wind.”

Local utilities told Reuters that electrical crews from other states had arrived to help restore power to the hundreds of thousands of people who had lost it.