A Maryland man has been indicted by a federal grand jury on charges stemming from an incident in which he allegedly set multiple police cars parked in front of the U.S. Supreme Court on fire.

Cody Michael Tarner, 23, allegedly lit two police cars on fire and failed at setting a third on fire on July 15, according to a U.S. Department of Justice (DOJ) statement on Wednesday.

Tarner accidentally lit himself on fire during the alleged act of arson and was hospitalized after “being engulfed in flames and suffering severe burns to himself,” the DOJ statement said.

“The actions taken by this individual destroyed federal property and were heinous and could have resulted in the loss of lives,” Acting U.S. Attorney for the District of Columbia Michael R. Sherwin said in the release.

He continued: “In addition, members of law enforcement were targeted and this type of action will never be acceptable as our office will continue to prosecute crimes such as this to the fullest extent of the law.” (RELATED: George Floyd Protests, Riots Cost Upwards Of $1 Billion, According To Early Estimates) 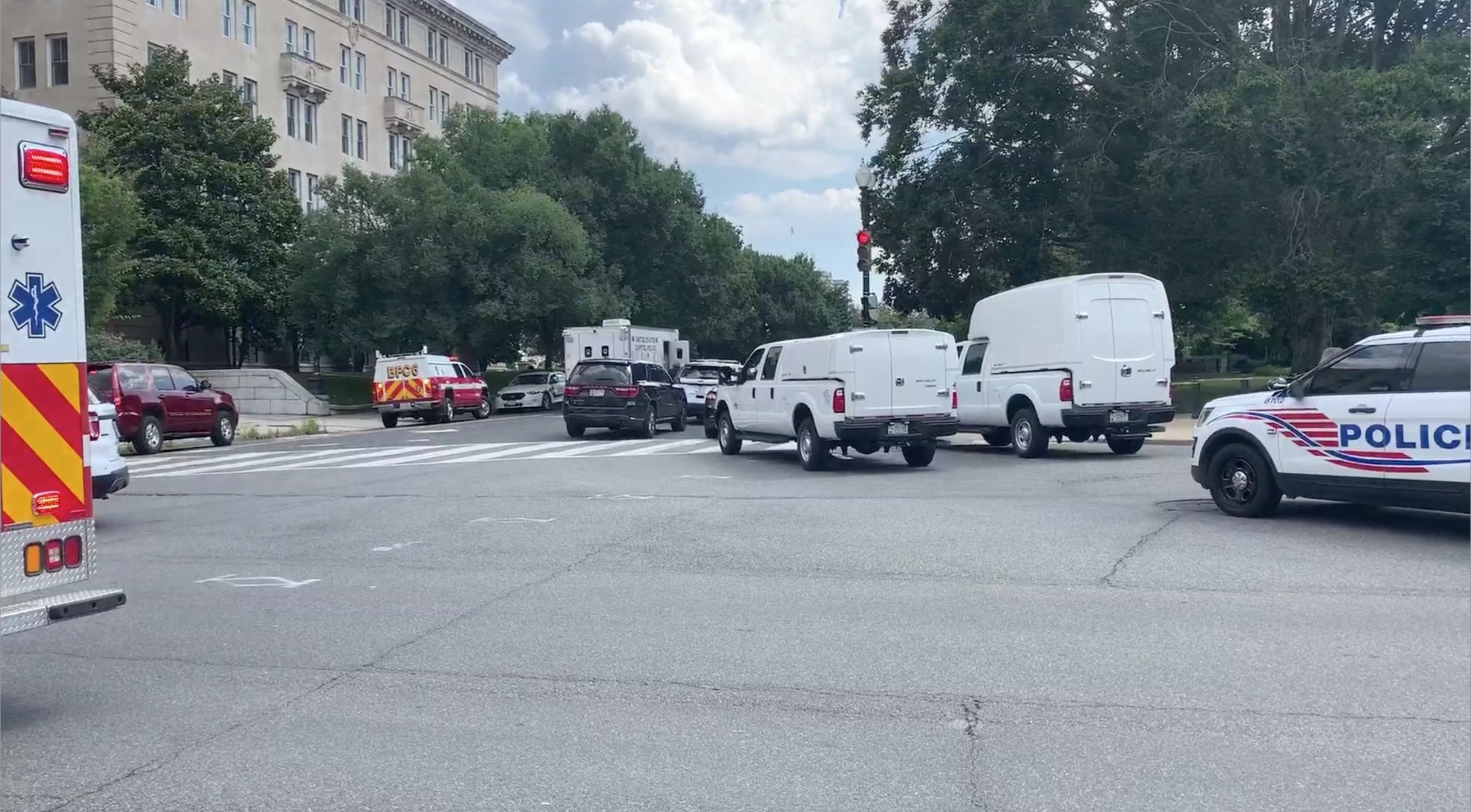 Emergency vehicles respond to the arson of three police cars in front of the U.S. Supreme Court in July. (WUSA/Video screenshot)

Tarner is accused of pouring liquid from a gas canister onto the three cars and setting them on fire, according to the DOJ.

Video of the incident’s aftermath appeared to show one police car engulfed in flames, according to CBS affiliate WUSA. The man who filmed the incident didn’t capture Tarner, but said he heard “someone shriek and run away,” WUSA reported.

One police car was completely destroyed, another was damaged and the third one never caught fire, the DOJ statement said.

“The attempted destruction of federal property will not be tolerated,” said FBI special agent in charge Matthew R. Alcoke, who is with the bureau’s counterterrorism division in Washington, D.C.

Tarner has been indicted on arson and destruction of government property charges, according to the DOJ. He is being held without bond while he awaits trial.

The DOJ’s announcement of Tarner’s indictment came on the same day that a man was charged with pushing a burning dumpster against a Portland, Oregon police station.

Riots involving arson and destruction of property have taken place in the wake of the death of George Floyd who died in Minneapolis police custody after an officer knelt on his neck, video of the incident shows.