The man identified as the doctor accused of giving unnecessary hysterectomies to women detained at a U.S. Immigration and Customs Enforcement facility settled a Medicare and Medicaid federal lawsuit years ago.

Dr. Mahendra Amin, who is himself an immigrant, according to Prism Reports, agreed to a $520,000 settlement with federal prosecutors in 2015 regarding an indictment filed in 2013. Amin had been accused of orchestrating a scheme at Irwin County Hospital (ICH) in Georgia, which he was a part-owner of, in which unnecessary procedures were administered on patients to bolster federal Medicare and Medicaid payments to the hospital, according to the indictment.

“One important mission of this office’s Civil Division is to ensure that when taxpayer money is paid out under federal health care programs, it is paid out in a manner that complies with federal healthcare laws,” said former U.S. Attorney Michael J. Moore in a statement following the settlement.

Amin allegedly instituted a standing order that required nurses to perform ultrasounds on pregnant patients at ICH regardless of their symptoms, without consulting any doctor and without any medical evaluation, the indictment said. However, a memo sent to hospital staff stated if an ultrasound wasn’t covered by Medicaid, then medical evaluation was required, according to the indictment. 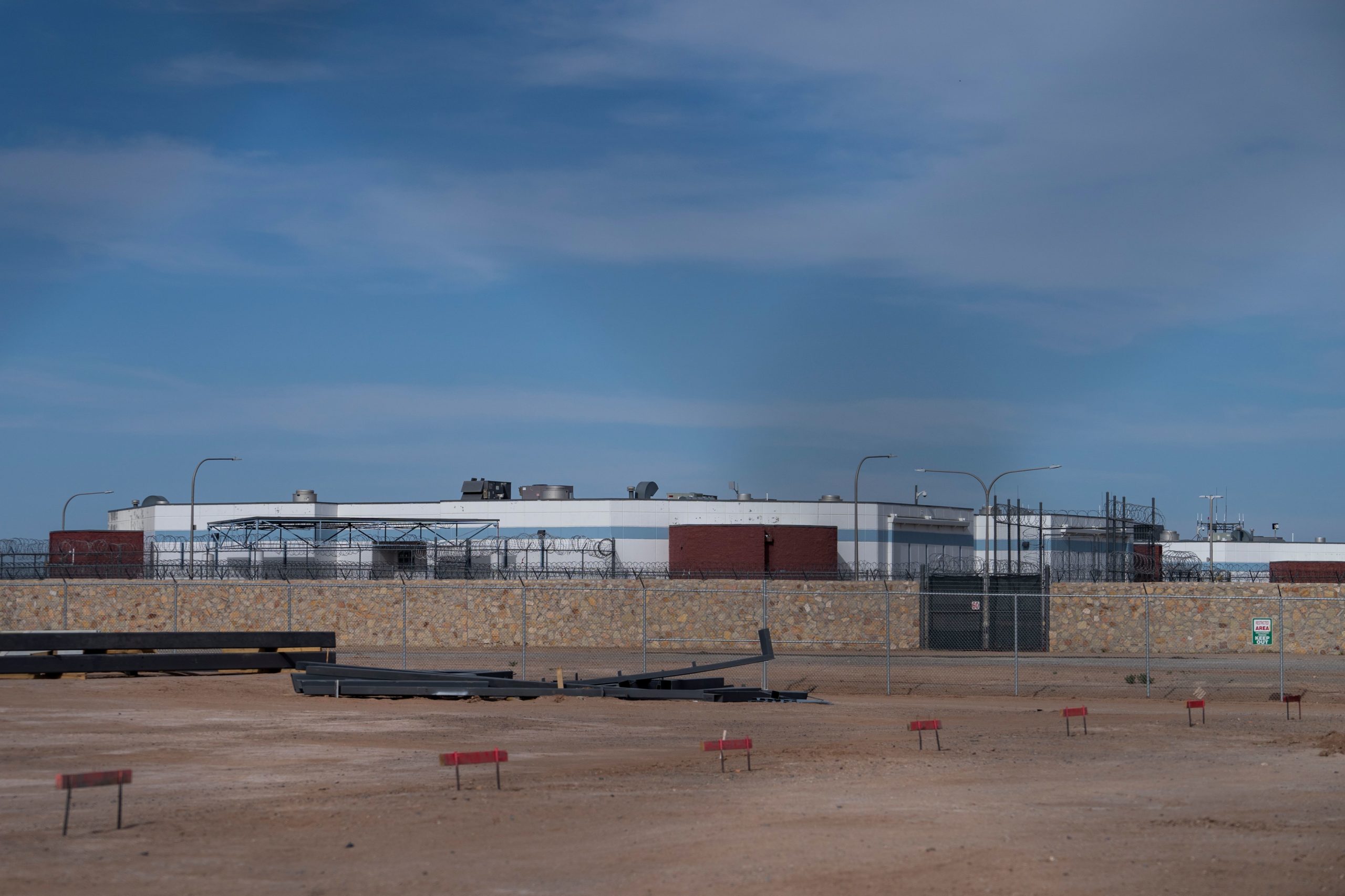 An Immigration and Customs Enforcement Processing Center is seen from a distance. (Paul Ratje/AFP/ via Getty Images)

Amin did not admit to guilt as part of the settlement.

Amin was identified as the gynecologist hired by Immigration and Customs Enforcement (ICE) who was the subject of a Project South complaint sent to U.S. Department of Homeland Security inspector general Joseph V. Cuffari on Monday, NBC News reported. Dawn Wooten, a whistleblower who had been a nurse at Irwin County Detention Center in Ocilla, Georgia, was concerned with the amount of hysterectomies allegedly being given by Amin, the complaint said.

“Everybody he sees has a hysterectomy—just about everybody,” Wooten said according to Project South. “He’s even taken out the wrong ovary on a young lady [detained immigrant woman]. She was supposed to get her left ovary removed because it had a cyst on the left ovary; he took out the right one.” 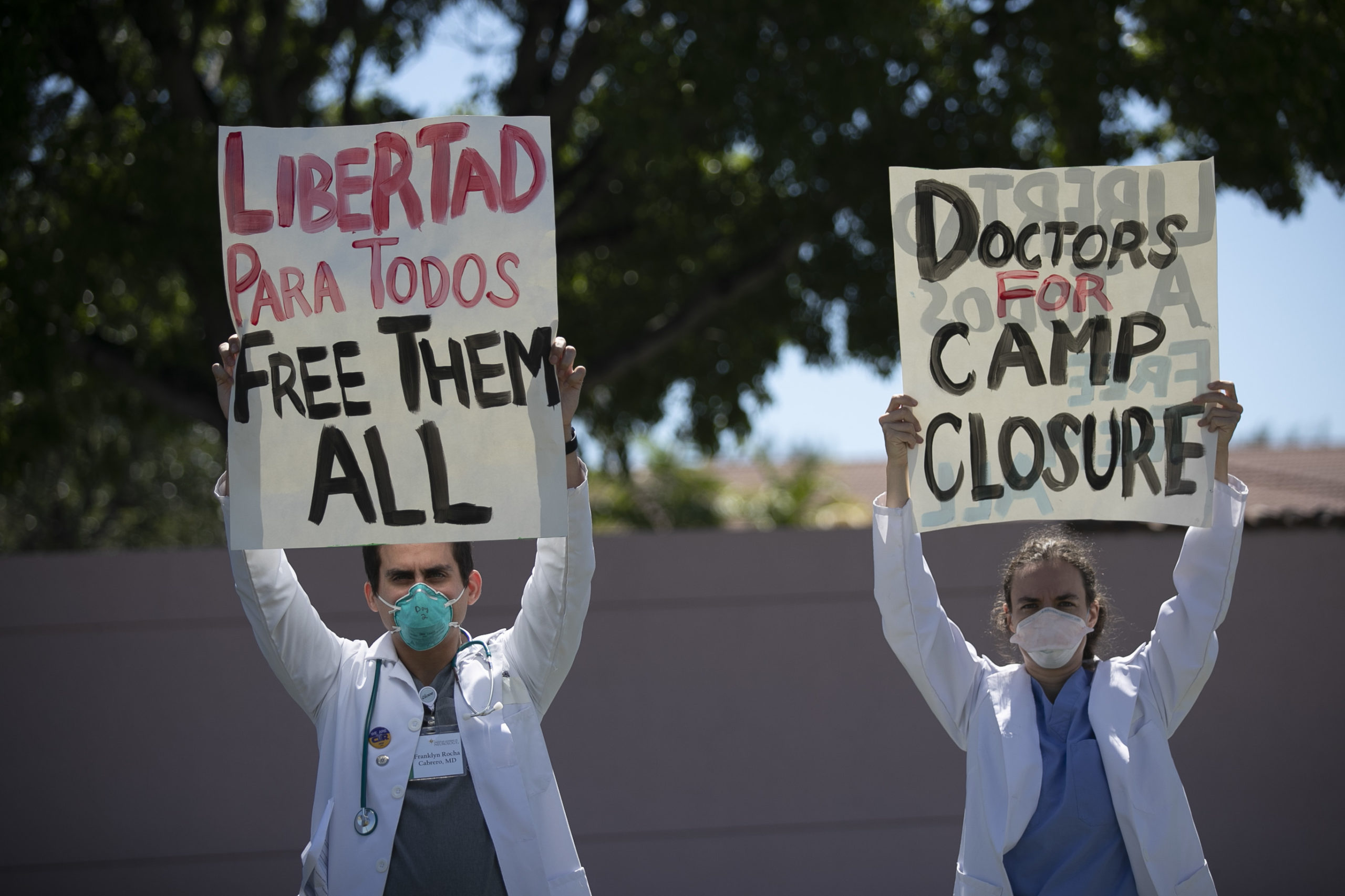 Dr. Franklyn Rocha Cabrero and Dr. Claudia A. Alvarez join with protesters outside of the Immigration and Customs Enforcement’s Broward Transitional Center on May 01, 2020 in Pompano Beach, Florida. (Joe Raedle/Getty Images)

While some women have medical issues that require a hysterectomy, Wooten added, “everybody’s uterus cannot be that bad,” according to the complaint. She also likened the detention center to an “experimental concentration camp.”

Amin denied the allegations in an interview with The Intercept saying that he had only performed “one or two hysterectomies in the past two [or] three years.”

House Speaker Nancy Pelosi said in a statement Tuesday that if the allegations were true they were a “staggering abuse of human rights.” Led by Democratic Rep. Jerry Nadler, more than 170 members of Congress signed a letter Wednesday demanding Cuffari to conduct an immediate investigation.

“Everyone—regardless of their immigration status, their language, or their incarceration—deserves to control their own reproductive choices and make informed choices about their bodies,” the letter said. “We request that your office immediately open an investigation to thoroughly examine allegations raised.”

ICE said that while the allegations presented in the complaint will be fully investigated, the agency “vehemently disputes the implication that detainees are used for experimental medical procedures” in a statement Tuesday.