95% of the murder victims in Cook County, home of Chicago, are people of color in 2020, according to an announcement from Cook County Medical Examiner’s Office and reported by USA Today.

There have been more homicides this year than in all of 2019 combined, per Chicago Police Department data. The city has seen a shocking rise in homicide, which is up 52%. Most of the homicides are taking place in Chicago, specifically neighborhoods in the South and West sides with a reputation for violent crime, according to USA Today.

Like other major U.S. cities, Chicago has seen an uptick in some of the most violent kinds of homicide, such as homicides, shootings, armed assaults, and robberies.

Over the course of the pandemic, Chicago has suffered a mass shooting outside of a funeral home in which 15 people were shot. Children have also suffered at the hand of the violent crime wave. Dozens of children under 10 have been shot, according to USA Today. (RELATED: Chicago Police Report 21 Shooting Victims In One Day)

There have been more than 75,000 cases of COVID-19 in Chicago, and nearly 3,000 people have died, with three in four deaths among people who are Black or Latinx, according to city data Tuesday. Cook County has experienced 136,000 cases in total, over half of the state’s total cases. 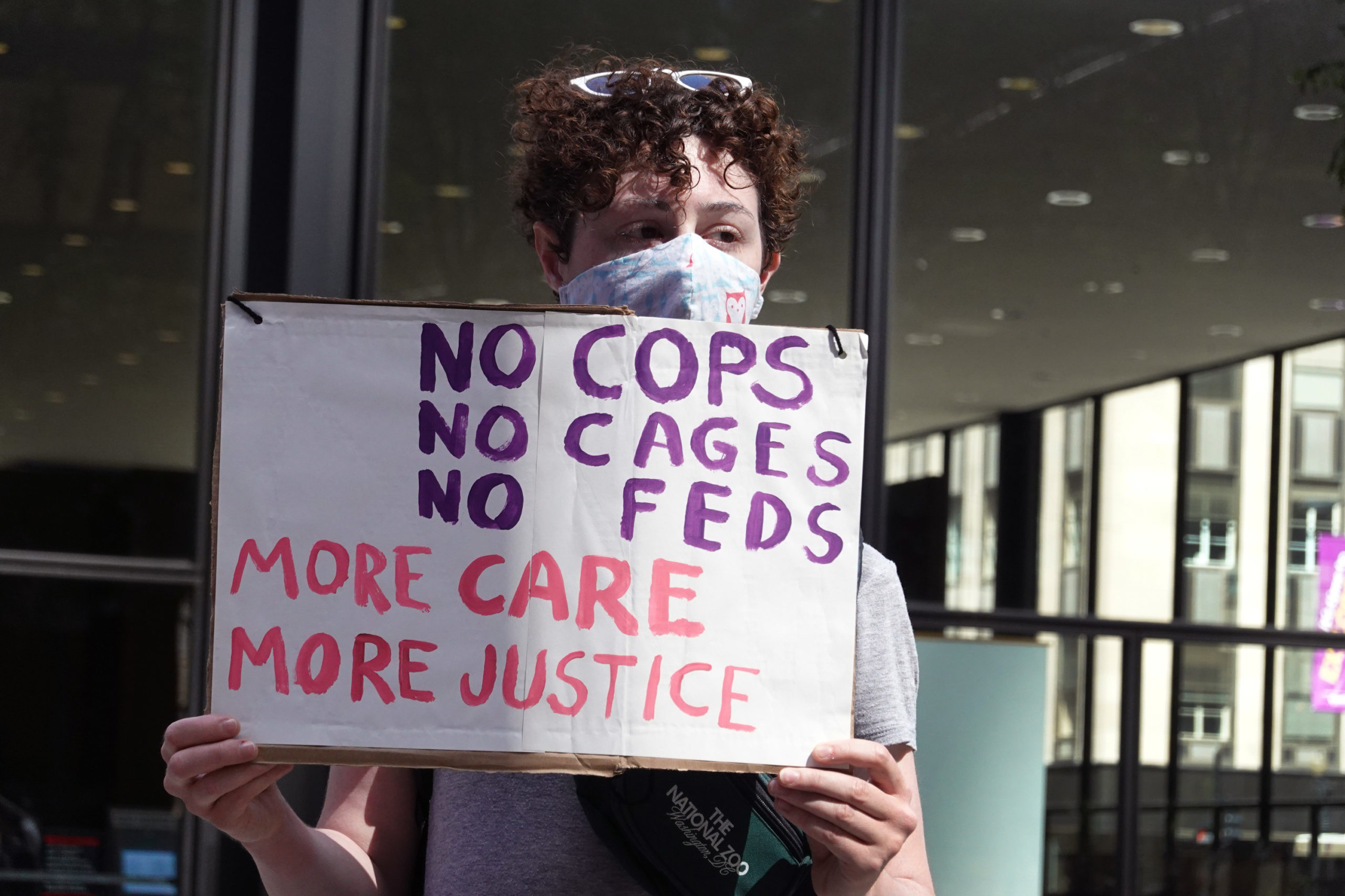 CHICAGO, ILLINOIS – JULY 23: Activists hold a rally in the federal building plaza to protest the Trump administration’s pledge to send federal agents into Chicago to deal with the rise of violent crime in the city on July 23, 2020 in Chicago, Illinois. (Photo by Scott Olson/Getty Images)

Chicago’s murder rate began to fall in July and August; however, crime is again on the rise. Over the weekend, 53 people were shot, 10 of whom died, in 35 different shooting instances, USA Today reported.

Through Operation Legend, 400 federal agents across law enforcement agencies have been dispatched to Chicago. A $9 million grant helped local police hire 75 more officers Barr stated, as reported by USA Today. Barr touted that more than 500 arrests have been made in Chicago, and 124 individuals have been charged by federal prosecutors.