President Donald Trump’s Department of Justice under the direction of Attorney General William Barr has charged more than 300 demonstrators since the death of George Floyd, according to the Associated Press.

Approximately one-third of the charges come from Portland, where individuals have been apprehended for throwing rocks at officers, setting fires and explosives and striking a U.S. Marshal with a baseball bat, according to AP.

The federal convictions often carry lengthier prison times, but despite months of unrest in many of America’s major cities, some say the arrests are politically motivated, according to AP. 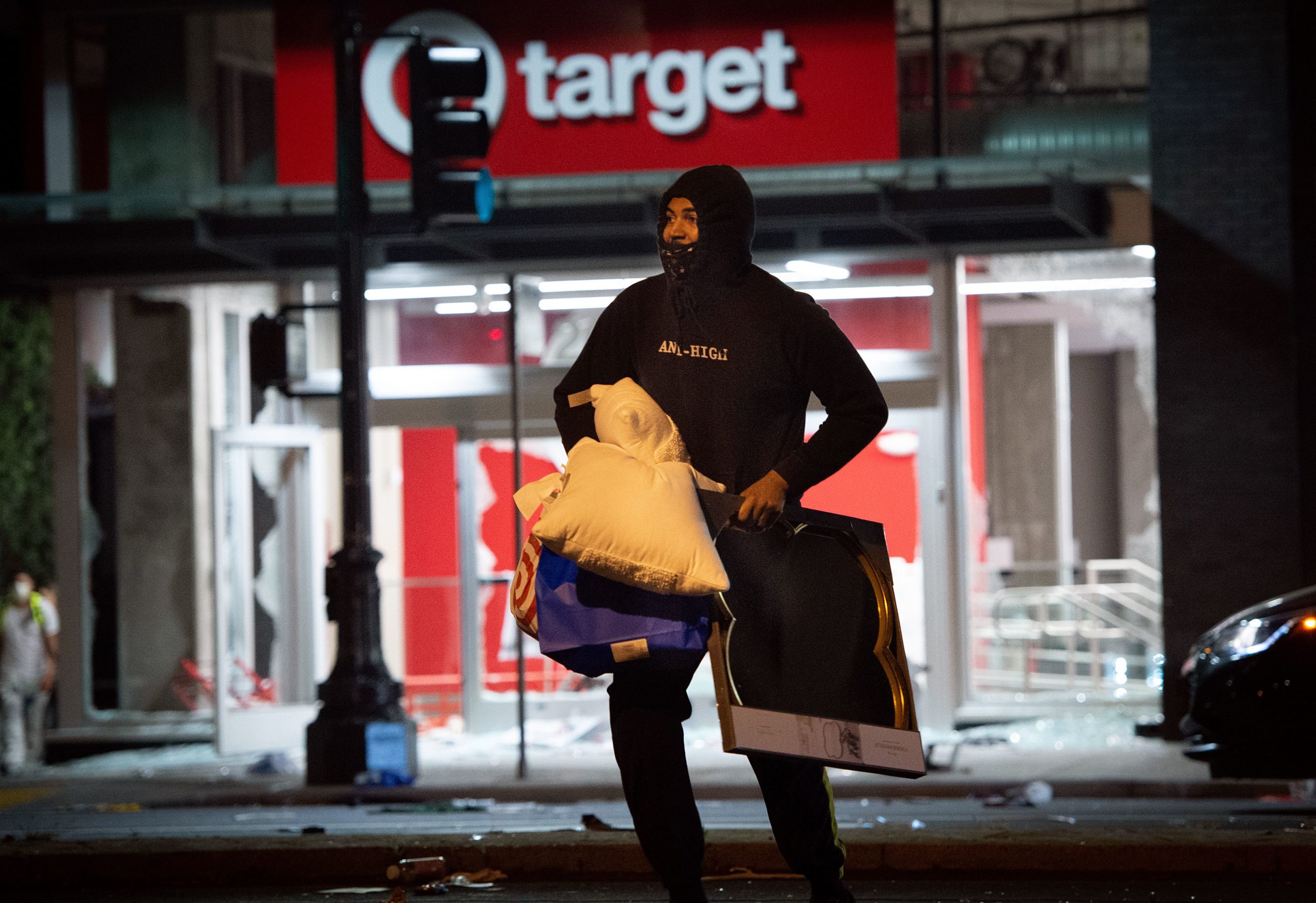 A looter robs a Target store as protesters face off against police in Oakland California on May 30, 2020, over the death of George Floyd, a black man who died after a white policeman kneeled on his neck for several minutes (JOSH EDELSON/AFP via Getty Images).

“The speed at which this whole thing was moved from state court to federal court is stunning and unbelievable,” Charles Sunwabe, an attorney for a person accused of arson in Pennsylvania, told the AP. “It’s an attempt to intimidate these demonstrators and to silence them,” he said.

Some lawyers insist their client’s charges should stay in local courts, insisting they aren’t severe, according to the AP. The lawyer for 35-year-old Isaiah Willoughby, who allegedly set fire to an area outside of a Seattle police precinct, said his client is falling victim to a government “agenda,” he told AP. (RELATED: Police Union Bosses Blame Local Prosecutors For ‘Night After Night Of Rioting’)

“This is city property that has been destroyed and you have a local prosecutors office that is ready and willing and able to charge these cases in state court, but the federal government is attempting to emphasize these protest-related crimes for whatever agenda they are seeking to pursue,” assistant federal public defender Dennis Carroll told the news wire.