President Donald Trump, Vice President Mike Pence and a panel of education and history experts spoke in front of America’s founding documents inside the National Archives in Washington, D.C. Trump and education and the panel, headed by Hillsdale College President Dr. Larry Arnn, derided what they called a cynical public school system that teaches students to be ashamed of American history.

Trump had particularly strong words for the 1619 Project, a revisionist version of U.S. history produced by The New York Times Magazine that seeks to put slavery at the center of the American founding.

“Critical race theory, the 1619 Project, and the crusade against American history is toxic propaganda — an ideological poison that, if not removed, will dissolve the civic bonds that tie us together,” Trump said. “The only path to national unity is through our shared identity as Americans. That is why it is so urgent that we finally restore patriotic education to our schools.”

The president is denouncing critical race theory on national television—and elevating this intellectual fight into a major campaign theme. 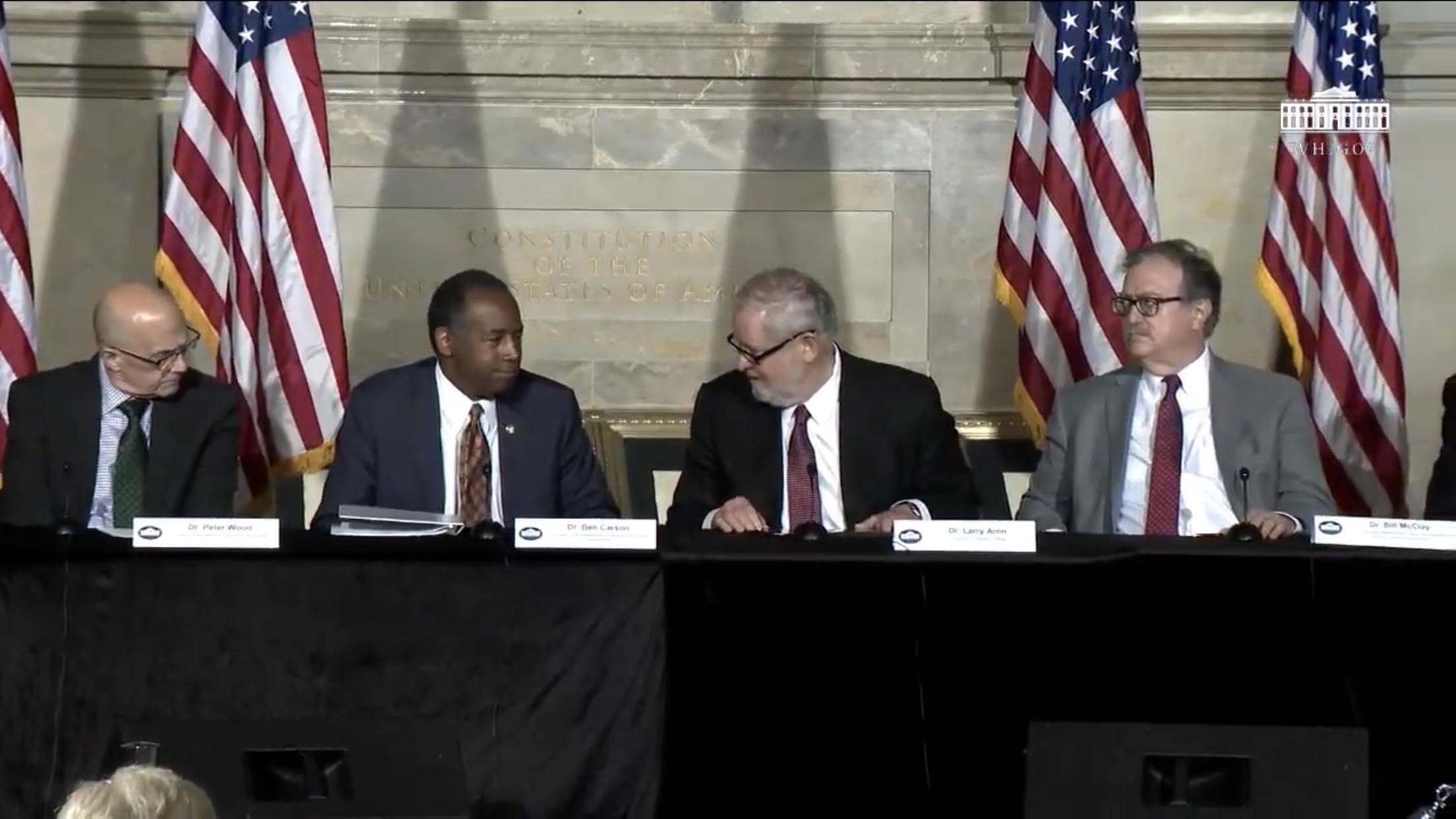 Trump ordered his administration earlier in September to cease any critical race theory training programs they had in place after such a program was found at the Department of Energy.

“The Declaration of Independence and the Constitution are the greatest charters of freedom the world has ever known,” Pence said. “Our Founders knew history, but sadly we live in a time when too many are forgetting history today.”

Arnn and his fellow panelists, including Housing and Urban Development (HUD) Secretary Ben Carson, argued the American school system teaches students to view founders like George Washington and Thomas Jefferson as hypocrites for owning slaves despite the fact that they signed the freedom-affirming Declaration of Independence.

They argue the system leaves out the critical detail that founders fully understood that the Declaration was an anti-slavery document and that they saw slavery as an evil to be expunged. (RELATED: ‘Went Too Far’: NYT Reporter Calls For CDC Director To Resign, Sparking His Employer To Speak Out)

Arnn went on to reference a quote from Jefferson on slavery: “In the contest between the master and the slave, the Almighty has no attribute that can side with us. I tremble for my country when I think that God is just.”

Carson echoed his fellow panelists in arguing that America’s colleges and universities teach students to feel victimized rather than teaching self-government.

“We have to realize that we are being as a society manipulated by people who have an agenda,” Carson said. “And you can’t fight people with an agenda unless you have one also, unless you have a plan.”

Disclosure: Hagstrom graduated from Hillsdale College, of which Arnn is president.