President Donald Trump unleashed a new barrage of attacks against mail-in ballots Thursday morning, claiming that they could potentially cause the 2020 election results to “never be accurately determined.”

In a series of tweets, Trump claimed that “Radical Left Democrats” want “election mayhem” and called on “the big unsolicited ballot states” to “give it up now, before it is too late.” 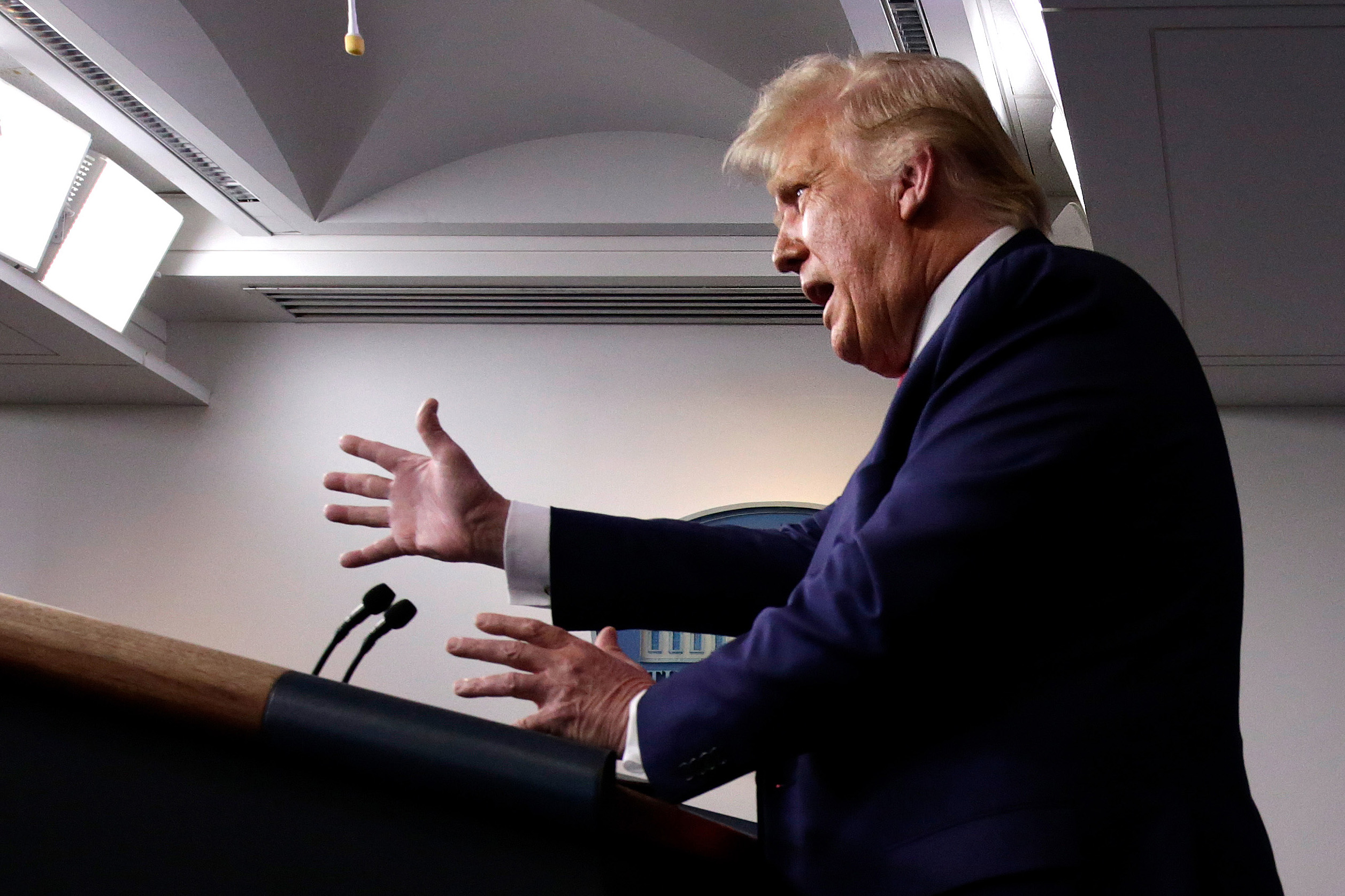 WASHINGTON, DC – SEPTEMBER 16: U.S. President Donald J. Trump speaks at a news conference in the James Brady Press Briefing Room of the White House on September 16, 2020 in Washington, DC. Trump took questions about the administration’s coronavirus response and also sought to clarify comments made by CDC Director Robert Redfield during his recent testimony before Congress. (Photo by Alex Wong/Getty Images)

The president added that mail in ballots are “a gift to foreign interference into our election.”

Because of the new and unprecedented massive amount of unsolicited ballots which will be sent to “voters”, or wherever, this year, the Nov 3rd Election result may NEVER BE ACCURATELY DETERMINED, which is what some want. Another election disaster yesterday. Stop Ballot Madness! https://t.co/3SMAk9TC1a

The big Unsolicited Ballot States should give it up NOW, before it is too late, and ask people to go to the Polling Booths and, like always before, VOTE. Otherwise, MAYHEM!!! Solicited Ballots (absentee) are OK. @foxandfriends

@TrueTheVote There is a group of people (largely Radical Left Democrats) that want ELECTION MAYHEM. States must end this CRAZY mass sending of Ballots. Also, a GIFT to foreign interference into our election!!! Stop it now, before it is too late.

It should be noted that some top administration officials and Democrats have changed their tune in recent weeks on in-person voting. (OPINION: There’s Only One Way To Avert An Election Disaster — Open The Polls)

Dr. Anthony Fauci, the top scientist on the White House coronavirus task force, has claimed that in-person voting is just as safe as visiting the grocery store, assuming voters take proper mitigation steps including wearing a mask and social distancing from other voters.

“There’s a lot of conversation about voting, but we looked at the data,” Ezekiel Emmanuel, a former Obama administration official who helped craft the Affordable Care Act, also told CNN. “It seems most like shopping at the grocery store, and that has some risk but it’s pretty low risk.”

“There are ways and reasons to vote in person,” he added. “People should not fear for their lives by going out and voting. It’s a hell of a lot safer than going to a restaurant.”