A firefighter died Thursday while fighting a massive California wildfire that was caused by a gender reveal party, the Associated Press reported.

The U.S. Forest Service said in a statement that the firefighter, whose identity is being withheld until his family is notified, died while fighting the El Dorado Fire in the San Bernardino National Forest, according to the Associated Press.

“Our deepest sympathies are with the family, friends and fellow firefighters during this time,” Zach Behrens, a spokesperson for the Forest Service, told the Associated Press. (RELATED: Wildfires, Blackouts And High Gas Prices: Californians Fight Familiar Foes Amid Pandemic) 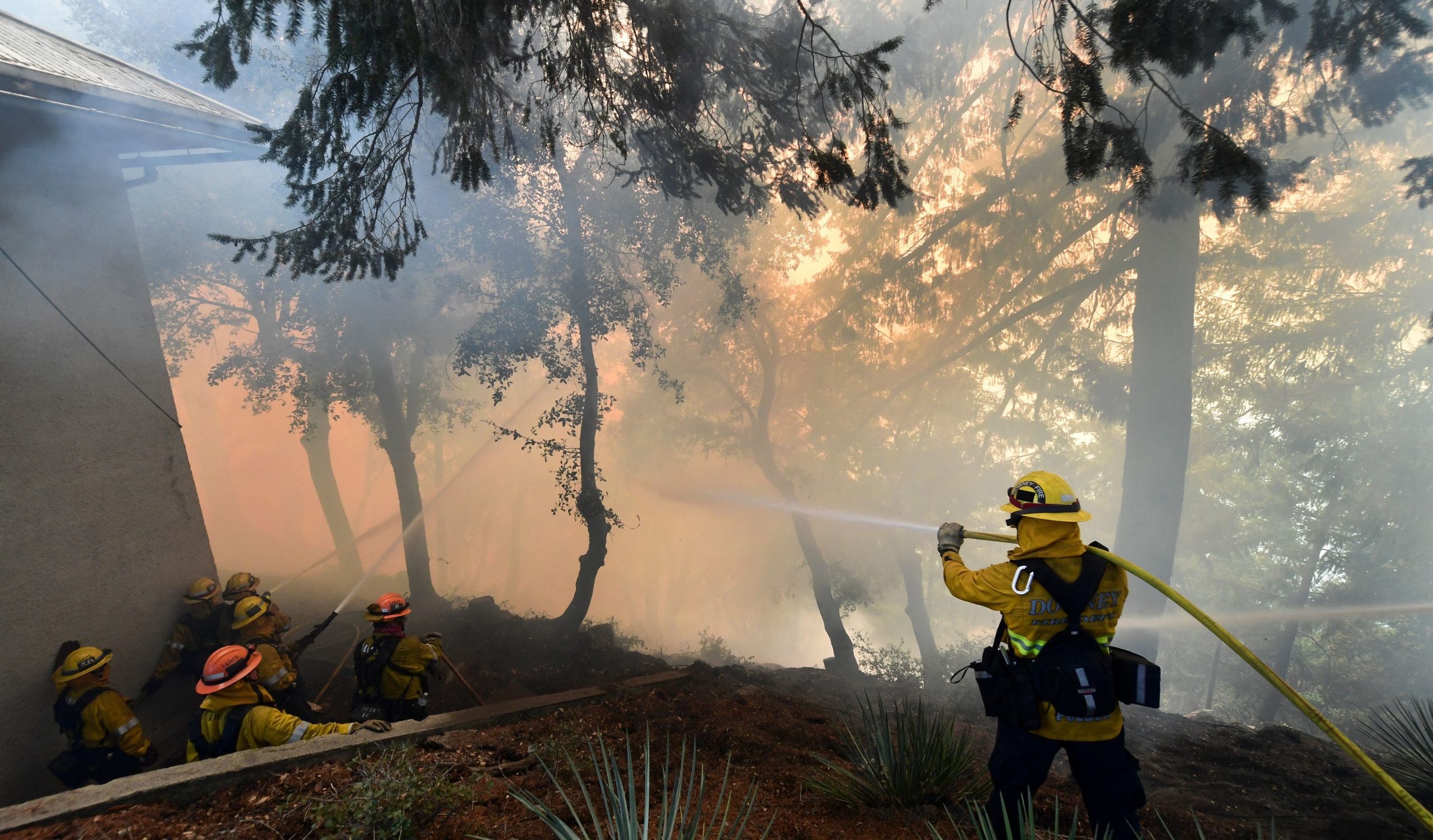 Firefighters work to protect a building at Mt. Wilson Observatory as the Bobcat Fire burns in the Angeles National Forest, northeast of Los Angeles, California on September 17, 2020. – The Bobcat Fire erupted on September 6 near the Cogswell Dam and West Fork Day Use area northeast of Mount Wilson within the Angeles National Forest, expanding from 46,263 acres to 50,539 acres since September 16 while remaining only 3% contained. (Photo by Frederic J. Brown/AFP via Getty Images)

The cause of death is still under investigation. No further information has been released.

The wildfire was started by a “smoke generating pyrotechnic device” that was used during a gender reveal party, the Cal Fire San Bernardino Unit said. The people responsible, whose identities have not yet been released, could be held criminally liable for the fire, the fire department noted.

Wildfires have devastated Oregon, California, and Washington. There are currently 106 wildfires across the western United States, the U.S. National Interagency Fire Center said according to BBC News. Scientists described the fires as being the worst in 18 years.

So far this year, 6.7m acres have been burned and more than 30 people have died, BBC News reported.