Five Colorado rioters were charged Thursday for allegedly barricading officers in their own precinct for hours in July.

Nearly 600 demonstrators surrounded the precinct in Aurora, Colorado in what was described as an “occupation” by authorities, according to FOX 31. The mob, some of whom were armed, used vehicles and construction materials to keep over a dozen officers inside the building for seven hours, the local outlet reported.

“They prevented 18 officers inside from leaving the building by barricading entrances and securing doors with wires, ropes, boards, picnic tables and sandbags. Some members of the group carried handguns and rifles and wore military or tactical clothing,” the district attorney’s office said in a Thursday statement, according to Fox 31. 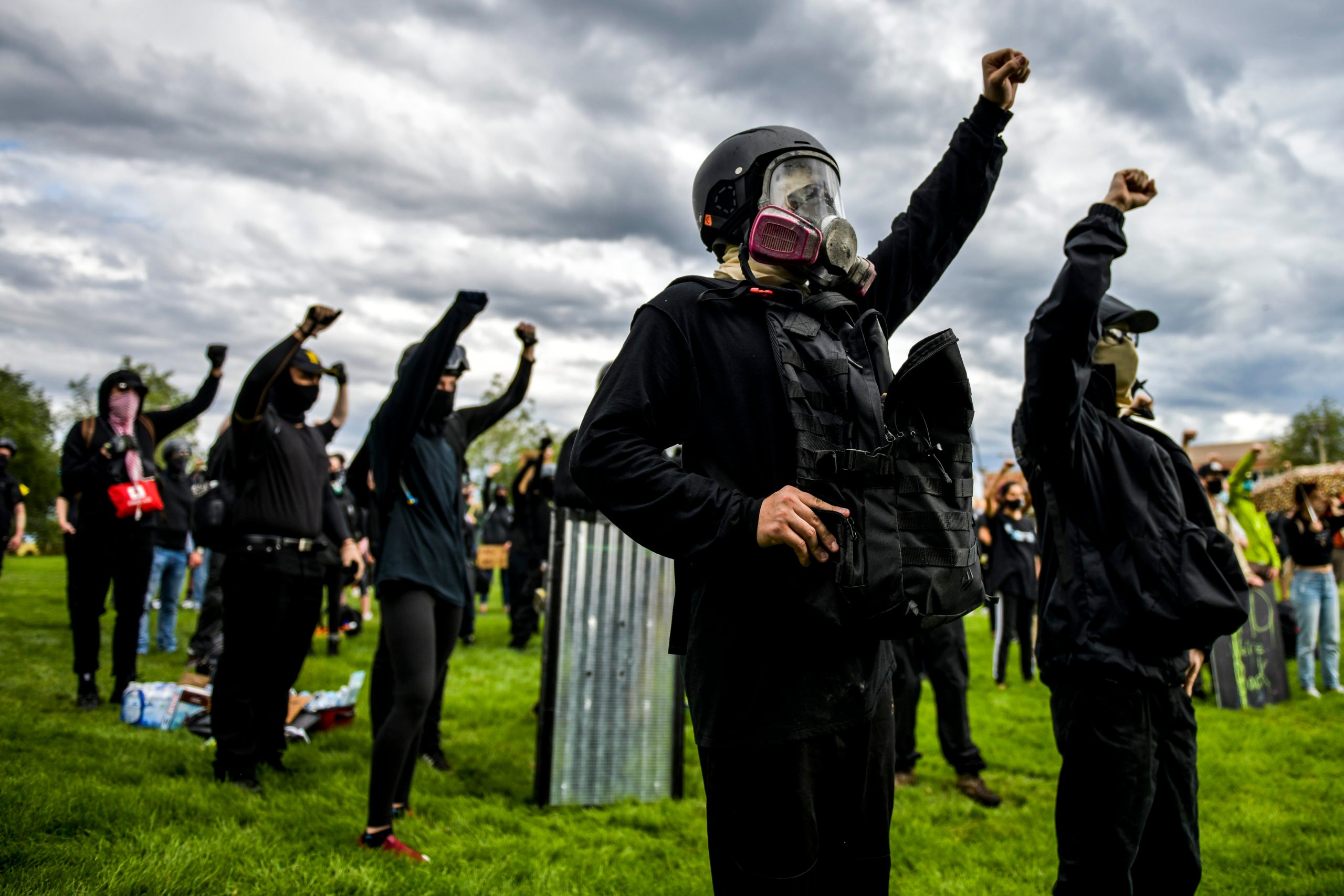 People raise their fists in the air as they protest the death of Elijah McClain outside the Aurora Police Department Headquarters on July 25, 2020 in Aurora, Colorado (Michael Ciaglo/Getty Images).

The five alleged rioters, ranging in age from 25 to 44, were charged with first degree attempted kidnapping, engaging in a riot, obstructing government operations, inciting a riot, false imprisonment, giving commands to commence a riot and attempting to influence a public servant, the local outlet reported. (RELATED: More Than 300 Demonstrators Have Been Arrested On Federal Charges Since George Floyd’s Death)

Officers were rescued by a tactical team on July 4 at 3 a.m., according to Fox 31. Violent demonstrators allegedly threatened to hold the cops in the precinct until two policemen from the department were fired, the local outlet reported.

“We support the First Amendment right of people to protest peacefully in our community but there is a difference between peaceful protests and a riot,” the office said in a statement, according to the local outlet. “When individuals cross the line and break the law, they will be prosecuted.”