A federal judge has blocked Michigan’s ban on paying drivers to transport voters to the poll, the Associated Press reported Friday.

District Judge Stephanie Dawkins Davis in Detroit ruled Thursday that Michigan’s law, which makes it a misdemeanor to hire drivers to transport people to the polls unless the voter has a disability, went against U.S. election law, the Associated Press reported. The rule has been on the books since 1895. (RELATED: Michigan Rejects More Than 10,000 Absentee Ballots, Including Some From Voters Who Died) 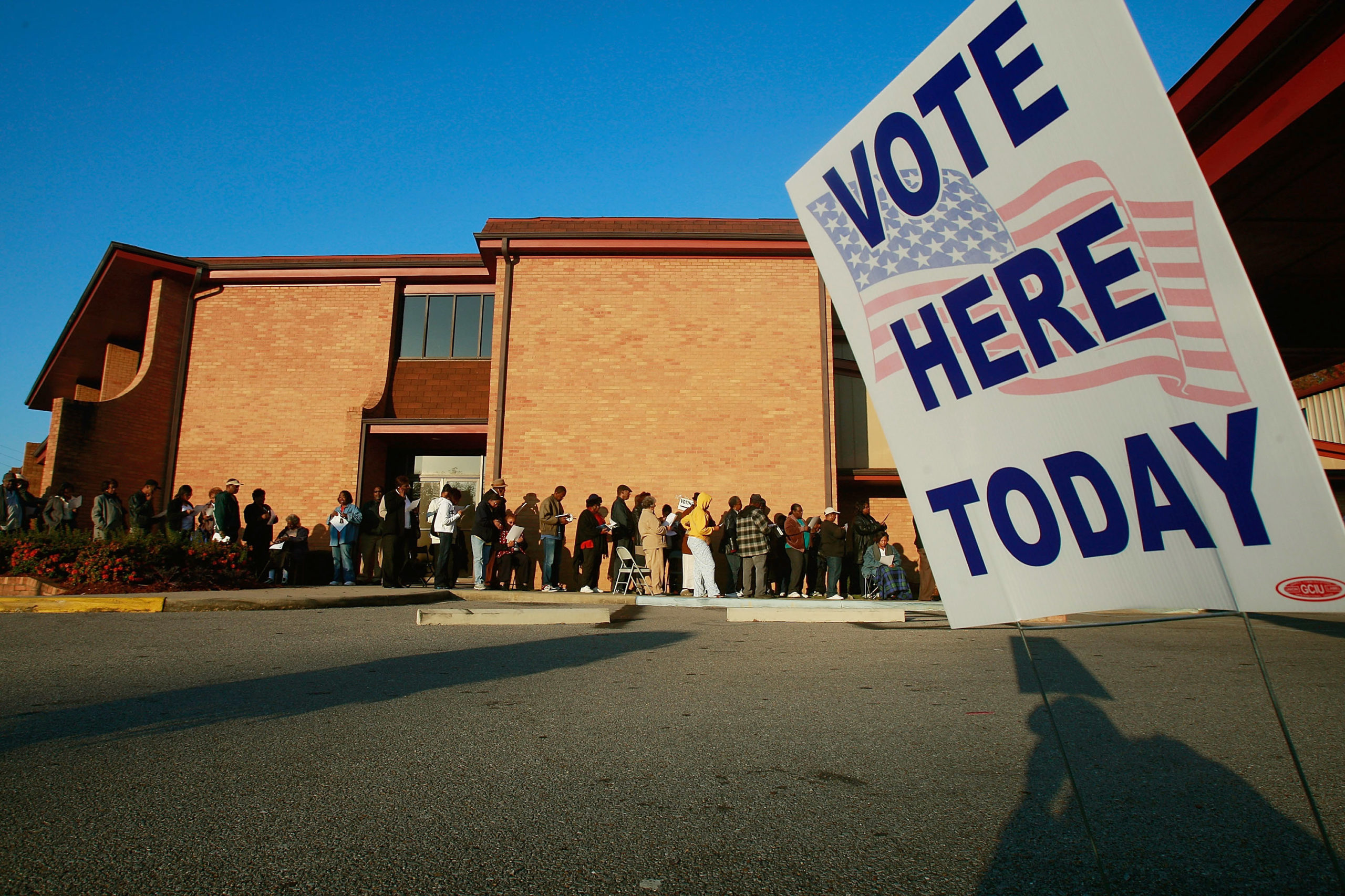 African-Americans line up to vote outside Bethel Missionary Baptist Church in the presidential election November 4, 2008 in Birmingham, Alabama. Birmingham, along with Selma and Montgomery, were touchstones in the civil rights movement where Dr. Martin Luther King Jr. led massive protests which eventually led to the Voting Rights Act of 1965 ending voter disfranchisement against African-Americans. Americans are voting in the first presidential election featuring an African-American candidate, Democratic contender Sen. Barack Obama, who is running against Republican Sen. John McCain. (Photo by Mario Tama/Getty Images)

“Congress implemented a statutory scheme and gave citizens the right to spend money on transporting voters to the polls,” the judge wrote, according to the Associated Press.

On election day in November 2018, Uber offered discounted rides to the polls in every state except Michigan, the lawsuit said.

The law was challenged by several groups including the liberal super-PAC Priorities USA, which focuses on mobilizing voters, and the Detroit/Downriver chapter of the A. Philip Randolph Institute, which is affiliated with unions, according to the report. They argue that it is already a crime to buy votes, so the ban on hiring drivers just serves to discriminate against people with disabilities.

The nonprofits also challenged a Michigan law that restricted helping people apply for absentee ballots. The judge rejected the challenge.