Speaker of the House Nancy Pelosi on Friday pushed back on a reporter’s question about if she would not support a smaller bipartisan coronavirus stimulus bill introduced Tuesday.

During a weekly press conference, Pelosi was asked about The Problem Solvers Caucus, who released a $1.5 trillion bipartisan coronavirus package and said a stimulus package must be passed before the election. Pelosi responded to the question by shutting it down and saying, “I’ve made my statement. Just go read my statement,” not going into any detail. 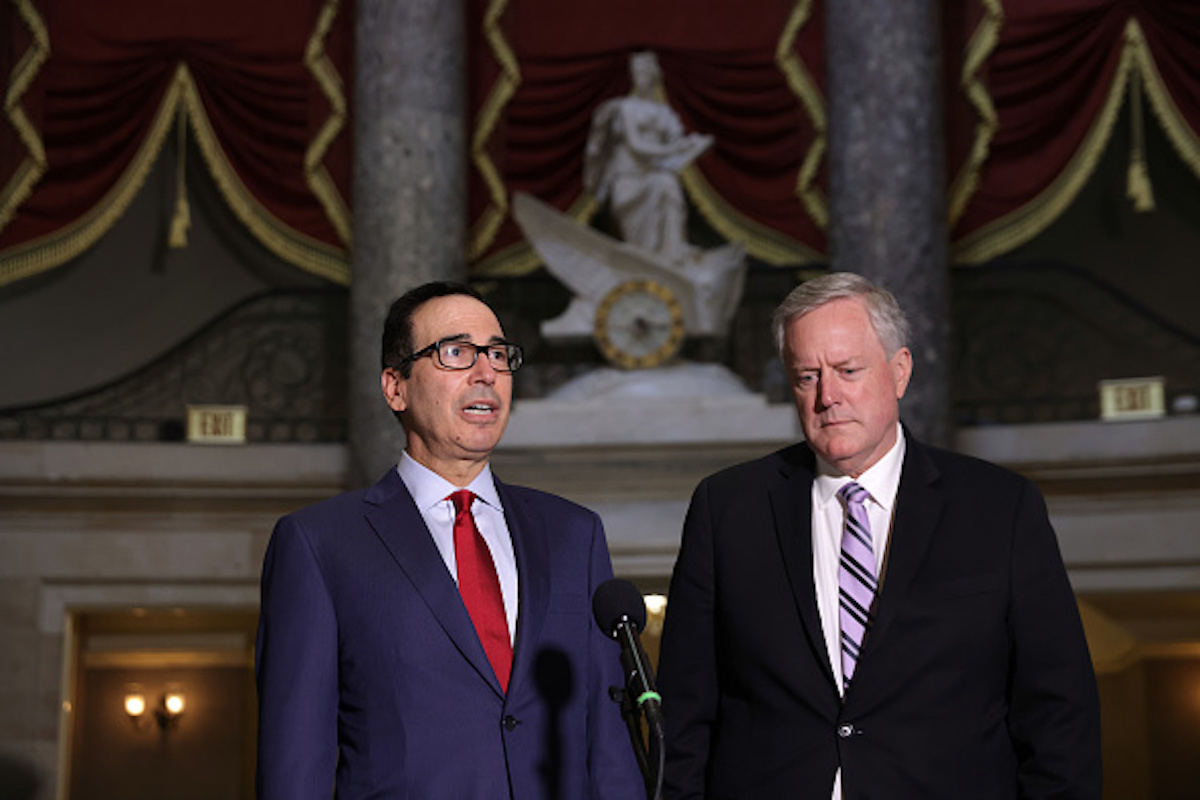 White House Chief of Staff Mark Meadows and Secretary of the Treasury Steven Mnuchin speak to members of the press after a meeting at the office of Speaker of the House Rep. Nancy Pelosi (D-CA) at the U.S. Capitol August 7, 2020 in Washington, DC. (Photo by Alex Wong/Getty Images)

The caucus, which has 50-members, 25 Republicans and 25 Democrats spent six weeks trying to write legislation they believe could pass both chambers and get a signature by President Donald Trump. Pelosi did not seem enthused, Fox News reported.

The previous week Republicans offered a relief package, however, Democrats in the Senate voted to block the passage after months of stalled negotiations between Democrats and Republicans. (RELATED: Senate Democrats Block Coronavirus Stimulus Package)

The vote was 52-47, and the measure needed 60 votes to pass. The $500 billion bill would include a federal unemployment benefit, Paycheck Protection Program (PPP) funding and additional money for more coronavirus testing. If the bill was passed, money would have been directed to schools. Every Democrat voted against the stimulus package. The only Republican who voted against it was Kentucky Sen. Rand Paul.