“I extend my deepest sympathy on the passing of Justice Ruth Bader Ginsburg. Justice Ginsburg led one of the great lives in the history of American law,” Barr said, according to an official statement. “She was a brilliant and successful litigator, an admired court of appeals judge, and a profoundly influential Supreme Court Justice.”

“For all her achievements in those roles, she will perhaps be remembered most for inspiring women in the legal profession and beyond,” Barr added. “She and I did not agree  on every issue, but her legal ability, personal integrity, and determination were beyond doubt.”

“She leaves a towering legacy, and all who seek justice mourn her loss,” Barr said. (RELATED: Past Presidents React To Justice Ruth Bader Ginsburg’s Death) 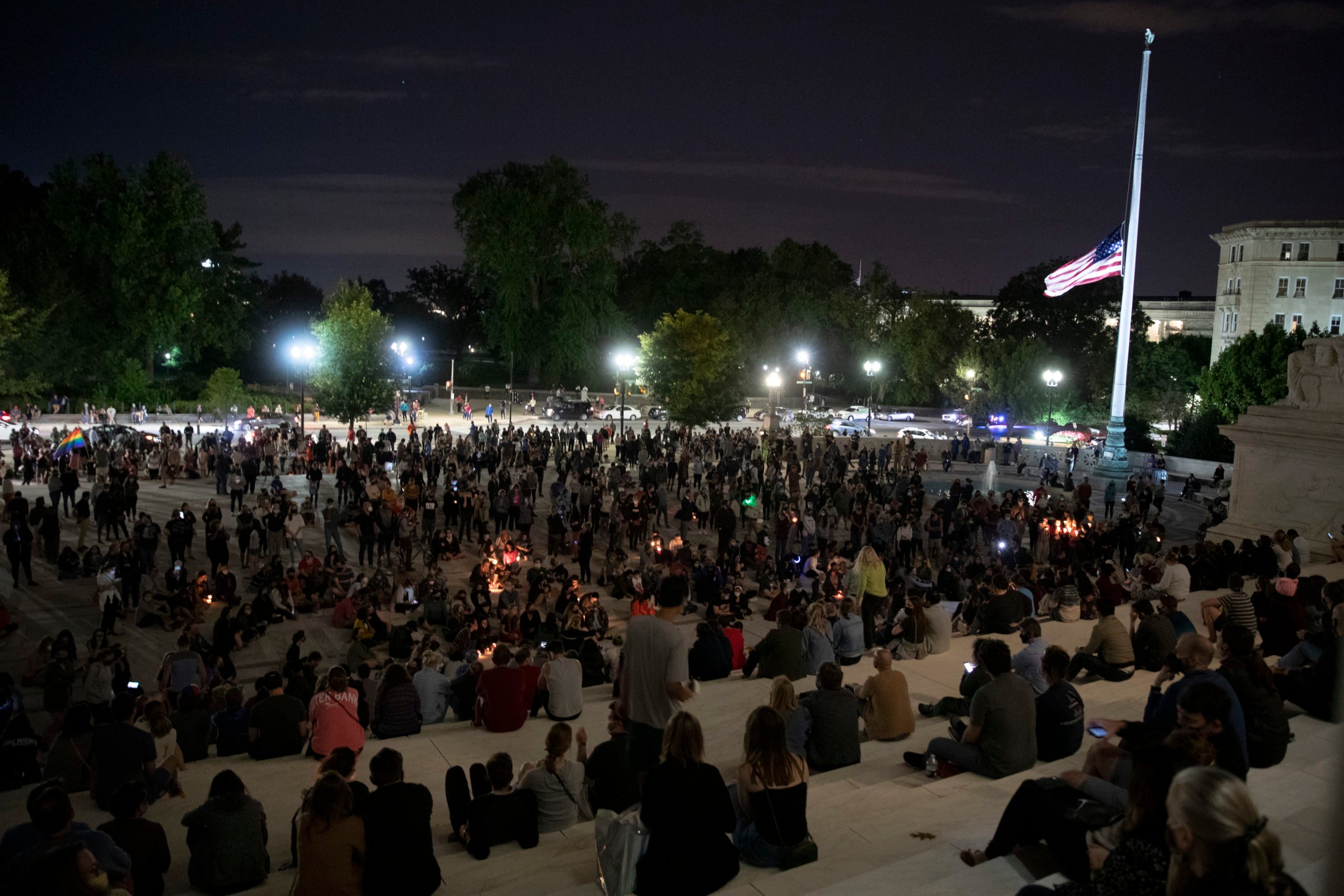 WASHINGTON, DC – SEPTEMBER 18: The national flag flies at half staff as people gather to mourn the passing of Supreme Court Justice Ruth Bader Ginsburg at the steps in front of the Supreme Court on September 18, 2020 in Washington, DC. Ginsburg has died at age 87 after a battle with pancreatic cancer. (Photo by Tasos Katopodis/Getty Images)

The Supreme Court announced Ginsburg’s passing, noting the cause of death as complications from metastatic pancreatic cancer. She died at home with family present.

Ginsburg’s death comes ahead of what is expected to be a contentious election due to mail-in ballot issues. However, Ginsburg had one last wish, according to a report from NPR.

“My most fervent wish is that I will not be replaced until a new President is installed,” Ginsburg told her granddaughter, Clara Spera.