New York police are searching for a man who was caught on video destroying a statue of the Virgin of Guadalupe outside a Catholic Church in Brooklyn, numerous sources reported.

Surveillance video captured a man in a hat climbing a fence outside Shrine Church of Our Lady of Solace, and then grabbing the statue of the Virgin Mary, knocking it over and hurling it onto the sidewalk, according to CBS2.

A was man caught on camera vandalizing a statue of Our Lady of Guadalupe outside a church in Brooklyn, NY. In El Paso, a suspect is in custody for the destruction of a statue of Jesus at a cathedral. @matthadro @cnalive looks at these attacks on churches: https://t.co/tTA4CRDCl0 pic.twitter.com/LnExvP1uAM

The Virgin of Guadalupe, one of the most iconic images of the Virgin Mary, is an important part of Mexican-American identity. The Virgin has long been recognized as the patron saint of Mexico.

When Maria Perez was asked by CBS2’s reporter what the Virgin of Guadalupe meant to her, she responded “My mother.”

One resident witnessed the incident, and told CBS2 that after the video ends, another man tried to fix the statue and he and the suspect got into an altercation.

“The other guy came trying to put the statue back. And that’s when they started fighting because the other guy, they were drunk,” Sara Marerro, the resident, said.

The statue was worth $4,000 and the church is now raising funds for a new one amid financial hardship due to the pandemic. Police are searching for the suspect.

John Quaglione of the Diocese of Brooklyn said people often stand at the shrine to pray, especially on 9/11 when the city was mourning the tragedy that occurred 19 years ago.

“To attack the Blessed Mother on 9/11 in broad daylight is not only brazen, it’s a direct assault of the people that were walking by that day wanted to have a moment of prayer to themselves, wanted to remember someone they may have lost,” Quaglione told CBS2. 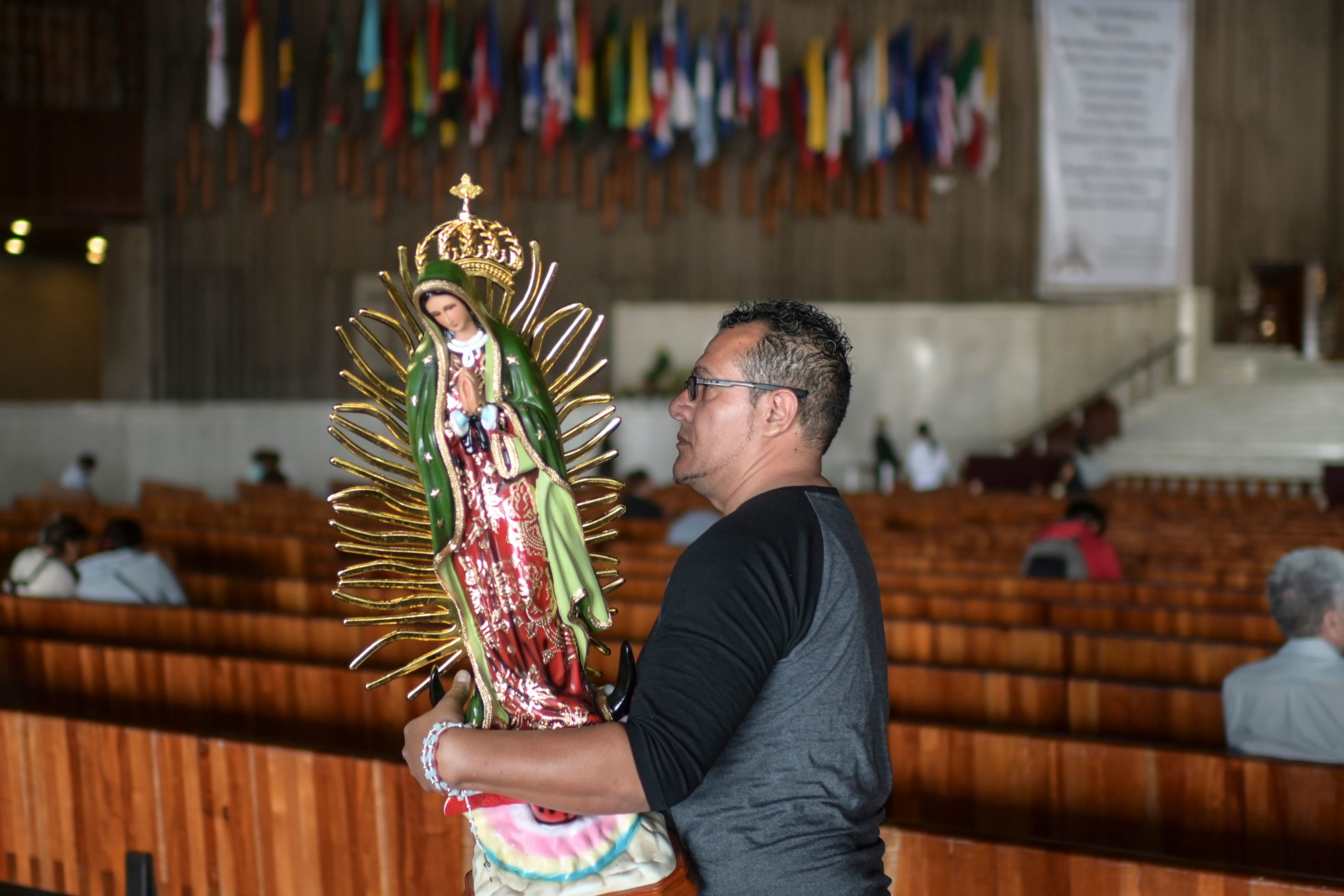 The incident follows several other attacks on Catholics in September, and many others throughout the summer.

In the months prior, roughly a dozen statues at Catholic Churches were decapitated, set ablaze, and destroyed. One case involved charges of attempted murder when a man in Florida crashed his vehicle into a church and then poured gasoline into the foyer area and set it aflame while parishioners were inside preparing for mass.

U.S. lawmakers have expressed concern over the “series” of attacks, and some have written to Attorney General Bill Barr on the subject.

“There is definitely cause for concern about a rise of hostility towards religion given the apparent rise in vandalism happening in places of worship,” he wrote.

Republican Louisiana Sen. John Kennedy also wrote to Barr in August, saying “Catholics are under attack in America. That is a sentence I hoped I would never have to write, but it is the reality we are facing.”